Why Dogecoin Co-Creator Is Accusing Mark Cuban Of Scamming Investors

Dogecoin co-creator Jackson Palmer has once again taken to the Internet to spew his disdain for the cryptocurrency industry. This time, he lashes out at Mark Cuban, owner of the Dallas Mavericks.

In an interview with Business Insider, the Adobe specialist stated that billionaire entrepreneur Cuban and other prominent investors have “drunk the Kool-Aid” regarding cryptocurrencies and NFTs.

A person who “drinks the Kool-Aid” is one who believes in a potentially hopeless or silly concept because of the promise of large benefits. This expression is usually taken in a pejorative sense.

Palmer told the news outlet that he believes Cuban has been hoodwinked into believing in NFTs and cryptocurrencies, pointing out that Cuban is not paid as a celebrity to promote digital currencies. 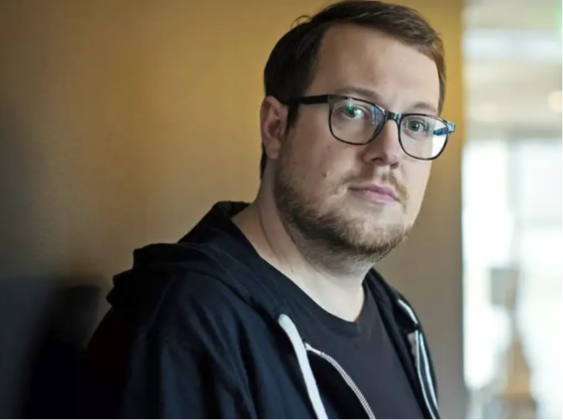 Is Cuban Brainwashed About Crypto?

“Cuban has kind of been indoctrinated into believing that these things are the future,” Palmer said.

Palmer is one of the two creators of the Dogecoin meme coin. He and Billy Marcus developed the coin as a parody of the hypothetical aspect of cryptocurrencies.

Elon Musk, CEO of Tesla and SpaceX, consistently supports Dogecoin, one of the top 15 cryptocurrencies by market capitalization.

Palmer directed similar criticisms at Musk in May, claiming that he was a “grifter” attempting to sabotage Twitter. He also asserted that Musk lacks the ability to execute simple coding.

While Marcus retains a sarcastic stance toward the cryptocurrency industry, Palmer has been openly hostile for years.

Palmer continued by arguing that Cuban and venture capitalists such as Andreessen Horowitz’s Marc Andreessen and Chris Dixon are conducting a type of “scam” by funding the cryptocurrency industry.

Grift is the act of acquiring money or property in an illicit manner.

“That is more of a grift to me because they see it as an ongoing way to obtain profit… they want to be in control or have ownership or a large stake in this sort of extractive, shady cryptocurrency system,” Palmer said.

Cuban and Andreessen are general partners at Andreesen Horowitz, one of the crypto industry’s most involved VC firms.

Jack Dorsey, co-founder and former CEO of Twitter and current CEO of Block, has made similar claims about Andreesen’s involvement in a scam.

Neither Dixon nor Andreesen responded to a request for comment from Business Insider.

Cuban, for his part, fired back by saying Palmer’s statements don’t come as a surprise. He said:

“Sounds like the same thing that has been said about every new technology that I have been involved in.”