What Is ‘Web5’ and How Is it Different From Web3? 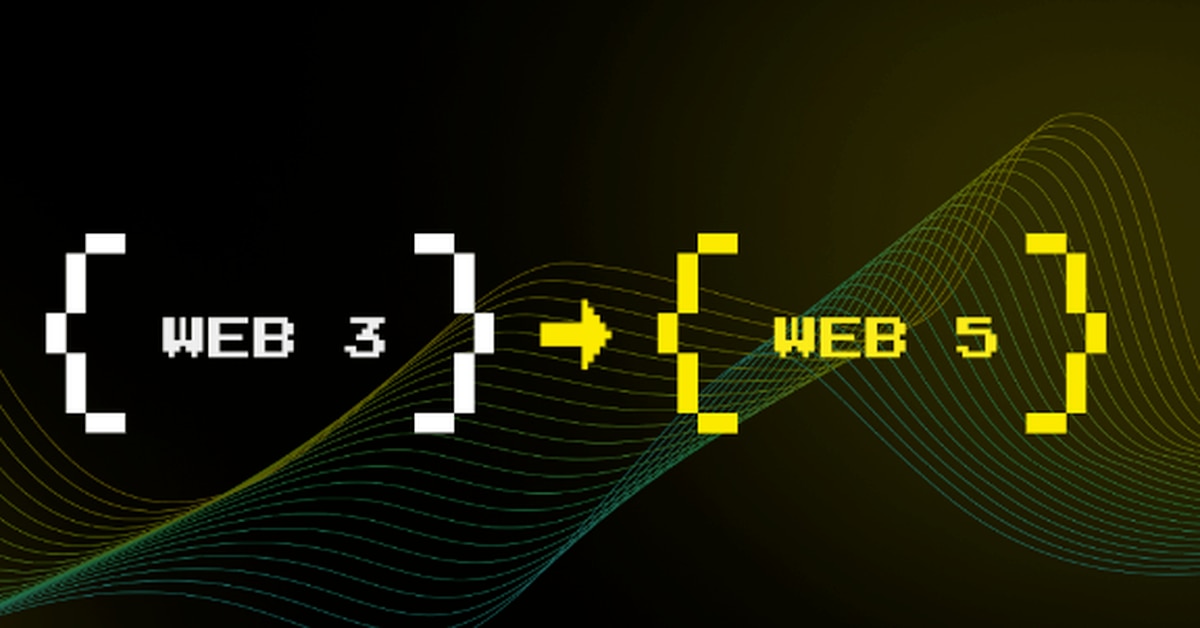 The world is still collectively pondering Web3: a decentralized set of protocols adding a (arguably) censorship-resistant financial layer to the Internet. So why did Jack Dorsey, creator of the web2 platform Twitter, skip this step? To what he calls “Web5”? It turns out that despite the name, Web5 doesn’t follow Web4. Announced in June 2022 by TBD, the crypto and decentralized finance arm of Dorsey’s payments company Block (née Square), the Web5 platform, which has yet to be built, is firmly based on Web3 technology but promises “a stronger… decentralized web platform.” Web2 (centralized content platforms like Twitter or Facebook). 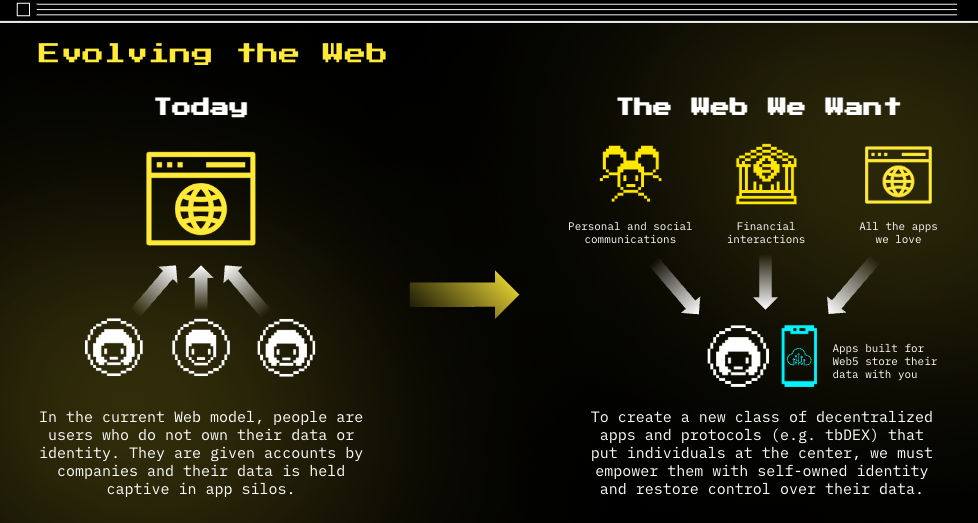 The core idea of ​​Web5 is to “give you control of your data and your identity,” a core tenet of Web3’s decentralized identity systems. Instead of inviting users to sign up for an account on a centralized platform (like an Instagram account), Web3 protocols refer to users via their crypto wallet addresses. Protocols like Ethereum’s Name Service allow users to turn their wallet’s confusing alphanumeric string into a word or phrase (like jane. eth), much like the Domain Name Service (DNS) allowed websites to have addresses as coin switches com instead of a long string of numbers like 54.235.191.121. Decentralized data storage is a concept that already exists and is powered by platforms like Filecoin and IPFS.

Dorsey’s Web5 offers similar capabilities. Instead of an Internet that relies on company-provided accounts that trap customer data “in application silos,” Web5 operates “a new class of decentralized applications and protocols that are human-centric.”

There are three pillars at the core of Web5: proprietary decentralized identifiers, verifiable credentials, and decentralized web nodes for storing data and routing messages. It sounds a lot like what decentralized identity services have been doing since the launch of the Ethereum name service in May 2017. So what’s new here, aside from another stab toward decentralized identities? Part of the answer may lie in Dorsey’s allegiance to Bitcoin and his aggressive rejection of Web3 culture. For Dorsey, Bitcoin launched in a truly decentralized way in 2009 is the only cryptocurrency that matters; the rest has been corrupted by venture capitalists who bent the platforms to their will.

Consequently, Web5 runs without “special utility tokens or subjective consensus” that are part of token governance protocols controlled by a decentralized autonomous organization (DAO), like the Ethereum Name Service.

In this way, Web5 sounds like an attempt to rid Web3 of the centralized players that Dorsey attributes to the fouling of the decentralization mission. Zion, a self-described Web5 app, uses the Bitcoin base layer to help content creators collaborate with fans. But avoiding corruption is difficult: the burgeoning Web5 community has already resisted attempts by TBD to trademark the term Web5. The other difference from Web3 is that Web5 works with existing Web2 services.

The Web5 pitch deck is an example of how Groove adds a playlist to a Web5 user’s decentralized id that another music service, Tidal, can use to create their playlists within the app.

The decentralized identifier prevents users from having to recreate their settings on another platform.

The other example of Web5 TBD involves a user allowing their hotel, airline, and car rental company to add information about their trip to their database. Users can revoke access anytime and select another service to “help” them. Check out your itinerary. Again, the idea is to tie data usually locked away in centralized services – something TBD describes as “a massive, unworkable mess” to a single, user-driven identity. Think of it similar to how many websites and apps use a user’s Google account to log in, but in this case, it is a single sign-on with a decentralized network of nodes.

Will it work? We will see. So far, the only decentralized identity service that has caught on is the Ethereum Name Service. The only data storage system that ranks is the Interplanetary File Service (IPFS).

One of the most important things that characterize TBD’s ambitions is the support of his billionaire father, Jack Dorsey. But it’s unclear how Web5 would make money or why the company would create such a service other than for ideological reasons. Strategy consultant Adrien Book summed up the problem quite well in a Medium post following Web5’s announcement: “Jack seems to want to keep the flavor of Web3 without the calories”. “You are naïve”.