What Animal Crossing: New Horizons Can Teach You About Finance 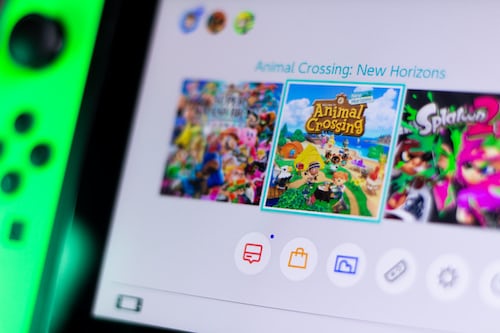 Animal Crossing: New Horizons (AC: NH), is a videogame for the Nintendo Switch console that takes place in a fantastical world in which all of your gig-economy jobs and side-hustles can comfortably cover a home mortgage. You also live in a village of talking animals, but the outlandish nature of that first premise makes the talking animals seem almost mundane.

AC: NH is a game in which you live in an idyllic island village and catch fish, harvest fruit, and craft items while making friends with the talking animal-people who live there with you. All of these activities can earn you the in-game currency, Bells, which you use to pay the mortgage you take out to purchase your island home, and also to improve your house and island.

Since its release on March 20, 2020, the game has sold more than 13 million copies, selling more in its first six weeks than any previous entry in the Animal Crossing series sold over their entire production run beginning in 2001.1

Unsurprisingly, a game that prominently features making mortgage payments offers a lot of lessons about finance and economics, both within the game itself and in the commerce that has sprung up between players. Here are the five lessons in finance and economics that AC: NH can teach us.

The law of supply and demand is arguably the most fundamental principle in economics. At its most basic, the principle says that when the price of a good is high, buyers will demand less, and sellers will supply more, and vice versa. In general, prices for most in-game items don’t fluctuate within AC: NH: you’ll always get the same price for a piece of furniture from the Tanuki entrepreneurs, Timmy and Tommy, regardless of how many you’ve sold. The same can’t be said about the markets that have sprung up outside the game to allow players to buy and sell various in-game items.

Players who want a particular piece of in-game clothing, furniture, or other items can use one of the many message boards or chat rooms that have emerged to enable commerce between players. One example is Nookazon (a portmanteau of the in-game Tanuki mortgage lender, Tom Nook, and e-commerce site Amazon), which offers a platform to advertise item sales and to allows buyers to search for particular items and compare prices.

An even more extreme example is the market in which people will pay real-world currency for in-game products, not to Nintendo as part of a micropayment scheme, but to other players in burgeoning secondary markets. First, as has been the case with online videogames for quite some time, there are ways to purchase in-game currency for real dollars on eBay.

The other way real money has gotten into the picture is that some villagers can be automatically moved to your island by using a type of trading card Nintendo sells, called an amiibo card. The card has a near-field communication-chip that you use with your Switch to scan and recruit a particular villager, rather than just having a random one move to your town.

Because the cards are sold in randomized packs, and some villagers are substantially more popular than others, this has created a strong secondary market to resell certain cards, often for huge markups. This shows how an artificially limited supply often causes prices to rise. And this has further driven a black market in amiibo cards in which people will program in the code for a villager to an NFC chip and sell it, similar to how a knockoff designer clothing fills the demand for the limited supply for the real thing.

Arbitrage and the Prices

In AC: NH, your island has some fruits that are native to it, and you can sell them to the in-game store for a certain amount of bells. However, if you visit another player’s island, which will often have different fruits, and bring them back to your island, you can sell them for a significantly higher price. This is an example of arbitrage. Arbitrage is when you buy an item in one area and sell the same thing somewhere else, where the price is higher.

What makes arbitrage important, is that it is a mechanism that helps set prices. In AC: NH, Tommy and Timmy will always buy fruit from other islands for a high price no matter how much you sell. However, when arbitrage happens in real life, it raises the supply of that good in the market you bring it to, which according to the aforementioned laws of supply and demand, lowers the prices. It also raises the price of the good where they took the originally bought the good, as supply is now lower there.

Theoretically, people will keep arbitraging until the price is even between the two markets. Now, because it costs time and effort to resell things, this process never exactly evens out prices, it does allow many goods to have a surprisingly uniform price across the world. This is how there can be a “price of oil,” even though it’s pumped all across the world.

A long-time feature of the Animal Crossing franchise has been the ability to buy and sell turnips whose prices rise and fall, allowing you to make money in the “stalk market.” The turnips, originally sold by sow Joan, and now by her daughter, Daisy Mae (blame the English translation team for the puns, not me) are purchasable each Sunday. You have the next week to find a higher price until they go bad.

Turnip prices are based on a particular algorithm in the game’s code, one that some enterprising players have examined and created, such as the Turnip Prophet app, to analyze what your prices are, and use the algorithm to determine when you should sell. This process uses the two primary analytical approaches employed by many real-world investors to analyze stock investing.

The first is fundamental analysis, which is based on looking at the profitability and value of the company that issued the stock. While it is an arbitrary algorithm that underlies Turnip prices, the principle is the same: whenever you invest, look at the underlying fundamentals that the investment represents.

The second is technical analysis, which analyzes patterns in the movement of stock prices in order to try and predict where they will go next. The way Turnip Prophet finds out what your prices are likely to be is by collecting historical data about your prices, and how they’ve moved. While there is no underlying algorithm to stocks, the principle is the same that understanding the pattern of asset prices can help you invest.

Turnips in AC: NH rot after a week, meaning you will lose your investment if you don’t sell them by Saturday nights.

Unlike stocks, turnips are a physical item that takes up space. In this case, space in your character’s limited inventory of items they can hold, or on the ground on your island. This makes them very much like commodities such as oil, and they can help explain some of the odder facets of commodity prices.

Notably, in April 2020, the price of oil went negative, which is counter-intuitive. Even if you can’t sell oil, isn’t it just worth $0? The answer lies in the fact that oil, like turnips, takes up space, and storing it means paying rental fees or maintenance costs for storage. When oil went negative, it meant that the cost of storing the oil until it could be sold was larger than the price it would eventually sell for, and therefore it was a better financial move to pay someone to take the oil, and its storage costs, away. If your inventory is full of turnips on a day when their price is very low, and you have the opportunity to catch a rare tarantula you can sell for quite a few bells, holding them actually loses you currency.

This is also why bonds with negative interest rates get sold. Bonds with negative interest rates actually mean you pay the seller interest to hold them, rather than vice versa. Again, it seems strange that anyone buys these. Why not just hold cash, which has a 0% interest rate? If you’re a company like Apple who has $40 billion in cash, putting that money in a big box, Scrooge McDuck style, becomes an insurance nightmare. The risk from a fire, flood, or theft is so enormous, that the insurance costs alone would make that box far more expensive than a relatively small negative interest rate. Just as how, if you leave your turnips on the ground, people coming to your island could steal them, or they could go bad if you forget about them.

One of the subjects of near-universal agreement among economists is that investment in infrastructure significantly improves economic activity. The investment the U.S. has made in the Interstate Highway System has paid off many fold in terms of spurring economic growth.

This is even true in Animal Crossing, where the player is limited to a small island. The island has cliffs that require a ladder to scale, and bridges that require a pole to vault over. Not only does this take up time to switch between different tools to travel around the island, but doing so can actively reduce economic opportunities, as ladders and pole vaulting can scare away bugs and fish. The player can invest in-game money to create bridges over rivers and create stairs in cliff-sides, allowing the player to easily travel through their island and accumulate bells even faster.