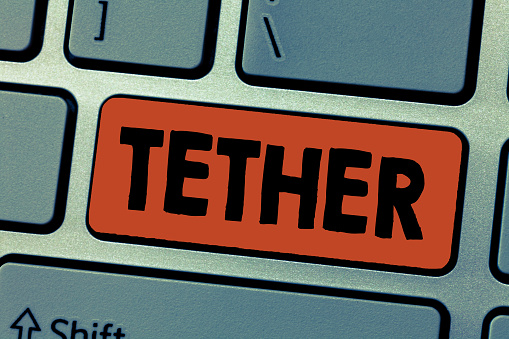 The first USDT stablecoin transaction on a Lightning channel happened earlier this week as Synonym showcases broader use cases for Bitcoin.

Bitcoin company Synonym sent the first USDT stablecoin transaction on the Lightning Network earlier this week to demonstrate how Bitcoin and Lightning could be leveraged for cheap and quick issuance and transfer of tokens and credit.

While Bitcoin provides a decentralized and immutable monetary network and Lightning enables the scaling of that system with a payment protocol, Synonym argues tokens could bring further innovation to the ecosystem as they allow the issuance of private credit and reputation on top of the robust two layers. At the same time, tokens can benefit from Lightning’s low-fee and instant transactions for a better user experience.

“Databases don’t offer the digital bearer instrument that Bitcoin does,” said Synonym CEO John Carvalho in a Twitter space on Friday when asked why to implement tokens on Lightning when supposedly easier options like databases on centralized servers exist. He added that the company does encourage users and developers to highlight new technologies and alternatives as ultimately Synonym might gravitate towards the most optimal solution.

Synonym’s current implementation relies on the Omni Layer, a decentralized asset protocol for Bitcoin, and OmniBOLT, which ports that layer’s functionality to Lightning channels.

According to Carvalho, an Omni transaction is a Bitcoin transaction with extra metadata, meaning it doesn’t require a separate blockchain that alternative protocols for asset issuance commonly leverage.

The feature is not yet broadly available to the public. Paolo Ardoino, CTO of Synonym’s parent company Tether Holdings, said in the live discussion that there is still much work to be done on Omni and OmniBOLT to consider the token-on-Lightning functionality ready to be released.

Synonym plans to release a mobile wallet and a browser extension wallet in the coming months that will support tokens on Lightning and Slashtags, a web-of-trust-like protocol the company teased last year. Finally, a partnership with Blocktank is expected to aid with Lightning liquidity.