This investor is bullish on Alibaba, says now is a ‘great opportunity’ to buy 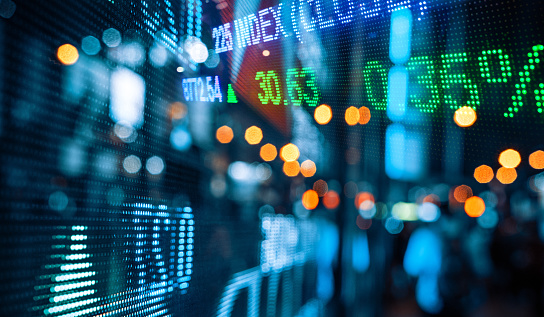 Lockdowns in China could be a boon for businesses like Alibaba, says Sam Le Cornu of Stonehorn Global Partners, who said his firm is buying more shares in the Chinese tech giant.

“We’re increasing our position in Alibaba,” Le Cornu, CEO and co-founder at the investment management firm, told CNBC’s “Street Signs Asia” on Thursday. “Based on valuations and the earnings outlook, we see that it’s a buying opportunity.”

As the pandemic stretches into its third year, China continues to press on in its strict zero-Covid strategy, with lockdowns being implemented in cities following the discovery of only a handful of infections. In late December, the major Chinese city of Xian went into lockdown despite having a confirmed Covid case count that is much lower than what other cities overseas have reported.

Such situations could benefit e-commerce platforms like Alibaba’s Taobao and Tmall, as consumers will still need to buy goods, but have limited opportunity to visit brick-and-mortar stores, said Le Cornu.

“Take what happened last time when there [were] lockdowns, when it first originated in China — Tencent, Alibaba, JD, Pinduoduo all did well,” he said. “You look at Alibaba and I think it’s a great opportunity with those lockdowns.”

Amid U.S.-China tensions, fund manager says one financial firm will do well

The investor also said he was “pretty impressed” with how Alibaba is navigating some of the macro headwinds.

In addition to concerns that a slowdown in consumer spending in China could affect sales for firms like Alibaba, China’s domestic tech sector has also come under heavy pressure amid a months-long regulatory scrutiny from Beijing.

Asia markets, in particular Hong Kong’s Hang Seng index, had a “tough year” in 2021, the CEO pointed out.

The city’s benchmark index tumbled around 14% in 2021, and was the worst performing market in Asia-Pacific.

“You’ve got the price-to-book in this market at 30-year lows or almost all-time lows and if you look at the composition of it, there’s a lot of … undervalued, oversold positions,” he explained. The price-to-book ratio compares a stock price to its book value, and is usually used to measure the value of a stock.

Bank of America names its top China ‘gems’ for 2022

China stocks could bounce, but strategists warn buyers should beware

The broader Asian region also appears “relatively undervalued” at a time when major indexes in the U.S. are hitting all-time highs.

As a result, there might be a rotation away from the developed markets into emerging markets, Le Cornu said, pointing out that it comes as China appears to be in the middle of policy loosening, while the Federal Reserve suggests the start of a tightening cycle in the U.S.

U.S. markets tumbled on Wednesday following the release of the Fed’s December meeting minutes, which showed officials at the central bank ready to aggressively scale back policy help. The sell-off continued in Asia and Europe on Thursday, with tech stocks and cryptocurrencies falling sharply.