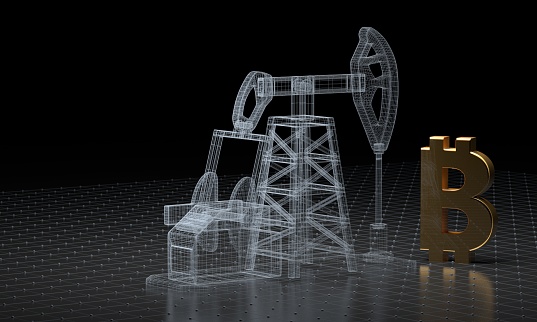 One of the world’s largest industries — oil and gas — is converging with magic internet money infrastructure, but bitcoin’s prolonged market selloff has taken some of the shine off of these monumental partnerships. Some cryptocurrency traders are even facetiously asking if energy will be a new bullish narrative for Bitcoin, bringing wind to fill its metaphorical sails as the leading cryptocurrency sits over 50% below its record price highs from late 2021.

Jokes aside, the “energy narrative” for bitcoin mining is real and gaining momentum as a growing list of mining companies and energy producers join forces. Assessing the short-term price implications of these partnerships are well outside the scope of this article, but the long-term benefits for bitcoin mining as an industry and the broader bitcoin economy are enormous. This article overviews the partnerships that are leading the merge between bitcoin mining and oil companies, and it offers some summary analysis into the specifics of why these corporate unions matter.

In the news media and general discourse, the focus on partnerships between miners and oil companies has primarily centered on North America. Most of this attention is being paid here for good reason as several of the biggest names in the oil industry are working with North American miners.

In 2021, ExxonMobil reported annual revenue of more than $285 billion with global daily production during the same period reaching more than two million barrels per day of oil and gas. This titan of the oil industry is also reportedly working with a bitcoin mining company in North Dakota to turn otherwise wasted gas into energy for mining operations. This news spread like wildfire through the Bitcoin community when it was first published, but some off-grid mining teams already knew of Exxon’s relationships with miners. In August 2021, for example, Giga Energy co-founder Matt Lohstroh said Exxon was already selling some gas to miners.

But as the premise of this article suggests, Exxon is far from the only oil company dealing with miners.

ConocoPhillips is also supplying gas to bitcoin miners, which has been widely reported by various mainstream media outlets, including CNBC and Bloomberg.

Marathon Oil, a multi-billion-dollar oil company based in Houston, also powers co-located bitcoin mining operations with its gas. On its website’s page about emissions control, Marathon indicates it uses gas “that would otherwise be flared due to lack of a gas connection or gas takeaway capacity constraints [to] generate electricity to power co-located computing and data centers used for Bitcoin mining.”

EOG Resources, another American oil company, is also rumored to be dealing with miners by members of the industry, although official deals have not yet been reported.

American companies aren’t the only ones making headlines for their bitcoin-and-oil deals though. A subsidiary of the Russian oil giant Gazprom has been planning and building its own bitcoin mining venture on its oil drilling sites since late 2020.

Below the equator, oil wells in remote areas of Australia are being used by Canadian gas company Bengal Energy to power bitcoin mining machines. According to a report from The Australian, Bengal CEO Kai Eberspaecher said his team is “dealing with stranded assets,” adding that, “We were basically looking at six months of having wells ready but without an outlet.”

That sounds like a perfect fit for some off-grid hashing.

WHY THESE PARTNERSHIPS MATTER

Bitcoin mining as an industry gains mainstream legitimacy as more traditional energy companies start to work with bitcoin miners. Even though the total magnitude of ongoing partnerships is small relative to the entire mining industry, let alone the global energy market, the significance of these first few deals cannot be understated. Exxon and others are sprinkling legitimacy on a historically maligned, misunderstood and shadowed industry. These are some of the biggest names in oil and gas production working with companies who manage computing power for a barely-decade-and-a-half-old magic internet money industry. Even four years ago, the idea of all of these names inking contracts with mining companies would be nearly unbelievable. Other metaphorical dominos will inevitably fall soon.

That notion is hard to ignore as corporate energy titans sign deals with bitcoin miners. Of course, these mining partnerships occupy a very small share of Bitcoin’s total hash rate, but that share is sure to grow in the coming years.

WHERE EVERY MAJOR OIL PRODUCER IS A BITCOIN MINER

A future where every major oil producer is also a bitcoin miner — or at least operates a bitcoin mining arm — is very easy to imagine and could become reality soon. Particularly for the oil and gas industry, bitcoin miners continue to make inroads with more reported deals between these two industries. The milestones that these partnerships represent would be nearly unimaginable three to five years ago.

Even though bitcoin’s price is well off its record highs, the future for the infrastructure undergirding the Bitcoin network is brighter than ever. The union between oil producers and bitcoin miners is just beginning.