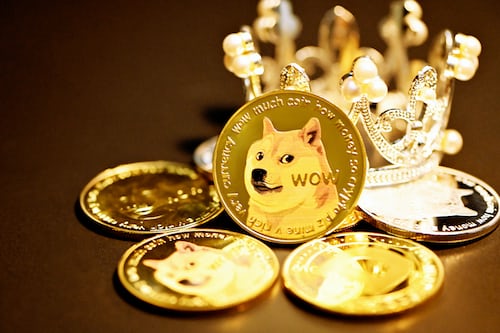 Ethereum whales have been known to go on large Shiba Inu buying sprees in the past. These whales have made bank off of the meme coin following its meteoric rise, but they are far from done when it comes to investing in the digital asset. The most recent reports of large buying among whales have come from the largest ETH whale by holdings, which has gone on a massive $7 million buying spree.

The number 1 Ethereum whale has been filling their bags with the meme coin recently. This whale had sold a massive stack of Shiba Inu tokens after buying but had sold less than a 10th of their purchase value. In a series of transactions, the Ethereum whale had bought a total of 536 billion SHIB tokens, which came out to a little over $7 million at the time of the purchase. The purchases which took place across the Binance and Coinbase crypto exchanges were split across around 14 different transactions.

The first batch of purchases saw more than $6.2 million in SHIB moved to their private wallet, a total of approximately 475.7 billion SHIB. In another series of transactions, about 4 in total, the Ethereum whale had bought another $795,262 worth of SHIB.

Following the massive accumulation, the Ethereum whale now holds almost $7 million worth of SHIB in their balance. This purchase follows another price dip in the digital asset, and the whale sold a little over $250,000 worth of tokens right after.

Despite the moves from this large investor, though, Ethereum whales have not been recording any significant activity in the digital asset. The whales have also dropped their holdings by a large margin since the beginning of the year, which is not helped by the continuous drop in the price of SHIB.

Presently, Shiba Inu makes up about 3.89% of the total holdings of the top 100 Ethereum whales. This is a large dip from the more than 20% that the token had made up during the peak of its rally. The dollar value of their holdings has not escaped the onslaught either.

Related Reading: It’s About To Be An Eventful Week In Crypto, Here’s What To Watch Out For

At one point, the top Ethereum whales held over a billion dollars worth of SHIB. Now, the top 100 whales hold a cumulative $152 million of the meme coin after turning their attention to other better-performing digital assets.

Tokens such as stETH and LOCUS now appear higher than SHIB on the list of top 10 holdings by the whales. At the same time, Shiba Inu’s price continues to struggle in the market, down more than 85% from its 2021 all-time high.

This article was originally published on bitcoinist.com