The invasion of Ukraine by Russia has shook the world, posing new hazards to the global economy. 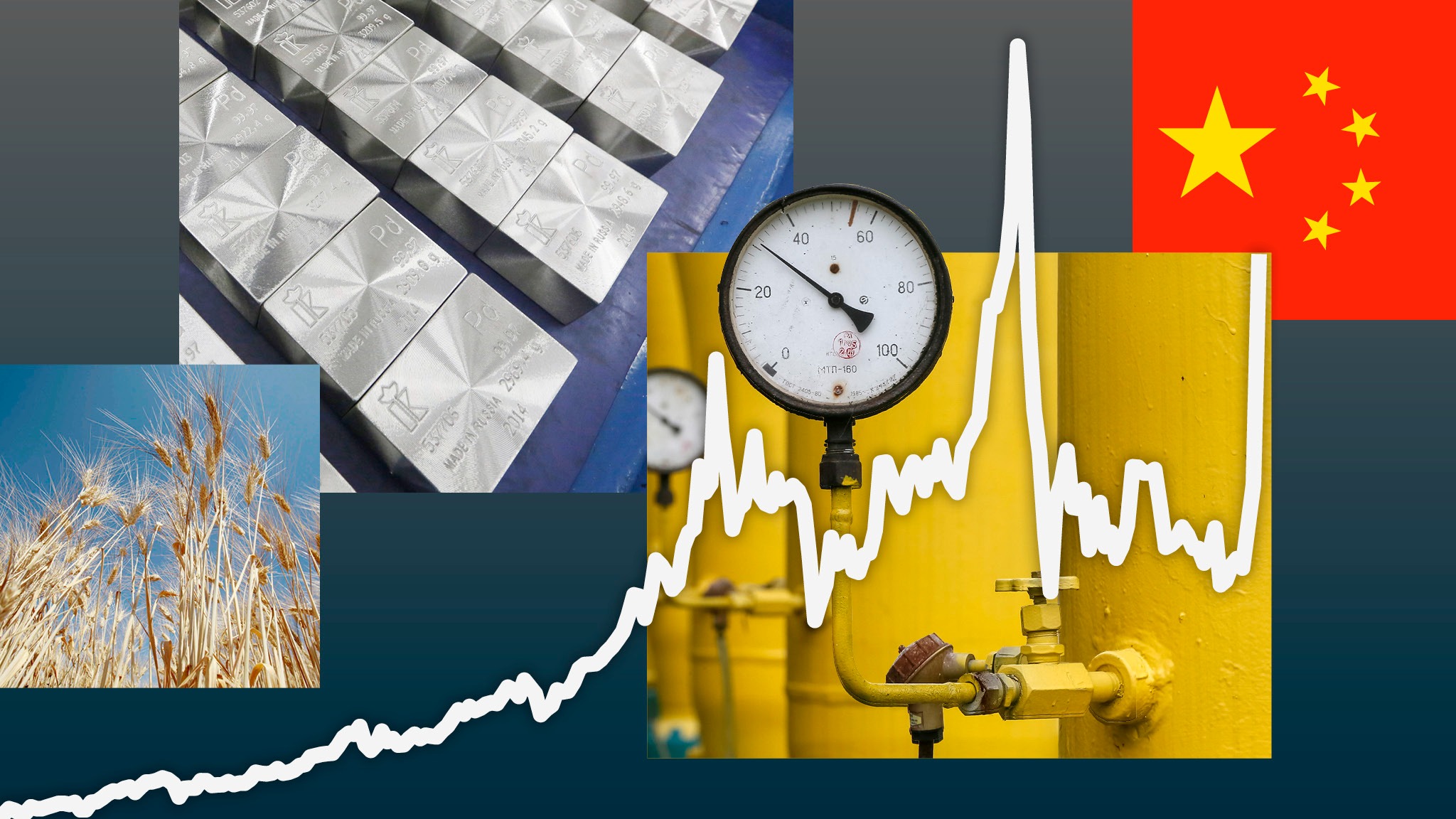 Russia’s invasion of Ukraine and the financial reckoning imposed on Moscow in response are proof that the triumphant globalization campaign that began more than 30 years ago has reached a dead end.

Fallout from the fighting in Ukraine will take a meaningful bite out of the global economic recovery this year, with the greatest impact in Europe, economists said. A spike in oil prices to more than $110 per barrel and renewed supply chain disruptions — including fresh headaches for the auto industry — also are likely to aggravate U.S. inflation, already at a 40-year high.

But the war’s long-term consequences could be more profound. Even before Russian President Vladimir Putin sent tanks and missiles hurtling toward Ukraine, years of deteriorating U.S.-China relations and failed global trade talks had stalled the tighter integration of finance and trade flows that had been anticipated during globalization’s heyday.

What comes next is unlikely to mirror the Cold War’s distinct blocs. Even as the global economic order fractures, no rival ideologies compete for supremacy. And China’s harsh authoritarian turn under President Xi Jinping co-exists with extensive commercial ties to the United States, Europe and Japan. But governments, corporations and investors all are adjusting to a new reality.

In Washington, top Democrats and Republicans have begun demanding that the United States stop importing oil from Russia, a move that would intensify Moscow’s financial plight if European nations followed suit. Meanwhile, the International Monetary Fund warned Saturday that the war and rapidly accumulating sanctions on Russia would “have a severe impact on the global economy.”

“This event does seem to be one that is a game changer and will be with us for a very long time,” Federal Reserve Chair Jerome H. Powell told Congress last week.

Russia’s financial exile caps more than a decade of erosion in globalization, beginning with the 2008 financial crisis and continuing through the rise of Xi in 2012, the U.S.-China trade war that began in 2018, and diplomats’ repeated failures to agree on trade liberalization. The coronavirus pandemic, which highlighted the risk of ocean-spanning supply lines and restricted international travel, further thinned cross-border links.

Together, Russia and Ukraine account for 3 percent of global output, according to JPMorgan Chase. Putin’s brutal invasion of his neighbor, however, will have broad economic repercussions, economists and government officials said.

“There’s a chance — which increases with every human rights outrage that Putin commits — that Russia is shut out of the global economy for a long time. … You are removing this big chunk of the global economy and going back to the situation we had in the Cold War when the Soviet bloc was pretty much closed off,” said Maury Obstfeld, an economics professor at the University of California at Berkeley. “But that doesn’t mean the rest of the world can’t be tightly integrated in terms of trade and finance.”

The wider global response will be just as crucial, said other economists. Tim Ash, economist at BlueBay Asset Management, singled out China, which has signalled its willingness to help Russia manage the financial fallout from its military actions. Beijing’s response would be vital in terms of the wider consequences, which could range from the malign — for example, more tension over its own relationship with Taiwan — to more benign diplomatic outcomes. “Either [China] sees it as an opportunity to go into Taiwan, or as an opportunity to improve relations with the US,” he said. Are markets able to withstand the geopolitical shock? Leading global financial markets were sharply down on Thursday but the outcome could have been more extreme, suggesting they were surprised by Putin’s actions but do not yet think the most severe market shocks, akin to a financial crisis, are likely. This leaves open the possibility that they have further to fall, with consequences for corporate and household wealth, consumption and global confidence. Neil Shearing, chief economist at Capital Economics, noted that, while there was a sell-off in equities, bond yields declined and credit spreads have not widened much, suggesting the market reaction was orderly and not indicative yet of expectations of a wider war across Europe. The avoidance of a market meltdown was not global and many emerging economies were hit with much sharper swings. Kevin Daly, portfolio manager at Aberdeen Asset Management, noted steep sell-offs in Ghana, Turkey, Egypt and Pakistan, citing a flight to safety from financially vulnerable countries.