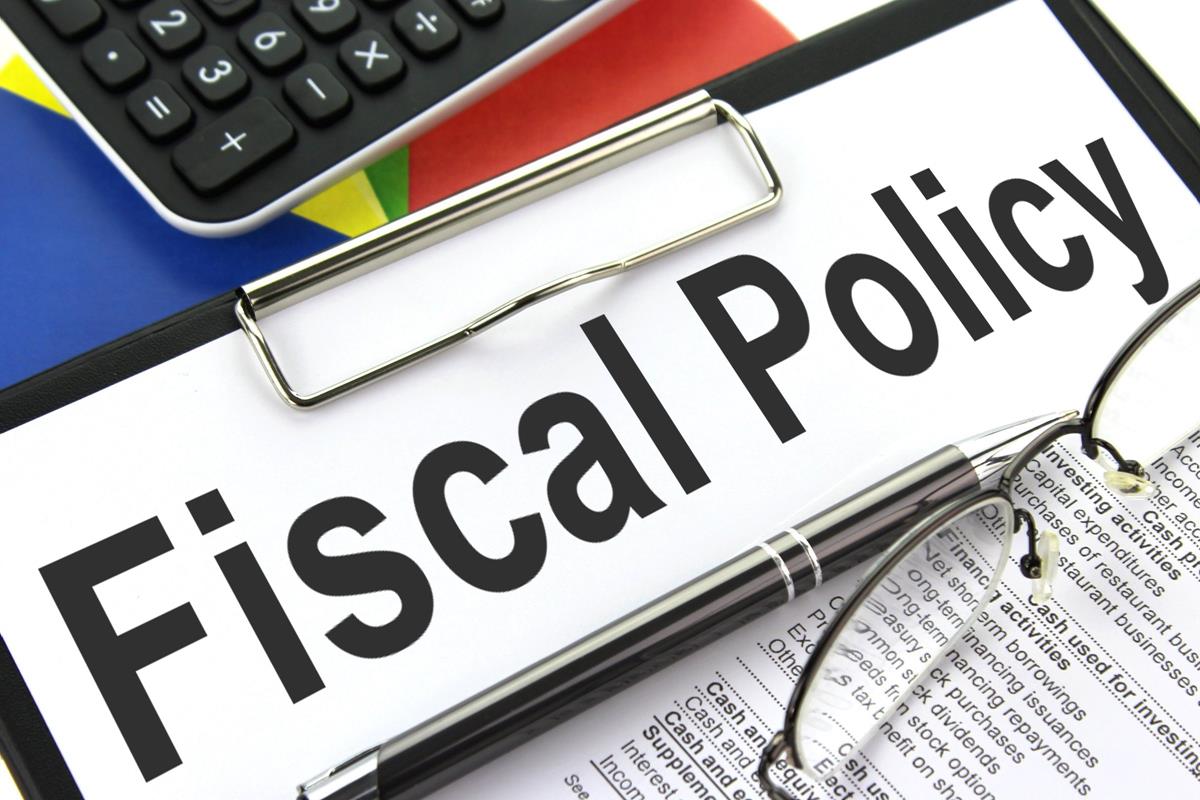 Fiscal policy, including both automatic stabilizers and pandemic-related tax and spending legislation, played a significant role in cushioning the blows to the economy of COVID-19 in 2020 and 2021. The Hutchins Center Fiscal Impact Measure (FIM)—which measures how much federal, state, and local tax and spending policy adds to or subtracts from overall economic growth—shows that fiscal policy has boosted economic growth on average since the start of the pandemic, but will restrain growth going forward as the effects of the stimulus wane.

HOW HAS PANDEMIC-ERA FISCAL POLICY AFFECTED THE LEVEL OF GDP?

In the chart below, we show actual and projected GDP versus what GDP might have been had fiscal policy failed to respond to the pandemic’s shock to the economy. The top (orange) line represents actual GDP—using the latest Congressional Budget Office projections of GDP from the third quarter of 2021 on. The bottom (blue) line is a counterfactual that provides our estimate of the path GDP would have taken if not for the substantial fiscal stimulus. For this counterfactual, we assume that government purchases, taxes, and transfers all would have increased at the rate of potential GDP from the first quarter of 2020 on; in reality, purchases and transfers far exceeded this counterfactual fiscal policy. Our projections of future fiscal policy make the same assumptions about spending responses to fiscal policy as those underlying the FIM. Unlike the FIM, which includes only direct effects of fiscal policy, this analysis also includes multipliers.

The distance between the two lines represents the effect of fiscal policy changes on economic activity. The chart shows, for example, the huge fiscal response in the spring of 2020 (which we estimate increased the level of real GDP by $607 billion in the second quarter of 2020, and about $900 billion in both the third and fourth quarters), and the big increase in the first quarter of 2021 representing the effects of legislation enacted in December 2020 and January 2021. As the money flowing from pandemic legislation slows and the economy recovers, reducing the automatic stabilizers, the boost to GDP from fiscal policy lessens. Assuming no additional legislation, we estimate that the real GDP will converge to its counterfactual level by early 2023. Of course, if Congress enacts new legislation—like the infrastructure or Build Back Better bills—that will boost actual GDP and the estimated effect of fiscal policy.

As noted above, the FIM estimates fiscal policy’s contribution to GDP growth rather than its level. Thus, when the effect of fiscal policy on the level of GDP gets smaller over time—as it does from the second quarter of 2021 on—fiscal policy is lowering GDP growth, and the FIM is negative.

The Congressional Budget Office (CBO) projects that the federal budget deficit will be $3.0 trillion in 2021. At 13.4% of gross domestic product (GDP), this would be the second-largest shortfall since 1945, exceeded only by the 14.9% figure recorded in 2020, when the deficit was $3.1 trillion.

The CBO forecasts that deficits will fall over the next few years as pandemic-related spending decreases. However, the deficit will rise in most years thereafter, driven by rising interest costs and increased spending on entitlement programs, reaching 5.5% of GDP in 2031. Total federal outlays were $6.6 trillion in 2020 and are currently projected to be $6.8 trillion in 2021 and $5.5 trillion in 2022.

Whether these levels of federal spending and indebtedness are sustainable in the long run is a key concern for policy makers going forward.