“Never in my career have I experienced such a complete failure of corporate controls and a complete lack of reliable financial information,” FTX’s new chief executive, John Ray III, said in a filing Thursday. This situation is unprecedented, from regulatory oversight abroad to the concentration of control in the hands of a very small group of inexperienced and potentially vulnerable individuals.

Ray, who oversaw Enron’s bankruptcy in 2001, took over as CEO shortly after founder Sam Bankman-Fried resigned (and reportedly tried to flee to Argentina, although he denies it). You are right that a complete failure of corporate controls brought down FTX, but the situation is far from unprecedented.

And if the entire industry gets a handle on it, it will continue.

That’s why the exchange’s demise may benefit crypto in the long run: while it appears to be tarnishing its reputation right now, the FTX saga unfolding before our eyes is a chance to turn things around before it’s too late — that is, before greed, negligence, and corporate malpractice bring the entire industry to its knees.

Cases like FTX are a time bomb just waiting to go off, and the longer they go unchecked, the more damage they can do. This becomes clear simply by looking at the scope of the deception and putting it in context. To value the company, which was $32 billion in February alone, or more than Nasdaq, Credit Suisse, and Robinhood. Of that, Bankman-Fried’s private fortune totaled $16 billion. In his own words, “sometimes life creeps up on you.” Well, sometimes, so do the consequences of your actions.

The US Department of Justice and the Securities and Exchange Commission are now considering the collapse. The California Department of Financial Protection and Innovation (DFPI) and authorities in the Bahamas have launched investigations. According to legal experts, FTX’s use of customer funds may constitute fraud or embezzlement. According to a class-action lawsuit, “FTX’s fraudulent scheme was designed to take advantage of unsophisticated investors,” who “collectively sustained over $11 billion in damages.”

This shows how important it is to research a company’s background and financials (crypto or not) before allowing it to grow bigger than Nasdaq, not afterward. Due diligence can help distinguish solid investments from bad ideas between good crypto projects and bad crypto projects. And no, “he was on the cover of Fortune magazine, he was a big name” is not due diligence. It falls for the oldest trick in the world.

Because Bankman-Fried could have made the cover of Fortune (and so could Elizabeth Holmes), she has proven herself an incompetent leader. It was just a scam. A Vox reporter admitted on Twitter that “the ethical stuff” — to read: his beloved philosophy, which is based on philanthropic endeavors and effective altruism — was mostly a front as “it’s what reputation is made of.”

“I feel bad for those who get f–ked by it,” he added, a statement that’s hard to believe.

So, what comes next? Preventing this from happening again. 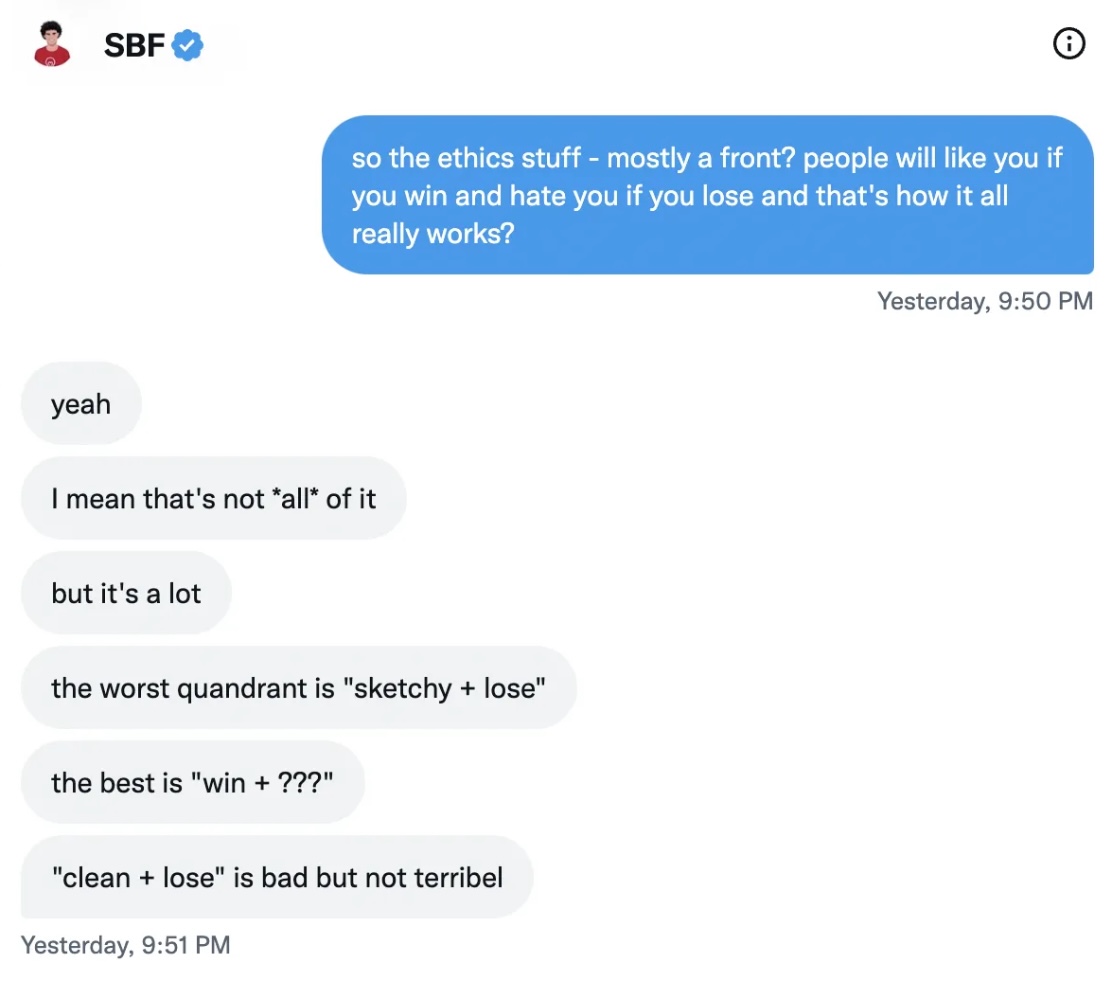 By giving more space and airtime to innovative, science-backed, and reliable projects and cutting off emboldened fraudsters before they can make any more victims, the industry can allow new names to flourish and help bring the project back to its original mission. The industry can restore a golden standard of behavior and return to what it was intended to be by ensuring that the names replacing FTX in the public’s collective understanding of what crypto is and stands for are foolproof.

The crypto ecosystem is at a crossroads: you can innovate, regulate, revamp and start over, or you will fail. The FTX saga is a sign that it’s time to choose.

Admittedly, the FTX crash shocked many: enthusiasts, investors, policymakers, and casual crypto curious alike. But to be clear, it could be the best thing to happen to cryptocurrencies. Only time will tell, and the world is watching.