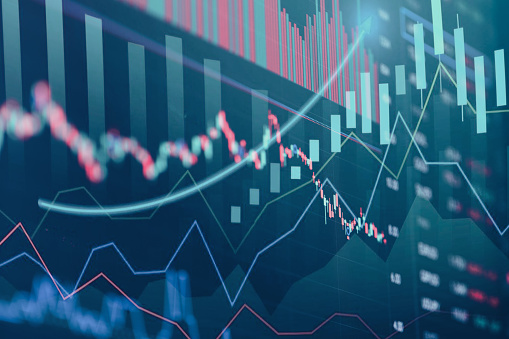 Microsoft also posted earnings and revenue below analyst estimates but reported a 40% jump in revenue growth for Azure and cloud services. Shares popped 5%.

“Earnings growth estimates continue to slip, even for the technology sector, which typically holds up relatively well during economic slowdowns,” Sam Stovall, chief investment strategist at CFRA Research, told CNBC. “Pressure from a pullback in consumer spending likely contributed to EPS/sales shortfalls, as all measures of consumer confidence have deteriorated sharply from peaks around mid-2021.”

Enphase Energy also popped on the back of its latest results, trading about 15% higher. Chipotle also added 13% following its mixed second-quarter earnings release.

There are more major earnings reports to come. On Wednesday, Qualcomm, Ford and Meta Platforms will report at the end of the day.

Traders are also awaiting a key announcement from the Federal Reserve. The central bank will announce its latest interest rate decision on Wednesday afternoon. Markets widely expect a three-quarter percentage point increase in the benchmark rate.

Investors are eager to learn more about the path for interest rates going forward as they worry that the central bank’s efforts to bring inflation down will push the economy into a recession – which many regard as two consecutive quarters of negative GDP readings. However, the National Bureau of Economic Research, the official arbiter of recessions, uses multiple other factors to determine one. Second quarter GDP data is due out Thursday.

“With so many moving parts to consider, we expect markets to remain volatile after the FOMC meeting,” wrote Mark Haefele of UBS Global Wealth Management. “With the markets anticipating a 3.3% fed funds rate by year-end, this means that after this week’s meeting, there may be around 100bps of rate hikes by end-December. But the pace of hikes remains uncertain.”