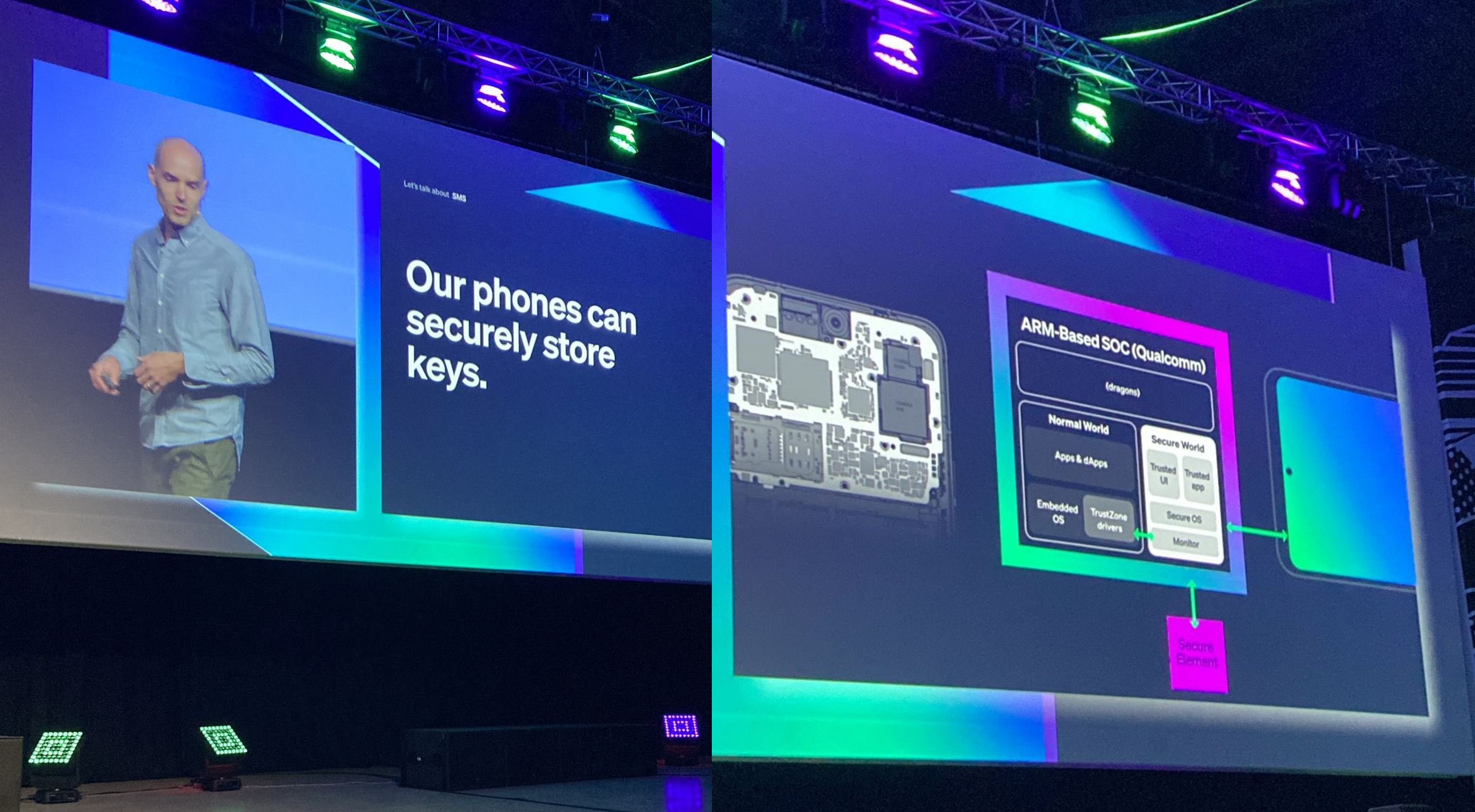 The four-day Solana Breakpoint conference, November 4-7, brought together 13,000 attendees in just one of its four venues. Solana made a series of launch announcements at Breakpoint 2022 in Libson, the ecosystem’s annual conference while stepping forward and ready to enter the mainstream.

GeoNFTs and QR Code giveaways for the Solana Store

Shortly after that, Solana Spaces CEO and creator Vibhu Norby took the stage to give an interactive presentation as he encouraged viewers to scan QR codes to enter sweepstakes. Check out the store as shown above. In addition, the CEO said, “Now anyone can build their own Solana store anywhere. Norby announced the debut of GeoNFT, a non-fungible token (NFT) implementation that allows users to geotag a region of their city while also explaining the process of building a Solana store.

Early in 2023, Solana smartphones will be available for pre-order.

The mobile team at Solana declared when announcing the release of its future devices, “It’s made for the people. Starting in 2023, pre-orders for Solana mobile phones will be accepted. However, the company has not given an official release date. The Solana phone is notable for its ability to store the private keys of cryptocurrency wallets securely. A Qualcomm chipset with an Arm-based SoC will power the Solana smartphone and increase productivity.

Solana announced the opening of the Solana App Store in preparation for Web3’s retirement. A Solana representative emphasized the importance of a positive Web3 user experience during the session. The Solana DApp Store supports the cause by promising to eliminate fees, revenue, and levies. In addition, the company informed interested users that shipping would begin in January 2023.

Soon, Google Cloud will be a Solana node validator.

While the above announcements represent several milestones for Solana, the ecosystem’s collaboration with Google Cloud stole the show. Google Cloud is developing a Solana validator that generates blocks to join and validate the network. Oct. 27 – Blockchain Node Engine, first revealed by Google Cloud, will be part of the Solana chain starting in 2023. Thanks to the integration, users can launch a dedicated Solana node in the cloud.

The ability to access legacy data will also be facilitated by Google Cloud’s indexing of Solana data and its eventual submission to BigQuery, a fully managed, serverless data warehouse, by the end of next year.