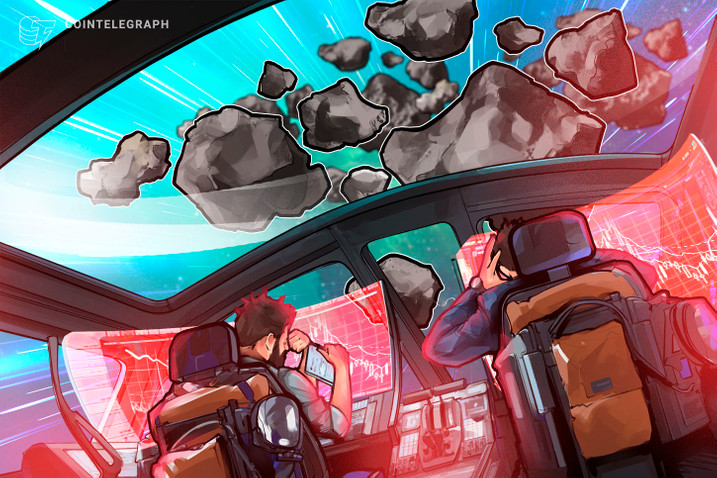 The Solana blockchain has reportedly suffered another DDoS attack that temporarily clogged the network. However, the network appeared to remain online.

Solana’s blockchain performance was reportedly hit by a distributed denial-of-service (DDoS) attack over the past 24 hours. However, the network appears to have remained online throughout.

A DDoS attack generally refers to a large number of coordinated devices, or a botnet, overwhelming a network with fake traffic to take it offline.

This wouldn’t be the first time Solana has suffered this issue, with Cointelegraph reporting in September that the network suffered a 17-hour-outage due to mass botting activity for an initial DEX offering (IDO) on Solana-based decentralized exchange platform Raydium.

The latest DDoS attack was highlighted by Solana-based nonfungible token platform Blockasset on Thursday around 3 pm UTC, after it noted that:

“We are aware tokens are taking a long time to distribute. The Solana chain is being overloaded with DDoS attacks which have clogged the network causing delays.”

Solana-focused infrastructure firm GenesysGo also reported on the matter, stating that the validator network was experiencing issues with processing transaction requests, but it called for calm as it attributed the problem to “growing pains.”

At this stage, the nature of the incident is unclear as the Solana Foundation is yet to publicly confirm any attacks, while Status.Solana shows that the network has not suffered any outages and is fully operational at the time of writing.

However, multiple accounts on Twitter asserted that Solana suffered a global outage, with Veribit CEO Roy Murphy (and BSV proponent) stating that “Solana crashed again and is currently offline. Engineers are looking into ‘rebooting the system.’ Seriously, you can’t make this shit up!”

Earlier on Thursday, members of the r/Solana subreddit attributed the network clogging to another IDO launch on Raydium, with user u/Psilodelic writing a post titled “Why do Raydium IDOs clog the Solana network and what is being done about this?”

“My biggest concern about Solana right now is the performance impact during high volume activity connected to Raydium IDOs and launches. Literally every single performance issue in the past 6 months, including the 17-hour outage, has been a result of a launch on Raydium,” they wrote.

In response, one of the group’s moderators, u/Laine_sa, didn’t explicitly confirm if Solana’s network issues were once again Raydium-related but did note there have been concerted “stop gaps” put in place to keep Solana online since the DDoS attack from September:

“Right now there’s a stop-gap in place that prioritizes vote transactions to prevent a full crash, there are additional changes to compute limits and fees relating to this in the works but it’s not a quick fix that can be rolled out in a few weeks which is why it’s taking time. It’s being looked at however.”

Cointelegraph has reached out to multiple Solana developers for comment on the DDoS attack and will update the story if they respond.

According to data from CoinGecko, the price of Solana (SOL) has dipped 6.4% over the past 24 hours to sit at $182.79 at the time of writing. Amid a pullback across most of the top crypto assets, SOL has fallen 26.1% over the past 30 days.