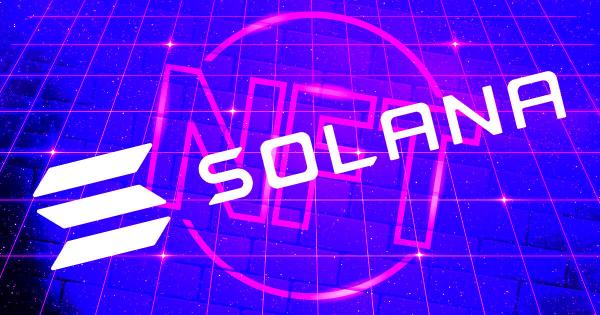 Polygon and Ethereum take belated profits before the end of the year after news that yOOts and DeGods will move to their respective networks in Q1 2023.

More troubles are piling up for the community dubbed the “eth-killer” Solana, with its Non-Fungible Token (NFT) division being its biggest winner this year, losing two big projects. Over the weekend, yOOts and DEGods announced that they were leaving the Solana network, confirming rumors floating around for months. yOOTs will move to Polygon, while sister project DeGods will be on Ethereum in Q1 2022. The news has so far caused mixed opinions in the community and teams. For some of the Solana community, it’s disappointing that the projects are going one way; However, some believe that the network is to blame for recurring attacks and downtime, among other things.

Goods have reached his limit with Solana. It isn’t easy to accept, but advancing at the desired rate has been challenging. If Ethereum is where we need to go to continue expanding, then that’s what we must do.

A grant from Polygon’s partnership fund to the project played a role in yOOts’s paid relocation to Polygon. Further information about the assignment is withheld from the public, but it is said to last for a year or two.

This year, Solana’s NFT projects competed against Ethereum, noting higher monthly trading volumes despite general network issues. Losing yOOts and DeGods will come at a considerable price for Solana. The network is on the verge of a significant setback, with yOOts and DeGods accounting for 70% of the network’s NFT sales. It also has a slight increase of 5% as it was hoping to start its partnership with Polygon.

Layer 2 blockchain Polygon had a glittering partnership in 2022, attracting big deals from Instagram, Reddit, Nike, and Starbucks as 2023 seems to start on a high with yOOts. Ethereum, on the other hand, remains the king of NFTs and will cement its place after losing two of its major projects to its closest competitor, Solana.