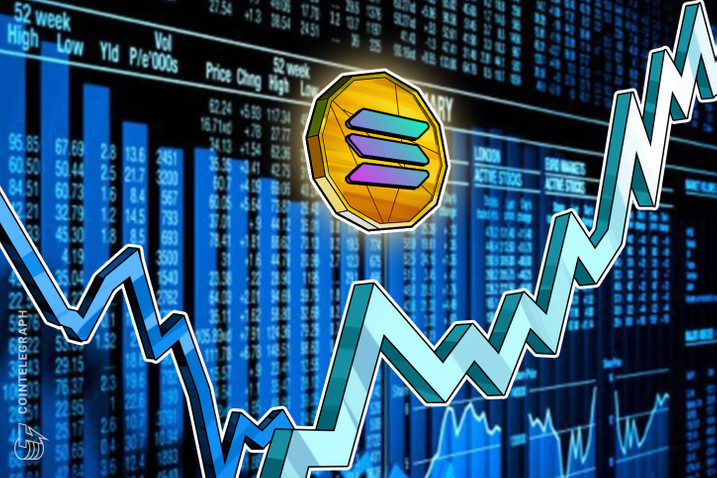 Solana (SOL) rallied higher on Oct. 21 as traders shifted focus from Bitcoin (BTC) to the most promising altcoins.

Notably, the price of SOL increased by more than 11% to over $196 a token, the highest level since Sept.11. Combined with the gains recorded in the previous 36 hours, SOL was up by as much as 26%.

Similarly, SOL’s performance against the U.S. dollar in the last two days came out better than Bitcoin. That prompted SOL/BTC to climb by more than 8% Thursday to hit 0.0026772 BTC, showing that traders rotated capital out of the Bitcoin market to enter the Solana market.

Solana’s latest price rally also appeared as a bullish breakout out of its multi-month consolidation channel.

SOL started consolidating sideways inside a Triangle-like trading range after rallying by more than 200% in the August-September period. As a result, the formation of more than two higher lows and lower highs, coupled with a declining trade volume, raised the prospect of the channel being a Pennant.

Since Pennant is typically a trend continuation indicator, their formation on the Solana chart after a massive price rally raised its prospects of sending SOL prices higher. Thus, the breakout from Wednesday now eyes an extended run-up, with its target sitting at length equal to the size of the previous uptrend.

In other words, the price target for Solana could be as high as $250 before the end of the month. However, a retest of the Pennant’s upper trendline as support would risk invalidating the bullish setup.