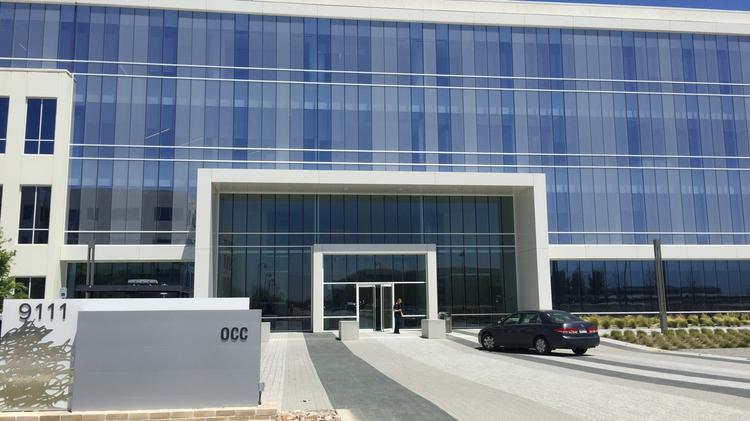 The Securities and Exchanges Commission (SEC) has removed a $1 billion cap on the amount of pension funds that can be tapped by the Options Clearing Corporation (OCC) in case one of its members defaults.

“With respect to OCC’s overall liquidity plan, the Non-Bank Liquidity Facility program reduces the concentration of OCC’s counterparty exposure by diversifying its base of liquidity providers among banks and non-bank, non-Clearing Member institutional investors, such as pension funds or insurance companies,” SEC said.

The OCC is the only clearing agency for US stocks and shares options listed on exchanges registered with SEC.

All the options bet placed on Apple or Tesla go through this clearing house with options being the preferred tool for stock trading, especially during low volatility, as it amplifies gains and losses.

Their popularity has increased so much that options have now overtaken stock trading in volumes, with the average daily notional value of traded single-stock options rising to more than $450 billion in 2021, compared to $405 billion for stocks, according to Cboe Global Markets data.

Option trading is up further this year to 44 million options exchanging hand every day, compared to less than 40 million last year.

All this activity goes through the single bottleneck of OCC, which is owned by NYSE, Nasdaq and CBOE.

If any of these exchanges or other OCC members default due to extreme volatility, the OCC has to step in and meet all liabilities with its failure unthinkable as trillions would be wiped out to the point clearing houses have been called too big to bail.

OCC requires collateral from their members for these sort of instances, but it can now also use the assets of pension funds without any limit, except as the OCC itself declares at any time. SEC says:

“Currently, the aggregate amount OCC may seek through the Non-Bank Liquidity Facility program is limited to $1 billion.

Through this Advance Notice, OCC is proposing to remove the $1 billion funding limit and increase the capacity of its Non-Bank Liquidity Facility to an amount to be determined by OCC’s Board from time to time, based on OCC’s liquidity needs at the time and a number of other factors.

Instead of retaining the $1 billion funding limit for the Non-Bank Liquidity Facility program, OCC proposes to establish a target across all external liquidity resources of at least $3 billion, which is the current aggregate amount of external liquidity.”

That doesn’t sound too bad, they can tap on $3 billion of pension funds assets, instead of $1 billion. But that $3 billion is the ‘target’ set by themselves and at this point in time.

They will be able to change it as they please as the SEC has given a no objection to the removal of the cap which will now be set by OCC based on its “liquidity needs at the time.”

In theory therefore, if there’s some sort of collapse like the banking crisis in 2008, the OCC will be able to use the entire $35 trillion held by pension funds to meet OCC’s liabilities, in addition to the assets held by insurance entities.

Previously SEC, due to its mandate to protect investors, would have been asked first by OCC for permission to use pension fund assets above $1 billion. Now however there is no such requirement with no cap whatever on the amount the OCC can use.

So when SEC chair Gary Gensler told teachers to “invest for retirement” on the same day that SEC published this no objection notice to OCC’s proposal to have no limit on the amount of pension fund assets they can use to cover default, the internet went ballistic.

“Aren’t you supposed to be protecting retail investors? Do your job!,” was one response.

“Tip #1: don’t look where we invest your pension money,” said another amid calls to resign.

How Serious is This?

A clearing house going under would be like the bitcoin blockchain for some reason stopped working, sort of forever.

Such an event can not be allowed to happen, with it unclear whether pension funds would be worth anything in any event if it did happen.

However the removal of the cap is a bit like forcing the ethereum blockchain to stop working as well if the bitcoin blockchain stopped working.

That’s because you can imagine an instance where the options market stops working, but the spot stock market keeps moving.

In this scenario, the option betters, which are mostly traders like hedge funds, would be wiped out, but pension funds would not be affected to the same extent as they tend to hold mostly spot stocks for very long term investments, with spot stocks having their own clearing house.

The removal of the cap, in theory, suggests that for pension funds it doesn’t matter whether they hold risky stocks or safer spot because they’ll potentially be wiped out by those betting with risky stock options.

A Trillions Dollar Market on a ‘Manual’ Blockchain

Options are just one class of derivatives. The total notional value of all derivatives stood above $600 trillion in June 2021, while the gross value – the actual amount that exchanged hands – was at $12.4 trillion.

That’s mostly interest rate derivatives however and foreign exchange, with equity derivatives standing at $3.4 trillion for US according to the Bank for International Settlement.

A further breakdown is not provided, but most of that $3.4 trillion is futures, yet options are exchanging half a trillion in notional value a day.

A figure given by CBOE is at $20 billion a day, while the total market cap of US stocks is at about $100 trillion.

In theory, the exposure of pension funds to OCC by this rule change can therefore be total, the whole $35 trillion.

In practice however, it is probably unlikely to amount to more than half a trillion in extreme events, with the answer not too clear cut on whether the OCC should or should not have access to these pension funds uncapped because the OCC just can’t go under.

But pension funds should now look at fundamentally safer designs for value exchange, like established public blockchains which can’t just stop because they run on automated code, rather than on manual account keeping based on manual collateral through faulty humans that can and do cheat.

Because the paper system is what it is and with paper technology you can’t really set up the system any better than trusting the singular exchanges and clearing house, although why the cap should be removed entirely is not clear except they’re probably thinking of instances where timing is of the essence.

With code systems however you can set up a clearing house, a blockchain, where value is exchanged through bearer assets rather than defaultable liability.

Those teachers therefore should think a bit more about retirement and consider whether in the span of 50 years it would be useful to have an asset that is kind of like gold in your home vault, though digital.

And for this specific scenario, a bitcoin ETF, ETN, or stock proxies like Coinbase’s COIN would be useless as they all go through the same clearing houses. You’d need actual spot bitcoin in your wallet.

In the longer enough time frame the idea is to upgrade these clearing houses to the public blockchain so that such liability risks no longer apply in a fundamental sense.

But until then, this quiet rule change means that in theory, in stocks the safest asset class has the same level of risk as the riskiest in extremes.

Because in traditional finance you can’t compartmentalize, you can’t isolate something like Luna with only the Luna blockchain going down. The whole system would instead go down, with even soft compartmentalizations where the ‘investors protector’ decides caps now starting to be removed.

The only question remaining: why now. Why does “OCC now believes that it should seek to expand its liquidity facilities to increase OCC’s access to cash to manage a member default.”

The answer we would hope is that options interest has increased, and so they need to take more robust measures, but SEC doesn’t provide a good reason as to why the cap should be removed.

Instead they say this facility has been operating since 2015 and there hasn’t been any risk to pension funds. While on removing the requirement for an advanced notice, they say:

“Additional commitments would only be permitted without an advance notice if executed on substantially similar terms as the current Non-Bank Liquidity Facility, to which the Commission has previously not objected.”

Since they’ve approved this facility before, just how big it gets doesn’t matter, seems to be SEC’s view. In addition:

“The Commission has carefully considered the risk to investors’ retirement funds relative to the benefits of expanding the Non-Bank Liquidity Facility.

Given that the Non-Bank Liquidity Facility has included non-bank institutional investors such as pension funds and insurance companies among its liquidity providers since its implementation in 2015, and has retained substantially the same terms throughout, the Commission does not believe that the proposed expansion to the Non-Bank Liquidity Facility would introduce new risks to OCC’s counterparties.”

So nothing has actually changed, seems to be their answer, except risk has been spread more widely with teachers who contribute to their retirement not quite having much of a say on what the pension bosses agree with OCC, whom are now free to use those assets in the case of default without further SEC oversight.

This article was originally published on newsbtc.com