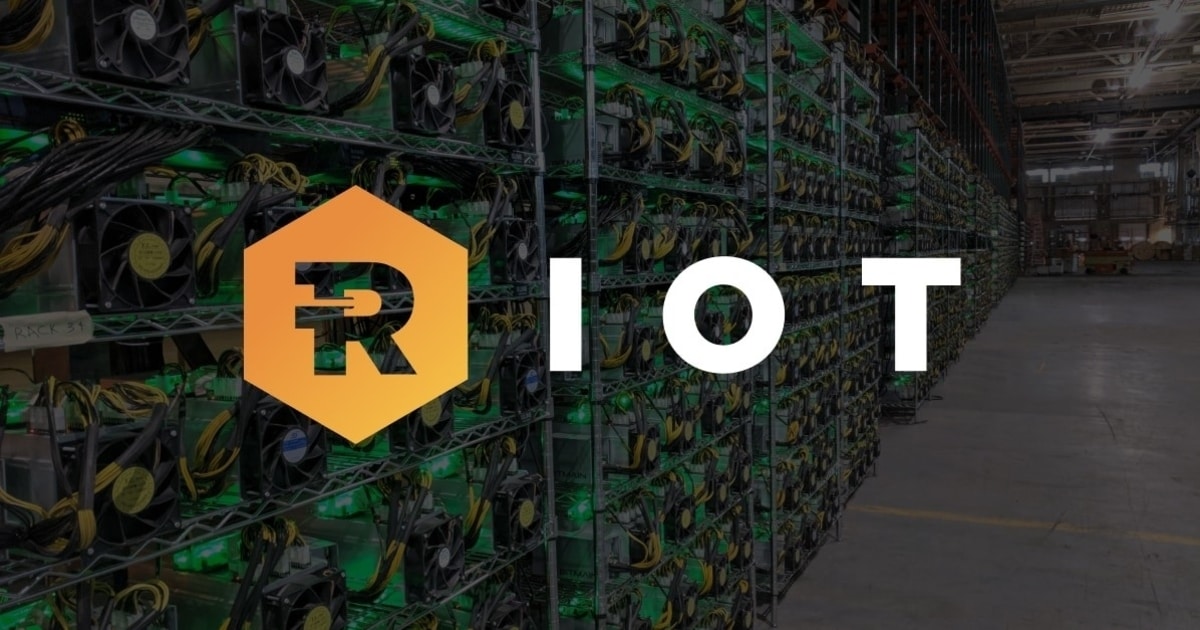 On October 6, a NASDAQ-listed blockchain mining company, Riot Blockchain, announced that its Bitcoin production capacity in September has increased by about 346% to 406 BTC year-on-year comparing to last year. Meanwhile, the yearly Bitcoin mining production recorded an increase of approximately 236% for the first nine months.

Riot Blockchain said that as of September this year, the company has mined 2,457 BTC.

Thanks to the positive statement of the US SEC that it won’t follow China’s comprehensive ban on virtual currencies, bitcoin has risen by 5.87% in the past 24 hours and by 25.41% in 7 days. At press time, bitcoin is trading at $54,436.54, according to Coinmarketcap.

Based on the current price, Riot Blockchain produced roughly $135 million worth in Bitcoin. The production capacity is double as much as 731 BTC compared to the same period last year.

As of September 30, 2021, Riot has a total of approximately 3,534 BTC (roughly $192 million), all of which come from mining operations. Also, it stated that there is no plan to sell the mined bitcoins.

It is said that a total of 27,646 ant mining machines will be deployed in early November this year to increase the hash rate capacity to 2.8 EH/s.

Riot Blockchain predicts that if it will sign an acquisition agreement with Bitmain-a total of approximately 81,150 ant mining machines will be deployed. By the fourth quarter of 2022, Riot estimates that the total self-digging capacity will be 7.7 EH/s.

Marathon Digital Holdings, a competitor in the same cryptocurrency mining circuit as Riot Blockchain, also announced that it had mined 340.6 BTC in September.

On Monday, October 4, Marathon Digital announced that it obtained the $100 million credit line from crypto-friendly Silvergate bank on Friday October 1.