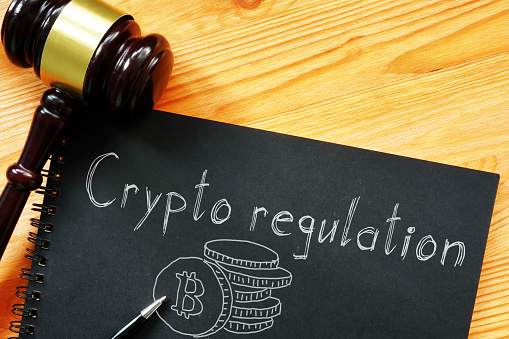 It seems that it’s becoming a trend for politicians to espouse the benefits of bitcoin — and that’s not a bad thing!

THE WEEK OF POLITICAL ADVOCATES

This week turned out to be rather interesting as politicians across the world sent out pro-bitcoin sentiments with the biggest step being mayors across the U.S. planning on receiving their salaries in bitcoin. Despite all that, bitcoin has remained relatively steady and appears prime to start the next leg of its bull run. Here’s what happened this week in bitcoin:

The week started off on a bullish note as NFL legend, Aaron Rodgers, announced he would receive part of his estimated $33,500,000 salary in bitcoin. In the same announcement, Rodgers announced a $1,000,000 in bitcoin giveaway on his Twitter account. The exact portion of his salary that will be in bitcoin has not been disclosed, but it’s bullish nonetheless.

Also on Monday, Binance suspended withdrawals worldwide, citing a huge backlog on their system, sending a bearish signal throughout the markets as the world’s largest cryptocurrency exchange struggled to keep up with demand.

Tuesday was all about politicians, starting off with Singapore’s Managing Director of Monetary Authority (MAS), Ravi Menon, sending out a bullish sentiment by saying the country risks “being left out” by not pursuing bitcoin adoption. Bitcoin nation, El Salvador, announced they would build 20 schools with the proceeds of their 1,120 BTC stack that the country has been systematically buying since officially adopting bitcoin as legal tender in September.

El Salvador also showcased the planned veterinary hospital being built using some of the profit earned on their bitcoin investment. Renowned “Bitcoin Senator” Cynthia Lummis said that inflation was here to stay and that bitcoin “is THE standard,” continuing her bitcoin-positive sentiments shared over the last few months.

That wasn’t all that happened on Tuesday, as Miami Mayor, Francis Suarez, committed to receiving his next paycheck fully in bitcoin, becoming the first U.S. politician to do so and likely paving the way for others to follow. Not to be left out of the conversation, Missouri Mayor, Jayson Stewart, said that bitcoin is “the only financial thing that makes sense.”

Finally, Australia’s largest bank, Commonwealth Bank, announced that they would integrate bitcoin services in their app, giving their 6.5 million clients the opportunity to buy, sell and hold bitcoin starting sometime in 2022. And, U.S. Senator Ted Cruz proposed a resolution in the Senate to require Washington DC merchants to accept bitcoin payments.

Later in the day, Thailand’s neighbour, the Southeast Asian nation of Laos, announced that they expect to earn over $190 million from bitcoin mining in the country during the course of 2022, with the total domestic revenue projected from bitcoin mining to reach $2.8 billion. Not long after, two U.S. congressmen, Darren Soto and Tom Emmer, sent a letter to the SEC advocating for approval for a spot bitcoin ETF in the US.

Thursday saw the bullishness continue as the world’s biggest podcast, Joe Rogan, started accepting bitcoin, starting with a $100,000 bitcoin payment for a new deal. What exactly the deal covers wasn’t revealed, but Rogan has talked about bitcoin before and this will likely act as a catalyst for more similar deals, just as it has in the sports industry.

India’s Paytm, the country’s largest mobile payment platform, is reportedly working on offering bitcoin services to its over 300 million users, including 20 million merchants, in the country should regulatory clarity on cryptocurreny become more clear. Last week India changed its stance on bitcoin, paving way for further adoption in the country.

Popular U.S. payment app, CashApp, revealed that the platform generated $1.82 billion in bitcoin-related revenue during Q3 2021 as interest in the cryptocurrency saw a boom. Another bullish bit from the day was the COO of Bank of America calling bitcoin “a global store of value.”

On Friday, Michael Saylor, who needs no introduction by now, said that should a spot bitcoin ETF be approved, “trillions of dollars would flow into it.” Down under, a bitcoin-linked ETF in Australia broke opening-day records, seeing $31.2 million of inflows, over five times the previous record.

City of Jackson, Tennessee Mayor, Scott Conger, followed in the footsteps of Mayors Eric Adams and Francis Suarez, saying that he “will instantly convert my next paycheck to bitcoin.” Later in the day, Tampa Mayor Jane Castor reportedly followed suit. Texas-based software firm, Phunware, purchased an additional 100 BTC, bringing the total value of their investment to $8 million.

WHAT DOES POLITICIANS ADVOCATING FOR BITCOIN MEAN?

Overall, this week saw some interesting moves. Mayors play an important part in local government and as more politicians advocate for bitcoin, their constituents are likely to follow suit, setting off a domino effect and pushing further adoption of bitcoin.

El Salvador continues to make waves as the first country to introduce bitcoin as legal tender and it has made a decent profit off the 1,120 BTC the country has bought over the last two months. As I’ve said before, they’re paving the way for more countries to follow suit and of course I am glad their investment is reaping rewards, especially with all the plans they have to invest in local infrastructure. I am sad however that the government plans to sell or spend their bitcoin instead of leveraging it in the long term.

India also stands in a unique position in using bitcoin to further develop the nation to the benefit of their over 1 billion citizens. Should they unveil bitcoin-friendly regulation, they are likely to pave the way for more emerging markets to follow, similar to what El Salvador is busy doing. Only time will tell.

It’s been a bullish week and the end of the year is drawing closer and closer. Bitcoin still has a lot of upward momentum left in it and the next seven weeks may very well see bitcoin breach $100,000. Why? More ETFs are planned, there are hundreds of mayors across the U.S., thousands of athletes across the world and financial experts continue to warn about the effect the current rise of inflation will have …

This article was originally published on Bitcoinmagazine by DION GUILLAUME