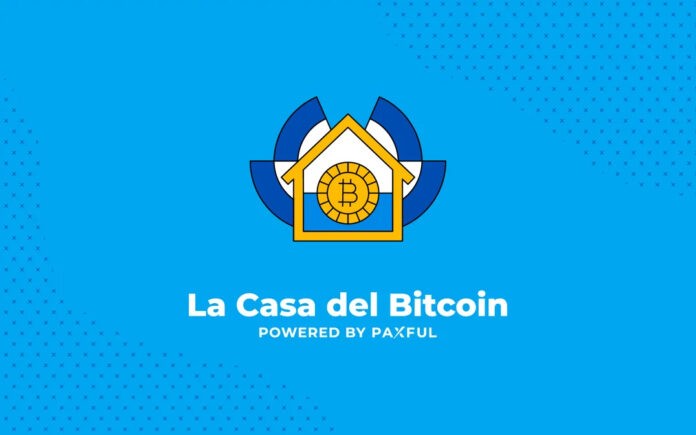 Although El Salvador became the first nation to adopt Bitcoin as legal tender in the last year, 90% of the inhabitants of the Latin American country describe their knowledge of Bitcoin as poor or non-existent. As an effort to raise awareness surrounding the new financial landscape and opportunities, Paxful has now launched an education hub in San Salvador in cooperation with the Built with Bitcoin Foundation.

As part of its mission, La Casa Del Bitcoin will host a variety of events, such as meetups, talks, and educational workshops. Ray Youssef, CEO and co-founder of Paxful, said:

Education continues to be a key driver of global Bitcoin adoption and this new center represents its importance to the creation of an inclusive financial system. From the small merchant to the Bitcoin enthusiast, we’re excited to learn from the people and share the power of Bitcoin for freedom and equal financial access.

Will Hernandez, Director of LATAM Growth at Paxful, adds that the payment provider saw a 300% growth in El Salvador over the last year:

Peer-to-peer platforms are driving adoption in emerging markets and as a people-powered platform, we understand that education is crucial to the next wave of adoption. The center will provide education, accessibility and opportunity to a population that has been ignored by traditional finance, and demonstrate the real-world benefits of Bitcoin to emerging markets.

In November 2021, president Nayib Bukele announced plans to construct a whole city financed by Bitcoin-backed bonds. Yusuf Nessary, Director of Philanthropy of Built With Bitcoin Foundation, commented on the opportunities that arise from El Salvador’s groundbreaking decision, for both individuals, and the country as a whole:

The projects that we are launching demonstrate the power of Bitcoin as a philanthropic tool to aid change and further financial freedom. We’re grateful for the opportunity to deliver resources and continue building equitable opportunities for countless people and communities who bring our mission to life.