NYC mayor getting paid in Bitcoin suggests buying the dip 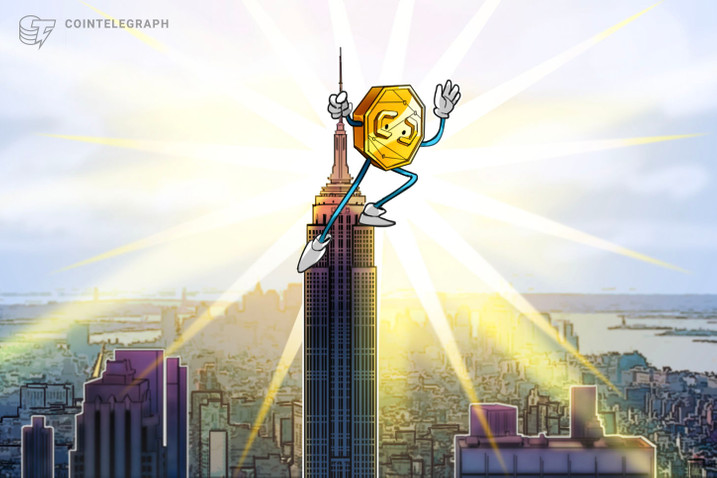 Should Eric Adams accept his first three paychecks in Bitcoin, he would likely acquire more than 1 BTC following the price drop to $42,948.

In a Thursday interview with CNBC’s Squawk Box, Adams said he had not yet received his first paycheck as the mayor of New York City, but reiterated his aim to make the city a Bitcoin (BTC) and crypto hub. When co-anchor Andrew Ross Sorkin pointed out that the price of the crypto asset has “come down” — dipping as low as $43,000 early Thursday — the NYC mayor seemed to be undeterred.

“Sometimes the best time to buy is when things go down, so when they go back up, you made a good profit,” said Adams. “We need to use the technology of blockchain, Bitcoin, of all other forms of technology. I want New York City to be the center of that technology.”

“Sometimes the best time to buy is when things go down,” says @NYCMayor on #bitcoin. “I’m going to take my first three paychecks in #bitcoin. I haven’t received my first check yet.” pic.twitter.com/dqGkVYxOKg

Adams, who has been in office five full days following a November election win, is replacing Bill de Blasio as the mayor of New York City. During his campaign, Adams pledged to make New York City a tech hub that will be ”the center of cybersecurity, the center of self-driving cars, drones, the center of Bitcoins,” beating out crypto-friendly businessman Andrew Yang to become the Democratic party nominee.

As part of his efforts to promote crypto and blockchain technology — or perhaps inspired by a friendly feud with Miami Mayor Francis Suarez — Adams announced following the election that he planned to take his first three paychecks in BTC. Assuming the NYC mayor accepts a base salary of $258,750, his monthly paychecks would be roughly $21,562 each, a total of 1.51 BTC at a price of $42,948.

New York state is often the center of media attention related to regulation and enforcement for crypto firms in the United States. The New York Attorney General’s office was responsible for the settlement of the case against Bitfinex and Tether, which in February agreed to pay $18.5 million in damages, and ordered Coinseed to close its doors after the firm allegedly defrauded investors out of more than $1 million.

This article was originally published on Cointelegraph by TURNER WRIGHT