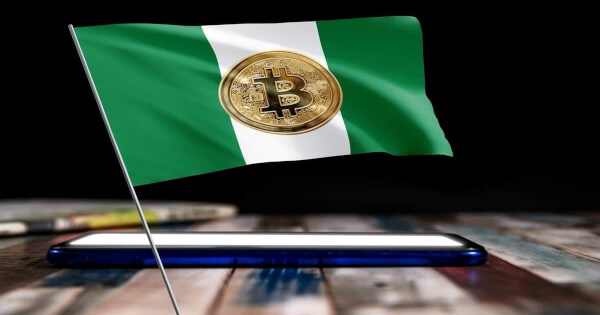 Nigeria’s eNaira has only achieved a 0.5% adoption rate a little more than a year after its launch in October 2021. This fact has resulted in the legislation that is about to be passed. According to recent reports, the Nigerian government will soon pass legislation that will officially recognize the use of Bitcoin and other cryptocurrencies as a means for the country to align its practices with those of the rest of the world.

On December 18th, the news was published in Nigerian-based masthead Punch Newspapers following an interview with House of Representatives Committee on Capital Markets Chairman Babangida Ibrahim.

The report comes nearly 24 months after Nigeria outlawed cryptocurrency trading in February 2021. At the time, the Central Bank of Nigeria (CBN) ordered Nigerian cryptocurrency exchanges and service providers to halt operations and directed banks to close the accounts of any individuals or entities found to be trading. This report comes nearly 24 months after the events in question.

If the bill is passed, Nigeria’s Investments and Securities Act of 2007 will be amended to reflect the changes.

According to the article, in addition to officially recognizing Bitcoin and other cryptocurrencies, the legislation would detail the regulatory functions of the Central Bank of Nigeria and Nigeria’s Securities Exchange Commission (SEC) about digital currency issues.

The regulation also comes when Nigerians have yet to show little interest in the eNaira, the digital currency issued by the country’s central bank. In October, 12 months after its introduction to the public, the eNaira had only a 0.5% adoption rate.

Adoption increased after the ban was implemented in February 2021, indicating that the Nigerian government’s early attempts to restrict cryptocurrency activity were also likely futile.

Bitcoin trade volume in Nigeria was only second to that of the United States between January and August of the previous year. During the same time period, Nigerians were more likely than residents of any other country to search for Bitcoin.