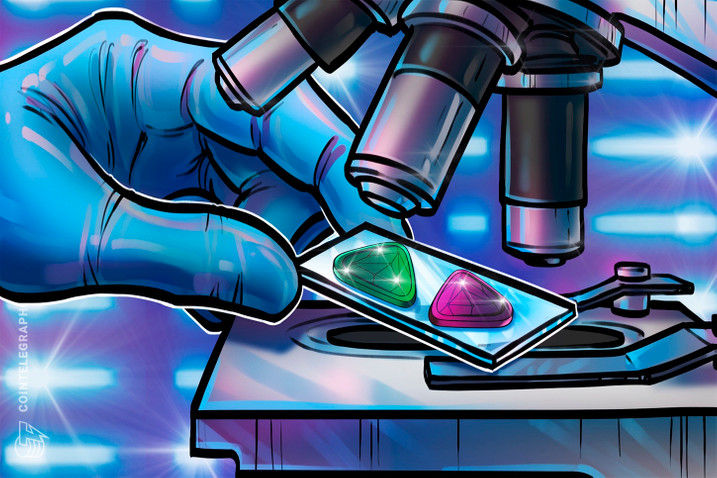 The Royal Mint NFT featured in a series of announcements aimed at making the U.K. a global crypto hub, with officials saying the NFT is “an emblem” of the approach the U.K. “is determined to take.”

On Monday, the United Kingdom government Treasury announced that it has asked the Royal Mint to create one nonfungible token (NFT) to be issued by the end of the year “as an emblem of the forward-looking approach the UK is determined to take.”

The NFT was part of a series of announcements by the Economic and Finance Ministry to make the United Kingdom a global cryptocurrency hub, including amending a regulatory framework on stablecoin payments.

The NFT will be “issued by summer,” with no date publicly set for the release of the token.

Self-confessed “on-chain sleuth” zachxbt, popular for his Twitter threads investigating crypto figures and projects, has made a new thread on Monday alleging that French influencer Laurent Correia had a major role in an NFT project that rugged.

The Billionaire Dogs Club project launched in mid-December 2021 at a public mint price of 0.2 Ether (ETH), low demand for the NFTs saw the project restrict supply from 6,500 tokens to 2,000 in a bid to garner interest for the project.

According to zachxbt, the Discord channel and the team behind the project disappeared a week later, leaving NFT owners holding the bag. On-chain analysis by the analyst revealed that of the estimated $960,000 generated by the project, $400,000 was allegedly sent to Correia’s public crypto wallet.

Related: NFTs, Web3 and the metaverse are changing the way scientists conduct research

The same wallet was used to purchase other high-value NFTs, which Correia posted on his social media accounts. Zachxbt tagged the Dubai Police, the local law enforcement where Correia lives, tweeting that it’s “sickening to see a DOX’d influencer so blatantly rug a project like this.”

The team behind the “Pudgy Penguins” NFT project tweeted on Sunday that the collection was under new management. Luca Netz of Netz Capital purchased the project for 750 ETH, about $2.5 million at the time of writing.

A few months prior, the project voted out its controversial founder Cole Villemain, who has been subject to questions about his past dealings in projects, giveaways and other businesses.

With the purchase of the 8,888 “Pudgy Penguin” NFTs, Netz will receive all future royalties from secondary sales.

Visa has announced the launch of its Creator Program, a mentorship program aimed at helping entrepreneurs accelerate their business through NFTs. Visa says the goal is to bring together digital creators to empower and educate them on blockchain technology and NFT commerce.

Noncustodial cryptocurrency platform ShapeShift DAO launched an NFT auction in support of female artists in the NFT and blockchain industry. The auction started on Monday on OpenSea and will run until April 11.

This article was originally published on Cointelegraph by JESSE COGHLAN