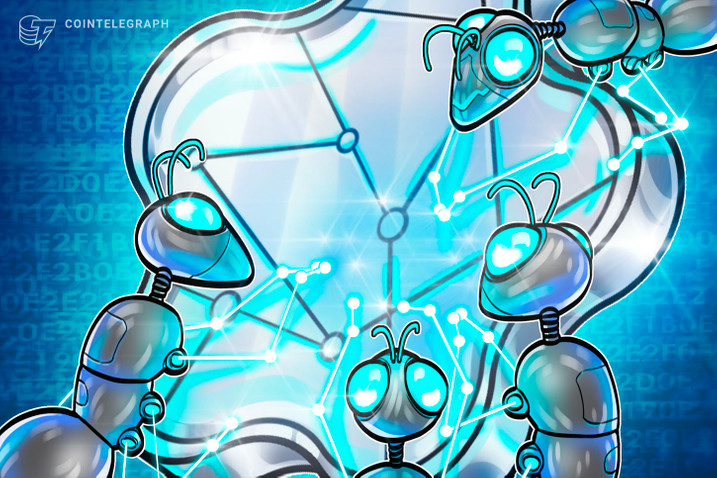 Julian Lennon auctions off The Beatles memorabilia as NFTs, Italian brands Gucci and Lamborghini develop NFT collections with both digital and physical elements, and Atari develops giftable NFTs for its 50th anniversary.

Let’s start off the week with the latest nonfungible token (NFT)-related news in today’s Nifty News. The following collections are either ongoing or launching the first week of February.

The Beatles memorabilia up for auction

Julian Lennon, the son of The Beatles’ musician John Lennon’s, put up NFTs for auction of items from his personal collection of memorabilia on the YellowHeart marketplace, including the coat John Lennon wore in the Magical Mystery Tour film and three Gibson guitars.

Lennon, however, has no intention of selling the physical items because he “would like to be able to pass these items on for generations to come,” he said in an interview with Yahoo Finance. Each NFT contains an audio component, narrated by the son, recounting his connection with the item.

The item of the “Lennon Connection” auction with the highest offer at the moment is Paul McCartney’s hand-written notes for the song “Hey Jude.” McCartney originally wrote the song to comfort a 5-year-old Julian when his parents divorced, according to the auction site.

Fashion house Gucci and SUPERPLASTIC, the creator of animated celebrities and digital vinyl toys, have partnered up for a three-part NFT collaboration dubbed SUPERGUCCI. All SUPERGUCCI purchases will be in ETH.

The first SUPERGUCCI drop will include ten exclusive NFTs and accompanying ceramic sculptures. The main character of the collection is called CryptoJanky, inspired by SUPERPLASTIC’s artists Janky & Guggimon. Both the CryptoJanky NFT and the handmade sculpture were co-designed and built in Italy.

Swiss artist Fabian Oefner created the images from real physical car parts and photographs taken from a weather balloon. According to the company, the NFTs are accessible via a QR code engraved in five units of a physical “Space Key,” whose carbon fiber elements were sent to the International Space Station as a part of a joint research project with Lamborghini.

Atari decided to commemorate its 50th anniversary of video game making by creating NFTs and gifting them to fans. Giftable NFTs, or GFTs, are surprise limited edition NFTs that will automatically unwrap on a specific date. According to the company, this collection honors the Atari 2600 console and games such as Combat, Swordquest, Asteroids, Centipede, and more.

LooksRare, OpenSea’s up-and-coming rival, has sparked some concerns over the increased wash trading activity on the NFT marketplace. Despite the speculation, LooksRare was the chosen platform for the highest recorded sale of a Bored Ape Yacht Club, or BAYC, NFT in terms of ETH paid, and not dollar value due to the current price of ETH. On Sunday night, Bored Ape #283 sold for 1080.69 ETH, or $2.85 million on LooksRare. BAYC recently welcomed Justin Bieber to the club with his 500 ETH, or $1.29 million purchase of Bored Ape #3001.

OpenSea, however, also faced heavy user critique last week after setting a minting limit of five NFT collections with 50 items per collection, when previously it was unlimited. Additionally, when the platform called on its users to cancel any inactive listings, many ended up losing their NFTs and their money due to confusing email instructions.