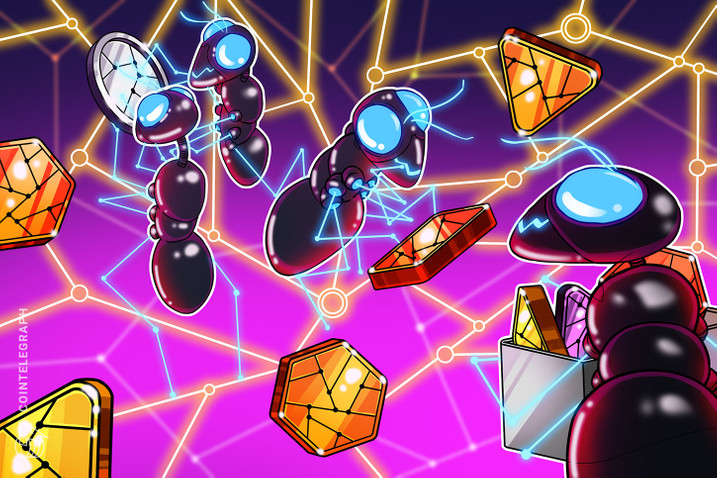 Mark Zuckerberg’s little league baseball card has been tokenized and will be put up for auction, and Lamborghini has introduced a new utility for its second round of NFTs.

Outcast Academy describes itself as an “entertainment NFT experiment” and has launched DRAMA tokens as part of its “shitpost-to-earn” ecosystem, allowing community members to tag its associated DramaReward bot account to nominate their favorite tweets from Twitter shitposters.

The nominated Twitter years would be able to receive free airdropped DRAMA tokens.

However, the specific details of the rewards, how many nominations are required and other details have not yet been outlined.

Shitposting generally refers to people that post content that is ironic, satirical, sarcastic or just a pure troll to invoke certain reactions, and this new NFT project is aiming to reward such behavior.

The project notably has backing from VaynerMedia, the marketing and media agency belonging to NFT proponent and popular entrepreneur Gary Vaynerchuck.

Outcast Academy is also set for its first NFT release later this month, with a collection of 5,000 NFT avatars that depict various high school archetypes such as nerds, jocks and rebels.

The project states it is keeping the utility behind the NFTs “hush-hush” at this stage but notes that it is building an “entertain-to-earn ecosystem.”

The card features a photo of Zuckerberg aged eight, donning a baseball uniform with a bat in hand. These cards are generally made as novelty items for young baseball players, and Zuckerberg is to have signed his card and given it to his camp counselor at the time.

The card has since been minted as an NFT and is set to be auctioned off via the online collectibles marketplace ComicConnect. The auction isn’t sanctioned by the man himself.

“There’s nothing remotely like it. Mark Zuckerberg has impacted our culture more than every MLB and NBA player combined — and this card is truly one of a kind,” noted ComicConnect co-owner Stephen Fishler in a Monday announcement.

Given that The Zuck is a divisive figure due to launching the privacy intrusive and personal data mining intensive giant on Facebook, it remains to be seen how much demand this NFT may have.

Aada Finance, the first protocol set to offer NFT lending and borrowing services on the Cardano blockchain, is offering a $25,000 bug bounty competition as part of its mainnet launch on Tuesday.

Those who can spot critical smart contract vulnerabilities and provide suggestions on how to fix them will receive $25,000 worth of the protocol’s native AADA tokens.

Aada Finance says that it will offer users “peer-to-peer lending and borrowing in an order book style while fully controlling their loan requests and loans.”

Related: Bitcoin might be down but interest in crypto and NFTs is here to stay: Ledger CEO

The platform may take a while to get off the ground, however, as notable NFT action is still lacking on Cardano.

Cardano doesn’t even make the list of the top 16 selling NFT networks according to CryptoSlam, despite 16th-placed Theta generating just $117 worth of secondary sales volume over the past 24 hours.

Luxury sports car developer Lamborghini is set to roll out its second round of NFTs this month, this time offering specific utility for avid collectors.

Lambo enthusiasts who collect three regular tier drops of the company’s NFTs this month will receive priority access to a rare drop at the end of this month, an hour ahead of other users.

For anyone that managed to collect eight rare-tier NFTs out of the drops will receive a gold tier NFT that offers them exclusive benefits and rewards.

The incentives include a Lamborghini GLB file that enables hodlers to port a “yet to be determined” Lambo model into the Metaverse, exclusive digital artwork by Mitja Borkert, head of design of Lamborghini, and a chance to join a tour of the firm’s Sant’Agata Bolognese headquarters.

Lamborghini’s first NFT drop came in January with a series of five tokenized artworks depicting a Lamborghini Ultimae launching into space above the Earth. The NFTs eventually sold in February for nearly $660,000 combined.