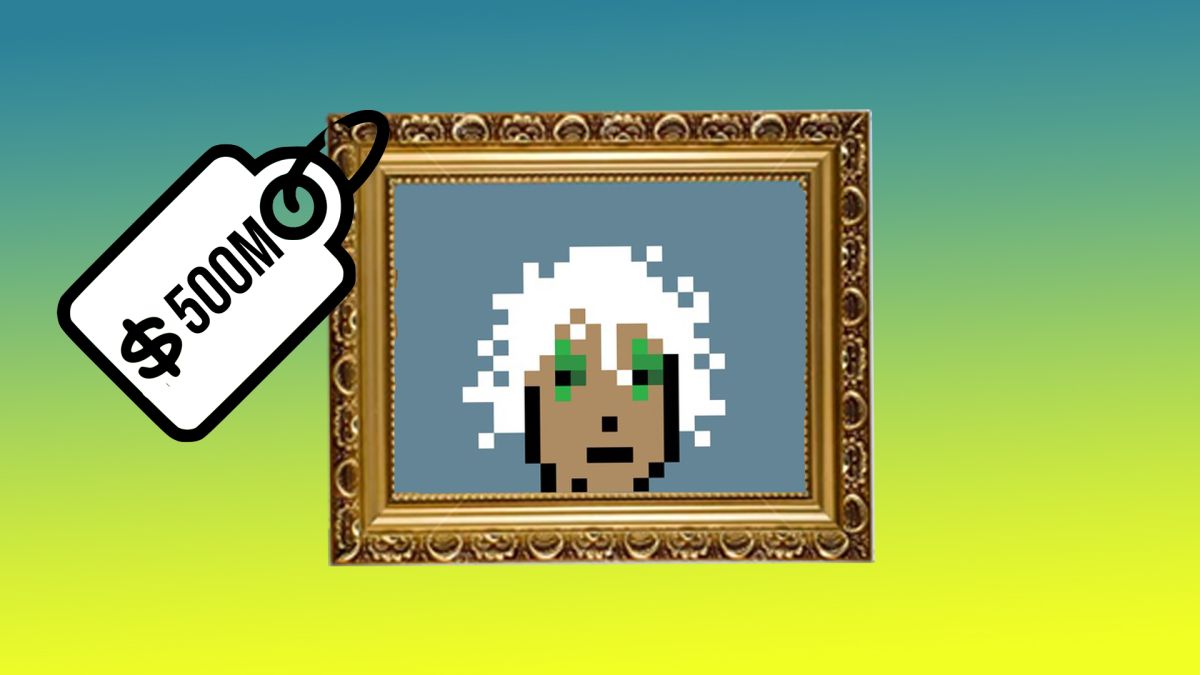 A Closer Look at the Most Expensive NFT Art

Now we have highlighted the top 10 most expensive NFTs ever sold, let’s take a closer look at each one. In order to truly decipher the value behind these tokens, we are going to take a deeper look into the communities behind each project, the rarity of multi-collection projects, and the artwork itself. As we will see, projects like CryptoPunks have generated huge followings due to their community of collectors.

With such an astronomic rise in popularity as of recent, the price of NFTs has soared. It isn’t uncommon to see popular projects selling collections for hundreds of thousands of dollars. In this article, we are going to take a closer look at some of the most expensive NFTs sold.

However, some of the one of one pieces we will look at have their value more tied to the quality of the art, which is akin to a more traditional form of art auction.

Finally, the most expensive NFT to ever sell was Pak’s ‘The Merge’. The $91.8m price tag was a record for an artwork sold publicly by a living artist. The NFT was sold on Nifty Gateway to 28,893 collectors who purchased 312,686 units of mass (which were single NFTs). The starting price of these units was $575, which increased by $25 every six hours.

The NFT itself consists of three large white masses (dots) against a black background. The more mass buyers accumulated, the larger their mass would become. The NFT has a built-in scarcity mechanism that ensures the token supply decreases over time. Every Merge token which is transferred merges with the token of the recipient wallet, resulting in a higher mass value and a single token. Perhaps over time, this will result in just one final mass.

There is a built-in leader board for NFT holders which allows them to follow the mass acquired by other collectors. The top 100 and top 5 of the leader board will be rewarded with different style classes. The largest class possible to obtain is the Alpha class which is awarded to the top collector. This dynamic set-up of the NFT really sets it aside from other collections and is likely a large part of why it sold for such a high price. However, there is some controversy over whether this is the most expensive NFT to ever sell, as the funds were raised from almost 30,000 investors rather than a single person. Either way, we have decided to include it as the most expensive NFT ever sold.

The First 5000 Days is another one of Beeples high grossing NFT projects. It is a collage of 5000 individual NFTs that Beeples created for his Everyday’s series. It sold for an astonishing $69 million (42.329 ETH) in 2021 at the Christies Auction house.

The NFT was sold to Singapore based programmer Vignesh Sundaresan, who has made the majority of his money by investing in the crypto markets. He is also the founder of the Metapurse NFT project and is better known by his online pseudonym MetaKovan. This is the most expensive NFT ever to be sold to an individual investor.

The artwork is currently being displayed in an online gallery in the metaverse. This can be accessed via a web browser if you want to check it out!

The third most expensive NFT ever sold has a slightly unconventional origin. It was created to raise funds for Julian Assange’s defence after he was controversially imprisoned in May 2019. Assange is currently imprisoned on charges of espionage against the US Government, mainly through association with the Website he founded, WikiLeaks. The NFT itself is simply a clock depicting the number of days since Assange has been imprisoned.

The whopping $56m price tag was raised by over 10,000 supporters, each of whom owns a share of the NFT. 100% of the proceeds went to the Wau Holland Foundation, which supports Assange’s defence.

The creator of the NFT is an anonymous artist named Pak. The anonymity of the artist – who refuses to reveal their identity in interviews – fits well with the cause it is raising money for. It has prompted many followers to take a second thought over the controversial case of Assange, in addition to freedom and access to information.

Human one is a digital/physical hybrid piece of artwork also designed by Beeple. It sold for a record $28.9 million when it was auctioned off as part of Christie’s 21st Century Evening Sale on 9 November 2021.

The cool thing about this NFT is that its artwork changes over time. Although the art isn’t owned by Beeple, he retains remote access to it and is able to update it constantly. The NFT itself depicts an astronaut walking through the different backgrounds which as mentioned change over time.

People explained that the inspiration for the piece came from experiments combining multiple TV’s into different shapes and patterns. The unique finished product has created one of the most expensive NFTs of all time!

CryptoPunk #5822 is the most expensive CryptoPunk to have ever sold, racking up an astronomic $23m price tag. There has also been huge bidding and listing activity on the NFT. There have been multiple bids of over 1000 ETH (~$3m) throughout the token’s lifecycle. However, these have all been denied by the owner. In addition to this, the owner 0xDeepak has listed it for tens of thousands of ETH on multiple occasions. However, none of these listings have come to fruition. 19 days ago, the owner transferred the NFT to an unidentified wallet named 7DDFFB and hasn’t listed it since.

Looking at the rarity of the NFT, it has only one attribute. Only 2% of the collection have just one attribute, making it very rare. In addition to this, it a bandana which only 5% of the collection share. Finally, #5822 is part of the Alien skin, which as mentioned multiple times is the rarest possible skin to have (0.09% chance). The high number of rare attributes has undoubtedly driven the crazy high price of this CryptoPunk.

CryptoPunk #7523 is the second most expensive CryptoPunk NFT ever sold. It sold for a whopping $11.75m! What’s more, over four months ago, a wallet bid 20,400 ETH for it, which we estimate equated to around $65m dollars. However, the bid was cancelled before it was accepted. Other notable bids include an 800ETH bid from famous NFT collector Pranksy, which equated to roughly $1.5m. This bid was also cancelled, however. These huge bids highlight how much people prize the CryptoPunk collection.

The seventh most expensive NFT ever sold was also part of the CryptoPunk collection. Number 4156 was sold 4 months ago for 2500 ETH, which equated to $10.26m at that time. Unlike the previous two CryptoPunks on our list, #4156 has sold multiple times throughout its lifespan. Just over a year ago, it sold for 650 ETH, although the seller is likely kicking themselves for selling at this price. Before this, it was sold for 3.29 ETH over 4 years ago, a few months after it was minted.

When looking at the rarity traits of the NFT, we can understand why this CryptoPunk has generated such high value. Its properties include a Bandana and Ape skin. Only 5% of the collection have a bandana, and 0.24% have Ape Skin. This makes the Ape attribute the second rarest skin behind the Alien skin. It also only has one attribute which only 2% of the collection have. In theory, this NFT is less rare than its alien counterparts. However, when the value reaches a certain point it seems that investors are more interested in how the art looks rather than its rarity.

CryptoPunk #3100 topped the price of the previously highest sold NFT from the collection when it sold for 4200 ETH, which was $7.67m dollars at the time. Again, this monster sale was the only time that #3100 has been sold since it was minted 5 years ago.

The ninth most expensive NFT ever to have sold is part of the CryptoPunk collection. The CryptoPunk project is a collection of 10,000 unique characters stored on the Ethereum blockchain. No two CryptoPunks are exactly alike, making them highly prized. When they were released, CryptoPunks were initially free to mint for anyone who had an Ethereum wallet.

The $6.6m sale was the only time that #7804 has been sold since it was minted over 4 years ago. A free mint to over $6m is a pretty good return on investment in our opinion!

At the time of its sale, ‘Crossroad’ by highly regarded artist Beeple was the most expensive NFT to ever sell. It sold for $6.6 million on the NFT Exchange Nifty Gateway. The piece depicts a solemn figure lying on the ground, which is meant to symbolise Trump after he lost the 2020 election to Joe Biden. What was cool about the NFT is that it sold before the election and would change based on the election’s outcome.

Beeple is an award-winning artist, with over 1.8 million followers on Instagram. He has also completed a number of high-profile collaborations with brands like Nike, Louis Vuitton, and more. In fact, our fourth most expensive NFT, HUMAN ONE, was also designed by Beeple, highlighting his presence in the industry.

The NFT itself is a one of one piece. This differentiates it from other high-profile collections like Bored Ape Yacht Club – the most expensive Bored Ape NFT sold for $2.3 million dollars – and CryptoPunks. This highly unique nature is likely why it had such an expensive price tag. The floor price of Beeple’s pieces on Nifty Gateway is currently $63,000.

What is the Best NFT to Buy Right Now?

For most investors reading this article, the above NFTs are going to be outside their available price range! Having said that, there are a number of smaller NFT projects in their early stages which could yield huge growth in the future. To save you the hassle of researching these projects yourself, we have picked one of our best new NFT projects that we think could blow up in the next few months: Lucky Block Platinum Rollers Club Collection.

Lucky Block is one of the best altcoins that first floated on the crypto markets back in early 2022. The aim of the crypto was to harness the power of blockchain technology to offer a new take on the traditional lottery system. The Lucky Block collection of 10,000 NFTs acts as entry tickets into daily prize draws. The great news about this is that these prize draws are run separately from Lucky Block lottery draws but still offer an average jackpot of over $10,000. In addition to this, the platform has announced that soon it plans to release a Lamborghini Aventador into the prize jackpot!

Embedded into the collection are 25 ‘Rare Edition’ NFTs, each of which enables owners to double the value of their jackpot should they win. The Lucky Block NFT was available to mint back in early March 2022 for a price of $1,500. It managed to build up significant hype, generating over 42,000 members in Lucky Blocks Telegram group.

This high popularity, coupled with the high growth of the Lucky Block token – which rose a whopping 3200% in its first few weeks on PancakeSwap – could lead to high yielding returns on the Lucky Block NFT project.