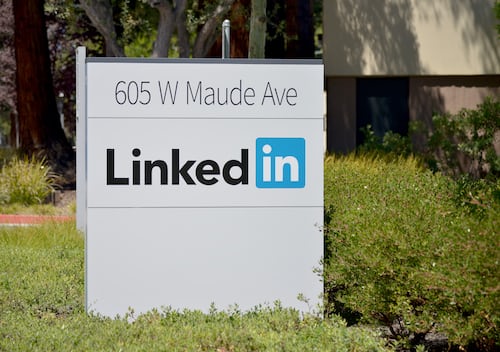 Microsoft Corporation’s (MSFT) professional networking service LinkedIn will sunset operations in China later this year, according to a blogpost published on its site.

Microsoft said it was shutting down LinkedIn “due to significantly more challenging operating environment and greater compliance requirements” in the country. “While we have found success in helping Chinese members find jobs and economic opportunity, we have not found that same level of success in the more social aspects of sharing and staying informed,” the company stated. To that end, LinkedIn plans to replace its earlier site with a new one that will simply enable users to simply view and apply to jobs.

The shutting down of LinkedIn means that none of the prominent tech behemoths—a list that includes social media giants Facebook, Inc. (FB) and Twitter Inc. (TWTR) as well as Alphabet Inc.’s (GOOG, GOOGL) Google—operate in China.

When it entered China in 2014, LinkedIn had 4 million members in the country. By July 2021, that figure had jumped to 53 million. Its network mostly consisted of employees of multinational firms or businessmen seeking to establish contacts with international companies. The company remained a notable and, to some extent, successful holdout even as other U.S. tech companies exited China because they could not agree to its government’s demands regarding data and speech.

On the other hand, LinkedIn’s then chief executive Jeff Weiner stated that his company would implement Chinese restrictions on content “to the extent required.” It also invested significantly in the country, forming joint partnerships with local companies and basing its second-largest product team there.4

The platform censored content and acceded to government requests to block LinkedIn profiles for controversial individuals. For example, it blocked the profile of a student activist involved in the 1989 pro-democracy protests, blandly stating that “it needed to adhere to the requirements of the Chinese government in order to operate in China.”

Evan Medeiros, a Georgetown University professor, told The Wall Street Journal that the social network faced risks to its reputation and global business model if it had continued to censor content because the actions “undercut” the idea of its platform being a free and open one.

There were other problems as well. According to reports, LinkedIn was being used by Chinese agents to contact foreign citizens and recruit them as spies. The network also faced increasingly fierce competition from local competitors, some of which are fast becoming successful.

In addition, LinkedIn owner Microsoft found itself in the Chinese government’s crosshairs after its offer for TikTok, an app owned by a Chinese company. The Redmond, Washington-based company was also included in a list of firms for “improper data collection” of Chinese citizens by the country’s internet regulator.

LinkedIn’s impending exit from China should not affect its top line, however. Even though it accounted for a significant chunk of the company’s overall membership numbers, China may not have contributed much to its total revenue. The country accounted for 1.8% of Microsoft’s overall revenue numbers, Microsoft President Brad Smith said in January 2020. LinkedIn reported revenues of $10.3 billion for FY 2020. It did not break out that figure by geography.

By  RAKESH SHARMA from Investopedia