MIAMI TO GIVE BITCOIN TO ITS CITIZENS, ALLOW USAGE FOR PAYMENTS 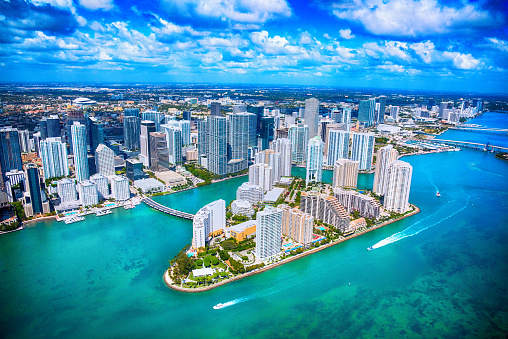 The city’s mayor Francis Suarez shared his plans to create a Bitcoin ecosystem in Miami and allow city employees to get paid in BTC.

The city of Miami will soon start giving bitcoin to its citizens, its mayor Francis Suarez announced on a CoinDesk TV interview Thursday morning. When asked if he envisioned bitcoin being used as cash, including as a tax payment method, Suarez confidently confirmed such intentions.

“I do see very quickly a world where the Satoshi system is what is used to make payments; we need to make that leap,” the mayor said. “We need people to understand that bitcoin is increasing in value and yes, we want you holding bitcoin. But at the same time we need to increase the utility of Bitcoin which increases the value even more and also creates more functionality so people can be in a better currency, frankly.”

Suarez has been strongly pushing an agenda to create a comprehensive Bitcoin ecosystem in Miami and announced last week he would take his entire salary in bitcoin. The mayor also wants to enable city employees to get paid in BTC and allow residents to pay for city fees and taxes in the decentralized currency.

The mayor later added that the city plans to launch a digital wallet in partnership with bitcoin exchanges to airdrop bitcoin earned through staking MiamiCoin in the Stacks protocol to its residents. Suarez ultimately hopes to enable citizens to use bitcoin and MiamiCoin as they choose, either to HODL or to spend in regular merchants on the street.

“MiamiCoin is based on the Stacks protocol that stacks on the Bitcoin blockchain, so there’s all kinds of nexuses and involvement between one and the other,” Suarez said.

However, the connection between Stacks and Bitcoin isn’t as closely tied as the mayor believes. Stacks is an entirely separate blockchain, with its own mining system and consensus rules. The project can be considered a sidechain at best and differs altogether from the founding ethos of the Bitcoin project and what it sets out to achieve in society. Stacks also has its own token, which is mined as its holders receive bitcoin in a process Stacks calls “proof of transfer.”

Stacks, therefore, relies on the willingness of bitcoin holders to exchange their BTC for Stacks Tokens in a one-way street, hoping for future gains as yield is generated from their “stacking” — a process that is not quite aligned with the incorruptible proof-of-work system that underpins Bitcoin.

The city coin adds another layer and MiamiCoin is mined as “miners” or “stakers” receive Stacks Token, similar to the process above. This creates a reinforcing and self-feeding “economy” as both holders and the city receive rewards with no actual work being done besides stacking.