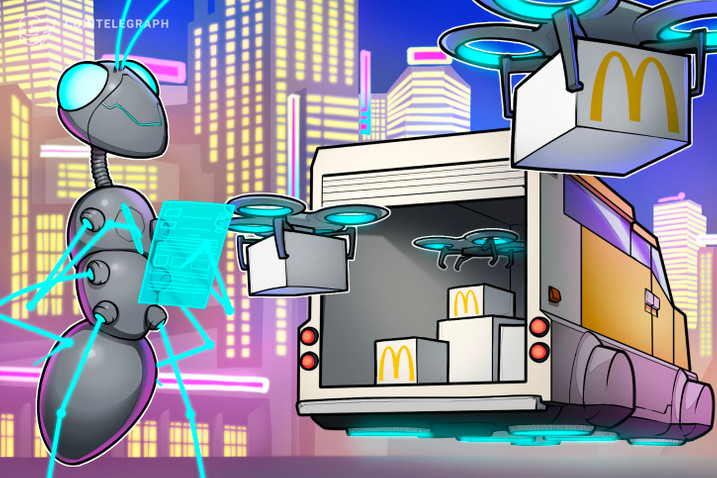 The golden arches poked fun at crypto investors last month, but the fast-food company has now embraced the metaverse by applying for trademarks of its brand for the virtual world.

Iconic American restaurant chain McDonald’s looks like it is preparing to make a move into the metaverse by registering for 10 trademarks in the virtual space.

Based on the application, the restaurant chain will be able to provide “downloadable multimedia files” for artwork, audio and video files, and nonfungible tokens (NFT).

McDonald’s also included its McCafe brand in the metaverse trademark application. The brand would be ready to offer entertainment services “namely, providing on-line actual and virtual concerts and other virtual events.” Could McCafe become the new branded virtual destination to catch a sponsored concert from one of your favorite acts?

McDonald’s would be competing against other emerging virtual concert organizers such as Animal Concerts. Such concerts eliminate geographical barriers that have prevented fans from seeing their favorite acts perform and also vastly reduce the cost of touring.

Its plans also include downloadable content, NFTs, virtual food and beverage items, and virtual facilities where users can congregate.

Related: Music in the metaverse creates social and immersive experiences for users

Gerben told Forbes on Wednesday, “I think you’re going to see every brand that you can think of make these filings within the next 12 months,” adding:

“I don’t think anyone wants to be the next Blockbuster and just completely ignore a new technology that’s coming.”

The average time for the United States Patent and Trademark Office to review an application for a trademark is about nine and a half months, but Gerben believes that neither McDonald’s nor Panera Bread will have any trouble gaining approval for their trademarks.