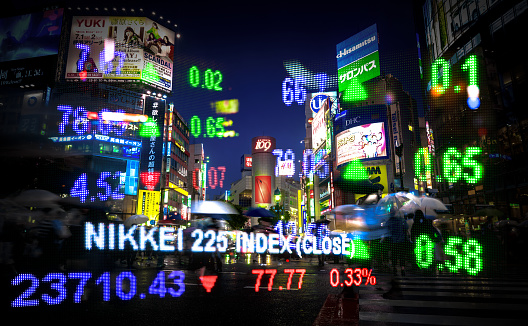 SINGAPORE — Shares in Japan led losses in Asia-Pacific during Monday trade as investors monitor monitor developments from the Covid situation in Hong Kong to tensions between Russia and Ukraine.

In mainland China, the Shanghai composite shed 0.28% while the Shenzhen component sat below the flatline.

Developments surrounding Russia-Ukraine tensions continued to be monitored by investors. Fears of a Russia attack on Ukraine sent stocks on Wall Street plunging Friday, with the Nasdaq Composite falling nearly 3%.

Goldman Sachs: These global stocks have strong earnings growth — and could rally more than 50%

How to invest in one of the hottest commodities of the next three decades: water

Oil prices were higher in the morning of Asia trading hours, with international benchmark Brent crude futures jumping 1.27% to $95.64 per barrel. U.S. crude futures surged 1.48% to $94.48 per barrel.

The Japanese yen traded at 115.54 per dollar, having strengthened sharply from above 116 against the greenback late last week. The Australian dollar was at $0.7134, off levels above $0.72 seen last week.