IS IT TIME FOR BITCOINERS TO GET ON ‘ZERO FIAT’? NOT YET 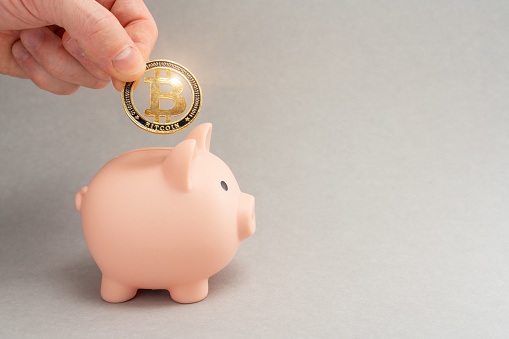 We’ll all eventually transition to holding zero fiat money, but most people cannot afford to go full bitcoin just yet.

Should we all go zero fiat? I’ve seen this idea gain prominence on Bitcoin Twitter recently, discussed by people like LaserHodl and Heavily Armed Clown. Personally, I’m open to the idea, and I believe that we all will eventually #GetOnZero. But not just yet.

As much as I’d love to live in the hyperbitcoinized world today, we’re not there yet. Put in simple terms, I still have fiat-denominated obligations with individuals or businesses that do not directly accept bitcoin. So, while I generally minimize my fiat exposure, there are valid criticisms and concerns about literally going to zero fiat today. And what about using the fiat system’s debt for your own benefit before it collapses?

So, as I write this in December 2021, I don’t believe “the juice is worth the squeeze” for many bitcoiners sitting on something around 99%, to go all the way to 100% bitcoin and zero fiat.

Let’s try and present the charitable version, or “steelman,” of the case.

The main point of #GetOnZero is to maximize bitcoin exposure, and obviously minimize fiat exposure. The #GetOnZero gang have a good point in that by continuing to hold fiat, you have not “truly left” the fiat system and you’re in some sense supporting the fiat system. In economic terms, we could argue that if you still hold fiat, you’re still contributing to fiat liquidity by chipping in to the reservation demand for fiat.

One worthwhile insight from the #GetOnZero gang is that, while there are capital gains taxes headaches associated with selling your sats, at least the reporting can be mostly automated. For example, your exchange or bitcoin broker service should provide you with a transaction export CSV list, and then you could take that to a tax accountant or automated software solution to automatically calculate taxes payable at year end. I believe this is a point that few had really considered up until recently. Still, there are many bitcoiners sitting in a solid green position, and if they had to liquidate some for an emergency fiat obligation, they would now have to pay capital gains taxes that they otherwise would not have had to.

What’s the rejoinder from the #GetOnZero stance? Well, you might still come out ahead even after taxes because of the additional bitcoin exposure.

So, let’s say you are a diligent saver and planner and you’ve stacked a six-month emergency fund. Instead of maintaining say, a six-month fiat emergency fund, you, the #GetOnZero adherent, would rather not bother and simply HODL bitcoin. As bitcoin is going up very quickly (155% per year on a 10-year basis as of December 18, 2021, or let’s say around 60% to 70% per year going forward for the medium term), it’s clear why you want to maximize bitcoin exposure.

SO, WHERE DO I PRINCIPALLY DISAGREE?

When your obligations are fiat denominated (and the person you owe does not take bitcoin payment), you will generally need to sell some bitcoin. In these cases particularly, you are bringing a whole new world of tax and reporting into your life that previously did not exist relative to paying with fiat.

In other cases you might be conflicting with other objectives of using the fiat system. Let’s summarize some situations where you might be:

I say this because the 2014, ’15, ’16 bear market was brutal. Bitcoin went from around $1,200 in late 2013 down to around $200 or so. It wasn’t even clear that bitcoin would recover in those days. At this time, if you were zero fiat and lost your job or income, you would have been spending down bitcoin at the worst time. This is the time that a fiat emergency fund of say, three to six months of living expenses would be most helpful.

While the scenario might be more on the bearish side, I’d generally prefer to keep more resilience in my overall life and not be so reliant on selling or spending down sats at the worst possible time.

Consider also that you might have large upcoming fiat obligations. Would you be willing and able to sell bitcoin to meet them if you lost your job? What if the scenario is that the Federal Reserve or other central banks try (even temporarily) to raise interest rates, and the market tanks, and there are mass layoffs? Losing your job at these times would be even worse if you didn’t have a fiat emergency fund.

Now, the #GetOnZero rejoinder here might be: save up enough sats such that you have enough to ride this out. But how much is actually enough? While you might think, “sure I’ve saved up two-years’ worth of sats to live on should things go bad,” what happens when bitcoin tanks 80%?

If your fiat purchasing power drops to one-fifth of what it was, does that mean you now need to have 10-years’ worth of salary saved in bitcoin? How comfortable would you be trying to ride out two years without a job, spending down a significant portion of your stack?

Now, in fairness, the six-month emergency fund might not tide you over for two years, but I’d view this as part of the overall mitigation approach: cut expenses down and spend fiat rather than spending bitcoin while looking for a new job or income.

While the 2018, ’19 bear cycle wasn’t as harsh and long as the previous one, there are no guarantees about what the future holds. Be wary that your backtesting only includes recent history.

USING THE FIAT SYSTEM AND DEBT TO STACK MORE SATS

I recently did an episode of my podcast with Dylan LeClair of Bitcoin Magazine (SLP326) to talk about using the fiat system to stack more sats. In this episode, we spoke about some of the techniques around using fiat debt to be able to stack more sats. As part of this strategy, you may need to keep some fiat on hand to be able to repay the fiat loan, with the net result being that you end up ahead in bitcoin terms.

Another example could be using a collateralized loan for a portion of your stack (don’t borrow against your whole stack! Or even a large part of it!). In this case, you might have a life expense or large purchase to pay for, and rather than paying bitcoin or selling bitcoin, you’d rather retain the bitcoin exposure.

If you can get a loan with decent terms, and/or you have fiat income to be able to repay the loan, you might calculate that your expected value (EV) is higher to use fiat credit than to spend/sell sats. In the successful case, you could see that borrowing fiat worked out, and once the loan term is up, you either rollover and withdraw some collateral (if number has gone up), or you may have saved enough fiat to repay the principal and take all of your bitcoin collateral back into your self custody. In this case, you are able to make a purchase which could be tied to a life event, but avoid a capital gains tax event on the sale/disposal of bitcoin, and end up ahead in bitcoin terms.

Now, of course, if you’re not careful, you could end up down and rekt as discussed in the episode of my show with Andy Edstrom (SLP273). But note that one of the mitigations against getting rekt here: deposit more fiat to lower your loan-to-valuation (LTV) ratio. You might need some fiat available on hand to quickly deposit into the loan facility to meet a margin call and avoid liquidation. This is another reasonable case for not being on zero fiat, but for a calculated reason.

In other cases, you might need to maintain some fiat balance for the sake of a broader freedom and sovereignty objective. For example, if you wanted to pursue residency in some other countries, one qualification is demonstrating a minimum fiat balance (e.g., Malaysia’s MM2H program) or purchasing a government bond for a given period of time. Now, why do this? Because it might help you legally reduce your net tax payable amount to the state, and give you another flag that you could stack as part of “flag theory.” In doing so, you might be able to reduce your reliance on any one particular state.

Rather than being locked inside the country like Australians were during Hysteria-19, you could potentially use an alternative citizenship or residency to leave. Speaking merely of minimizing fiat rather than grandstanding about literally having $0.00 in your fiat bank account is more precise here.

STAYING UNDER THE RADAR

As Bitcoiners, we’re often more skeptical of the state and don’t want to unnecessarily report and deal with the accounting and taxation headaches associated. While there are automated tools as discussed earlier, this can still be a pain to track if you have multiple wallets and setups running. Not every bitcoin wallet has auto-export functionality with transaction descriptions attached, and few bitcoin wallets track cost basis.

This problem is compounded if you’re already sitting on a gain from some time ago. Then, even if the price hasn’t recently gone up, but you have fiat obligations due, you end up paying a capital gain. The desire for complete purity from fiat money ends up causing logistical and accounting headaches as well as increases the capital gain tax payable — where otherwise the HODLer could have maintained a small fiat balance to pay with.

NOT EVERYONE CAN ACCESS THE SERVICES THAT HELP WITH ZERO FIAT

Some of the services that specifically assist Bitcoiners going “zero fiat” are only available for U.S. customers, and are simply not available everywhere in the world. For example, having credit cards that auto-pull from a BTC balance, or allow you to spend your bitcoin down “but as fiat.”

What’s a HODLer to do? Keep a bitcoin balance on an exchange? Hope to be able to find peer-to-peer cash deal counterparties (someone wanting to buy bitcoin for cash) every time? It seems impractical to me.

WHEN WOULD IT MAKE SENSE?

I’ve mostly been spelling out some reasoning why it doesn’t make sense to go zero fiat. But to be fair, when would it make sense?

Probably when all our income is in bitcoin, and we can pay all or most of our costs directly in bitcoin, and ideally after the DCA army has grown larger. Living in a world where obligations are denominated in fiat and unpayable in bitcoin just makes it impractical to go to zero fiat for most people.

It would also make more sense once fiat inflation crosses above a certain threshold. The reason for this would be that your fiat emergency fund would have to start climbing very rapidly in nominal value at some point. Yes, it’s subjective, but I don’t perceive that time as being now.

Bitcoin is best treated as the ideal savings account — that doesn’t necessarily mean you can’t use the fiat system for what it offers you today. This could be conservatively using fiat debt or loans to stack more sats, or simply protecting ourselves against long-term bear market cycles and unknowns.

Rather than #GetOnZero, I think something like #MinimizeFiat is a better heuristic for maximizing your bitcoin exposure within safe and conservative limits. But going all the way to zero fiat? Not quite yet.

This article was originally published on Bitcoinmagazine by STEPHAN LIVERA