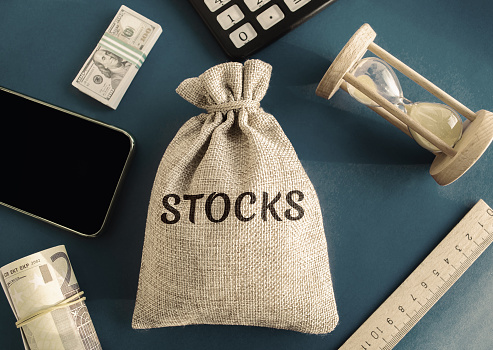 Investors could get a reprieve in the week ahead from the vicious selling cycle that has gripped the stock market since late March.

Stocks bounced off of Thursday’s washout lows and were set to exit the week with reduced losses after Friday’s rally. Buyers on Friday hunted for bargains among small caps, biotechnology names, the Arkk Innovation ETF and other growth names that were hardest hit.

The S&P 500 jumped back above the key 4,000 level Friday, after touching 3,858 on Thursday — near the 3,800 to 3,850 area that chart analysts have been targeting for a bottom. But while it seems like the market could bounce temporarily, market technicians say that zone will likely be tested again later on.

“It has the ingredients for an oversold bounce that might last more than a week. I think this bounce is going to be led by all the oversold names that are down 70% to 80% from their highs,” he said. “It doesn’t mean you can blindly buy. Not everything is going to be created equally in this bounce.”

Redler said the fact that the Federal Reserve does not meet for a few weeks could add some support to stocks. Markets have been nervous that the Fed will raise interest rates too quickly and choke the economic recovery as it tries to snuff out hot inflation.

In the week ahead, investors will continue to look for clues on the course of the central bank’s interest rate hiking path in both economic reports and comments from Fed officials.

Fed Chairman Jerome Powell is slated to speak at a Wall Street Journal conference Tuesday afternoon. For now, the market expects a half-point interest rate hike at the June meeting and another in July, with possibly a third in September. The central bank raised its fed funds target rate by a half point this month, after a quarter point hike in March.

The health of the consumer will be a major focus in the coming week. The economic calendar includes April retail sales and also a look at the housing sector, with the National Association of Home Builders’ survey; both reports are set for release Tuesday, with housing starts coming on Wednesday and existing home sales Thursday.

Walmart, Home Depot and Target are set to report earnings next week, and of these big chain stores could provide good insight into the impact of inflation on consumer spending and attitudes.

Perhaps the most telling thing for investors in the coming week will be just how the stock market trades after its effort to bounce back Friday.

“I think what’s most encouraging to me is the rate rout has stopped. All year long, short-term yields have been pushing up the 10-year yields,” said Jim Paulsen, chief investment strategist at Leuthold Group. He noted that inflation expectations in the bond market have also backed down, and the reduced pressure from the rates market could help stocks rally. Yields move opposite prices in the bond market.

Fairlead Strategies founder Katie Stockton said the slowdown in the 10-year yield’s climb is important. For the broader economy, the 10-year’s run from about 1.5% at the start of the year has already had a impact on housing, since home mortgages are influenced by it.

For stocks, technology and growth names have been most impacted by higher Treasury yields. That’s because higher rates make money more expensive, and cheap money is the fuel for stocks with high valuations.

“I think 10-year yields are just going to be stalled in here,” said Stockton, noting her view is purely based on chart analysis. “Such a steep uptrend is unsustainable. … We believe there’s going to be consolidation in Treasury yields and in the dollar.” She said the support for the 10-year is at 2.55% and upward resistance is at 3.25%.

Paulsen noted that much speculation has been wrung from high-fliers and big cap tech. “Look at the FANG stocks going from 14% of market cap to 9%. A lot of the tech bleed is done,” he said.

Investors were also watching Apple this past week, after it broke support at $150. The stock has an outsized influence on the market, since it is the biggest U.S. company by market cap and is part of the Dow, the S&P 500 and Nasdaq.

Apple stock fell just below Stockton’s target of $139 on Thursday but recovered Friday, to close at $147.11 per share.

Stockton said her chart analysis is signaling the market could see around two weeks of stabilization, either with a bounce or sideways move. “It’s not a buy signal. I’m not recommending people buy.”

Her downside S&P 500 target had been 3,815, and she said it is still in play. “We have to assume it will be a retest,” Stockton said. “The retest has a higher chance of yielding a breakdown because the momentum is still to the downside.”