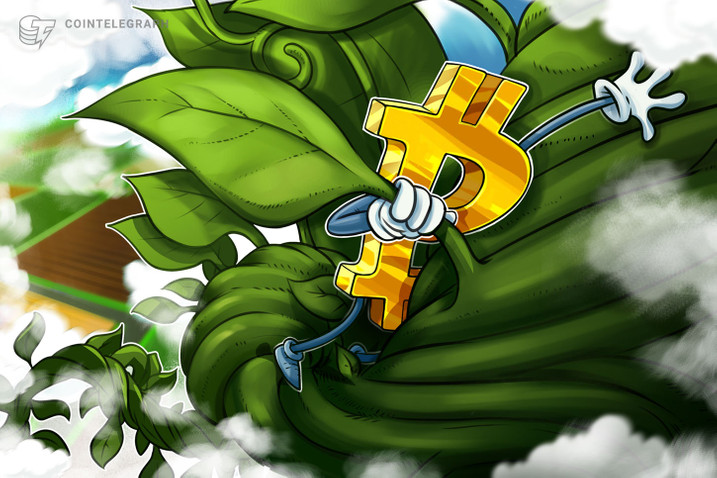 If inflation is taking a deeper hold on the global economy, could Bitcoin become less a speculative tool and more a safe haven?

Is the global economy in uncharted territory now vis-a-vis Bitcoin (BTC) and inflation? During most of the cryptocurrency’s brief life, the economic environment has been generally pro-growth with stable prices but recently, there are fresh warnings of an inflationary storm.

If so, what does it mean for Bitcoin, long promoted by partisans as an inflation hedge though not really tested in this way since its 2009 founding? That is, will millions of individuals and institutions flock to BTC as a safe haven — an alternative to gold or the United States dollar?

Recent reports, like the 6.2% October rise in the consumer price index (CPI) of the United States — a 30-year record — were sobering, though this recent bulge in a single national economy might be more related to ongoing supply-chain snarls and pent-up post-pandemic consumer demand than any secular change in global markets.

“Yes, it [i.e., inflation] is potentially a problem,” Mauro Guillén, dean at the University of Cambridge’s Judge Business School, told Cointelegraph. But, much of inflation’s danger is tied to consumers’ expectations of the future. If they believe that continued rising prices are an enduring fact of life, then they will purchase items sooner rather than later, anticipating higher prices.

“The fact that U.S. consumers are postponing buying big-ticket items due to inflation suggests that they believe inflation will come down,” said Guillén, adding: “I am guardedly optimistic that this is temporary.”

Others aren’t so upbeat. “It is clear now that inflation is less transitory than was initially hoped,” Itay Goldstein, a professor of finance at the Wharton School, told Cointelegraph. The world is struggling with supply-demand imbalances following the pandemic, and COVID-19-related monetary and fiscal stimulus also factor into recent inflation reports, but “it seems that inflation has taken a deeper hold and will take longer to subside,” according to him.

“Inflation has accelerated, and not just in the U.S.,” Marc Chandler, managing director at Bannockburn Global Forex, told Cointelegraph. Last week “we also learned that China’s CPI jumped from 0.7% year-over-year to 1.5%.” Will it last? It’s not clear at this point. “What we do know is that price pressures have not peaked and may not peak until well into next year.”

But, if global inflation were to worsen dramatically? Then “I would expect [crypto] adoption by both buyers and sellers to really explode,” Leonard Kostovetsky, assistant professor at Boston College’s Carroll School of Management, told Cointelegraph while adding that this isn’t the likeliest outcome:

“I don’t see this happening any time in the foreseeable future. My guess is that inflation will get under control fairly soon — next four years, perhaps — as pressure grows on policymakers to rein it in.”

Bitcoin received a price boost recently from the debut of the first-ever U.S. Bitcoin futures ETF, but it “seems to now be fueled by the sustained inflation that we are witnessing across all the world’s major economies,” Sui Chung, CEO of CF Benchmarks, a cryptocurrency benchmarks administrator, told Bloomberg.

Bitcoin, of course, has a fixed supply cap of 21 million BTC. The USD, by comparison, is elastic and the growth in the United States M1 Money Stock has ballooned more than five-fold over the past five years: From $1.378 trillion in September 2016 to $7.245 trillion in September 2021 (426%), according to Federal Reserve Bank of St. Louis data.

“It is true that part of the attraction of cryptocurrencies like Bitcoin originates from the fear of inflation in fiat currencies,” said Goldstein. “I suspect that inflationary pressure will thus help Bitcoin and other cryptocurrency’s prices.”

But, BTC’s fixed cap may not make such a difference, others contend. “The price of Bitcoin is driven by demand,” said Guillén. If people believe that it’s a good store of value, then they will purchase BTC — which seems to be the case now, he allowed. “But, I wonder what will happen when interest rates go up and people realize that a Treasury bill will pay a nice interest, and it is so safe.”

“I think that old saw about limited supply needs to be unpacked,” said Chandler. “One can talk about the money link now after the 40% rally in October, but what happened to the money rule in Q2 when BTC fell from $58,900 to $34,500.”

Bitcoin’s limited supply may not even give it an edge over other cryptocurrencies. Kostovetsky doubted that Bitcoin’s capped circulation gave it any big advantage over Ether (ETH) as a safe haven, for instance. “The key advantage of crypto as an inflation hedge would be that there are supply rules that can not be manipulated by humans.” Savers wouldn’t have to worry about some “artificial [i.e., politically motivated] increase in supply that would make their savings worth less,” he said.

Greater impact in the developing world?

Much of the recent inflation discussion focused on the U.S., but China, too, appears to be feeling some effects. That nation’s producer price index soared 13.5% in October (year-on-year), after a 10.7% increase in September. This raises other questions: Will global inflation hit the developing world harder than the developed world, and if so will poorer countries be more likely to adopt Bitcoin as an inflation hedge?

“I do see lower-income people and countries suffering from the impact of inflation,” said Chandler, especially those with weak banking systems and numbers of unbanked households. Before they can take advantage of Bitcoin or other cryptocurrencies, however, they arguably need to possess, at a minimum, cell phones and a certain level of financial literacy.

“Bitcoin is proving to be a viable alternative to other more classic inflation hedges like gold,” Dan Gunsberg, CEO at HXRO Network, told Cointelegraph, adding that “poorer countries will continue to adopt Bitcoin as a hedge against inflation.” That said, while investors may flock to Bitcoin as a safe haven, it is still widely viewed as a risk asset and tends to correlate with other speculative assets like equities, he added. Guillén was less alarmed on the inflation front:

“So far, emerging markets and developing countries are not experiencing inflation rates higher than the United States. The dollar will remain strong. I don’t think we will see high global inflation.”

All in all, “We are in uncharted territory,” said Kostovetsky. No one really knows if inflation will be severe and widespread or mild and localized, while Gunsberg added that “We have been in uncharted territory for inflation for longer than what’s been publicly communicated, which has been reflected in the price of Bitcoin,” as well as other financial assets over the past 12-18 months.

Related: ​​Are institutional investors the key silent partners of crypto?

Still, if inflation does turn sharply higher, while cryptocurrencies manage to become less volatile — two big ifs, admittedly — then “there is potential for people to hold their savings in crypto,” Kostovetsky told Cointelegraph, which would mark a big sea change indeed.