How to assess cryptocurrency projects? 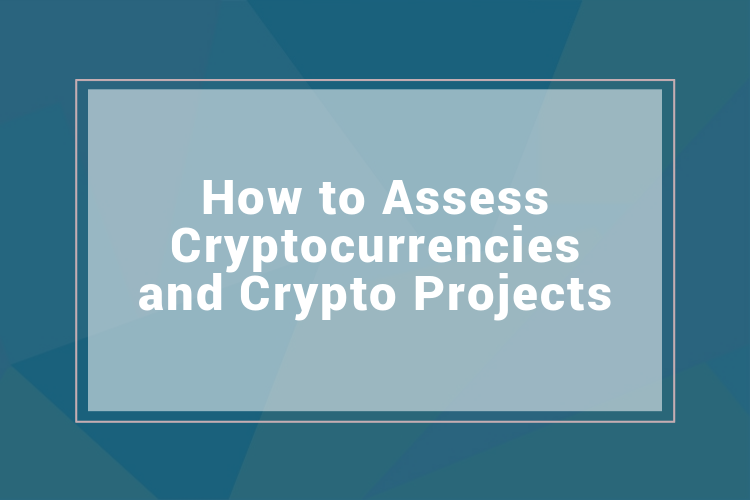 So you’ve now decided to invest in cryptocurrencies. You probably have bought some of the bigger ones like Bitcoin or Ethereum, but you are also looking to diversify into some of the smaller and riskier coins. Where do you start?

Whether you want to invest in existing cryptocurrencies or ICOs, the method to review or analyse their quality remain similar. Here are some of the important factors to look at:

3. The Idea and the Project Itself

What is the token useful for? Do they give out dividends or profit sharing schemes? Will you have a voting power by owning the token? I’ve seen some projects that release their own tokens, however it is quite unclear what the tokens are for. And with these projects, sometimes there are no clear connections between the project and the token itself. If it doesn’t do anything, why would you have these tokens for?

The easiest way to get market cap, circulating supply, and coin price data is from Coinmarketcap.com. Search for the name of the coin, and the data should be listed on the page. Let’s use Ethereum for example. The top red box is the price in USD.

This is one factor that is often overlooked by investors. Imagine if you have $1,000 worth of ABC coin, however the trading volume is only $500. It is impossible to liquidate your position.

Of course in real life, it is very rare to have more coins than volume – unless you are a “whale” (a trader / investor with a large capital). What often happens is that the current price shown is actually representing a small amount of coins, so you wouldn’t be able to liquidate most or all your position with the shown price.

To check which exchanges that list a coin, browse to coinmarketcap.com, search for a coin, then click on the “Markets” tab in the bottom (next to “Charts”).

Is the project supported by strong community and developers? An easy way to check is to go through their Reddit page and see how active their channels are. Let’s take an example of NEO here, which has a strong developer support by an external group called the City of Zion. This external group helped built the Neon Wallet software and even have their own roadmap, governance & documentation.

What stage are they currently in? Are they in ICO mode, or in a more stable stage? How likely is it for them to grow from this stage moving forward?

Do you see any other blockchain projects that offer similar type of product or service?

Let’s take an example of the cryptocurrency debit card space. A simple search would bring up 3 different blockchain projects that will offer almost a similar type of product: TenX (PAY), Monaco (MCO) and TokenCard (TKN). Eventually everything comes down to the quality of their product & service, and also the size of their user-base. But you can start analysing these companies by looking at their current market cap, when they are releasing their products, their roadmap, and current number of user-base from their social channels.

Have you read their whitepaper? What do you think of it? Are you confident that they can reach their business goals and deliver what’s promised? What does their roadmap look like?

13. The Legality of the Project

This last factor is often overlooked. Let’s take an example of a company based in Indonesia, looking to launch a product that will allow the use of cryptocurrency to pay for everyday things. The idea sounds great and achievable. However, Indonesia does not currently allow cryptocurrencies to be used as a mean of transaction. How will the company circumvent this rule? And what are their strategies to meet with local legal requirements?