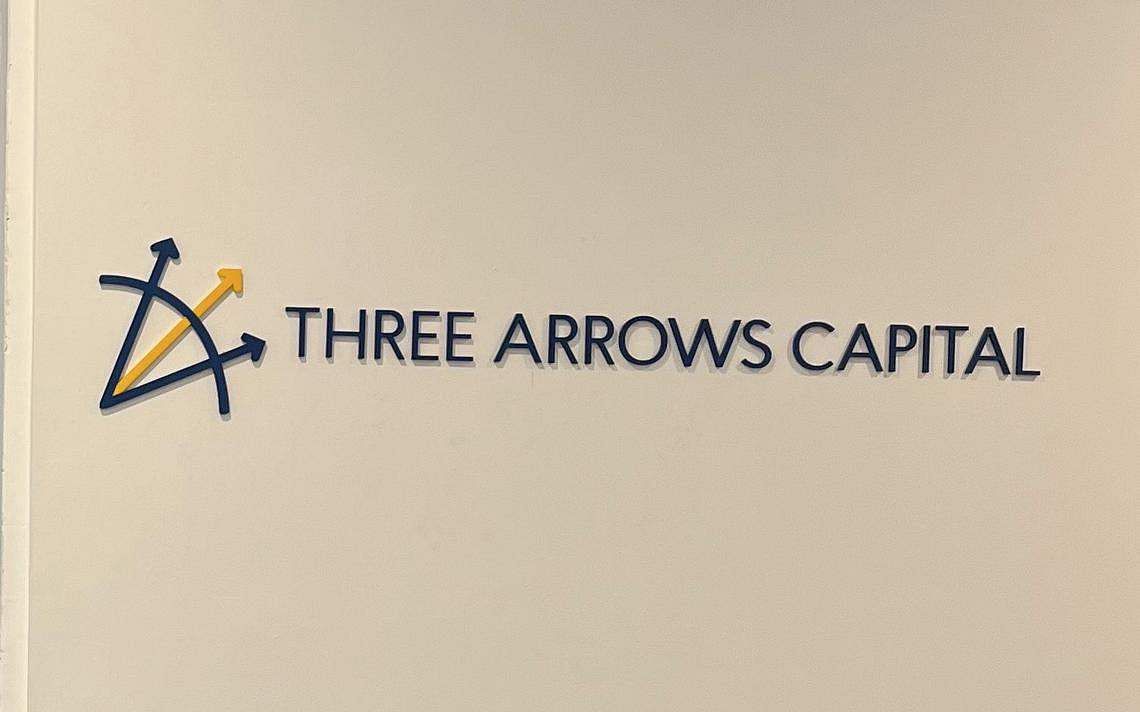 Su Zhu and Kyle Davies turned 3AC into the most important hedge fund in crypto, but they bet everything on prices only going up. Days before Bitcoin fell decisively below $40,000, and two months before his hedge fund went bankrupt, Su Zhu sat down for an interview in the Bahamas, one shoeless foot tucked under his leg. An investor as legendary as they come in the decade-old cryptocurrency industry, he had a message that matched his relaxed demeanor. “When there’s a lot of despair, you can start buying,” he said deadpan at a podcast recording for the FTX exchange. “You don’t have to follow the despair.”

That kind of steely optimism isn’t hard to find in a crowd that turned the typo “HODL” into a full-blown mantra for never selling. But Zhu wasn’t just any laser-eyed crypto trader. With his schoolmate Kyle Davies, he ran Three Arrows Capital, one of the largest crypto hedge funds in the world. With a few billion dollars under management, it was far from massive by Wall Street standards. But in digital assets, it was a heavyweight.

More than that, Zhu and Davies were an integral part of the crypto market’s densely woven web. Their fund was a venture investor in some of the best-known crypto startups and, in some cases, manager of their corporate treasuries. It was both an aggressive borrower from large lenders and a shareholder in some of those lenders. It was a corporate parent for other fledgling funds. The duo were influencers with a combined 610,000 Twitter followers, as well as brokers of deals and introductions.

Zhu first made his name in late 2018 by rightly calling the end of the last “crypto winter,” which saw the price of Bitcoin fall some 80%. So when Bitcoin fell from its peak of more than $68,000 this year, buffeted by rising interest rates that sent investors fleeing from risky assets, he remained sanguine. With borrowed cash, Three Arrows placed big bets that the cryptocurrency would rebound. Instead, the market kept sinking, one domino falling after another until the fund became the biggest domino of all. It started missing margin calls from the companies funding its trades in mid-June and declared bankruptcy on July 1, as Bitcoin traded below $20,000.

In the July 8 filings for the US bankruptcy case, advisers in charge of liquidating the fund say that Zhu and Davies haven’t cooperated with them and that the founders’ whereabouts were unknown. On July 12, Zhu tweeted that a “good faith” effort to work with the liquidators “was met with baiting.” Zhu, Davies, and their lawyers did not respond to requests for comment.

The rise and fall of 3AC, as their Singapore-based fund was known, parallels the transformation of crypto. What started with speculation on a few well-known coins such as Bitcoin and Ether became an interdependent industry of tokens linked to other tokens, crypto companies acting like banks offering depositors double-digit yields, and lots of borrowing by traders looking to juice their returns. The rapid growth of this infrastructure helped push up crypto prices and 3AC’s fortunes; when prices turned this year, 3AC unraveled and may have even accelerated the decline. For all the complexity of the new crypto ecosystem—the “smart contracts,” reams of online white papers, and heady talk of decentralized finance—it still proved to be a giant wager on the simple idea that there would always be more buyers for digital coins and prices would mostly keep going up.

Crypto trading platforms including BlockFi and Blockchain.com have since disclosed exposures to 3AC. One—Canadian-listed Voyager Digital Ltd.—has gone under after 3AC defaulted on a loan worth more than $650 million. Its customers, which include a lot of ordinary investors, have had their crypto accounts frozen and are unlikely to get back all their assets. When the music stopped, it turned out that almost everyone had lent to, as many have called it, the Archegos Capital or even Long-Term Capital Management of crypto.

Crypto is vaunted for its transparency: Transactions are recorded on a public blockchain database, and many transactions are governed by open source software rules. But at the big money levels at which 3AC played, borrowing was largely a matter of relationships, not much different from the way typical hedge funds rely on the confidence of their bankers. 3AC borrowed from the biggest crypto lenders without disclosing much about its finances. Zhu’s and Davies’s online personas were populist billionaires who tweeted, “Only boomers trade stocks btw.” But among the pros, no one quite expected them to make such wild wagers. They turned out to be “degens,” crypto slang for degenerate gamblers, like everyone else, says one trading-firm executive who asked not to be named.

The duo’s background before crypto was conventional for finance. After graduating from the elite Massachusetts boarding school Phillips Academy and later Columbia, Zhu and Davies cut their teeth trading derivatives at Credit Suisse Group AG in Tokyo. In 2012 the two friends, then in their mid-20s. started their own hedge fund; it was a tiny operation that took advantage of price gaps across emerging-market currency derivatives, picking up the pennies in between while hoping those pennies would add up across lots of trades.

As digital assets started to take off in 2016, Zhu and Davies saw that the nascent crypto market was even more rife with the kind of pricing gaps they profited from in currency contracts. At one point in the heady days of 2021, Bitcoin futures were trading 50% above the “spot” price to buy the tokens themselves. So 3AC sold futures and bought spot, a classic Wall Street play that capitalizes on a temporary pricing disconnect.

Then came a bigger opportunity. The Grayscale Bitcoin Trust, or GBTC, allows people who can’t or don’t want to hold Bitcoins directly to instead buy shares in a fund that invests in them. For a while, GBTC was one of the few US-regulated crypto products, so it had the market to itself. It was so popular that its shares traded at a persistent premium to the value of the Bitcoin it held.

Big investors such as hedge funds had a way to buy GBTC shares for less than what ordinary traders were paying, however. Grayscale allowed them to purchase shares directly by giving Bitcoin to the trust. An easy way to make money was to borrow Bitcoin, exchange it for shares, and then sell those shares at the premium price. At the time of its last filing at the end of 2020, 3AC’s was the largest holder of GBTC, with a position then worth $1 billion. But the strategy had a snag: The shares bought directly from Grayscale were locked up for six months at a time.