HOW DOES GRESHAM’S LAW RELATE TO BITCOIN? 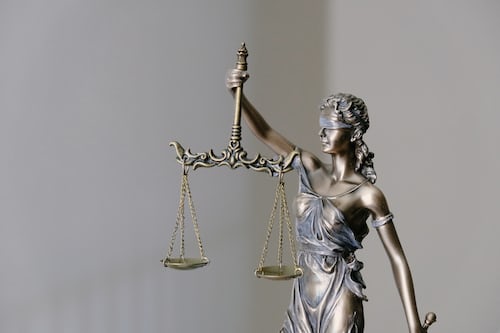 How do we define good and bad money, and how does that relate to the economics surrounding bitcoin?

To many, bitcoin is the soundest money the world has ever seen. In this article we dive into Gresham’s law and discuss how bitcoin will eventually overtake the dollar, and all other fiat currencies. We cover what Gresham’s law is, how it relates to bitcoin, and whether bitcoin exhibits characteristics of good money as it relates to Gresham’s law.

WHAT IS GRESHAM’S LAW?

Investopedia states: “Gresham’s law is a monetary principle stating that ‘bad money drives out good.’ It is primarily used for consideration and application in currency markets. Gresham’s law was originally based on the composition of minted coins and the value of the precious metals used in them. However, since the abandonment of metallic currency standards, the theory has been applied to the relative stability of different currencies’ value in global markets.”

At the core of Gresham’s law is the concept of good money (money which is undervalued or money that is more stable in value) versus bad money (money which is overvalued or loses value rapidly). The law holds that bad money drives out good money in circulation. Bad money is then the currency that is considered to have equal or less intrinsic value compared to its face value. Meanwhile, good money is currency that is believed to have greater intrinsic value or more potential for greater value than its face value. Logically, people will choose to transact business using bad money and hold balances of good money because good money has the potential to be worth more than its face value.

HOW DOES GRESHAM’S LAW RELATE TO BITCOIN?

Now that we have a fundamental understanding of Gresham’s law, let’s examine how it relates to bitcoin.

With the understanding that Gresham’s law states that “bad money drives out good money in circulation” we can then ask ourselves, “Is bitcoin exhibiting characteristics of good money or bad money as it relates to Gresham’s law?” To answer that question, we examine the following topics: spending versus saving bitcoin, spending versus saving dollars, and the cost of saving in bad money.

The overwhelming use case of bitcoin today is that of a store of value savings mechanism. The reasons for this are myriad and include: the growing network effects of adoption leading to rapid price appreciation of bitcoin, the tax treatment of bitcoin, and merchant adoption of accepting bitcoin for payment.

With a historical compound annual growth rate of over 200%, bitcoin holders have little incentive to spend their bitcoin. Couple that with the fact that bitcoin is classified as property by the Internal Revenue Service, meaning every transaction is a taxable event, and we can quickly understand why bitcoin is saved and not spent. As bitcoin continues along its expected path to becoming the global reserve currency, we can expect that eventually it will also be used more widely in everyday commerce. In fact, this is already beginning to happen in developing countries, as well as countries whose currencies are unstable, such as Venezuela, Argentina, Turkey, and others. Additionally, El Salvador became the first country to classify bitcoin as legal tender earlier this year, meaning that every merchant must now accept bitcoin as payment in El Salvador. This trend will continue in the coming years until bitcoin is accepted as payment just as widely as dollars are today.

Contrast how bitcoin holders utilize bitcoin with that of how dollar holders utilize the dollar. The dollar does not have a fixed supply of units like bitcoin does. In fact, more dollars are created out of thin air whenever the government and Federal Reserve Board feel the need to create them. This fundamental difference is what has led to the dollar depreciating by over 90% in the past 100 years. So, it’s easy to see why people tend to spend dollars instead of save dollars, as it’s not logical to store something that is programmed to decrease in value over time and call it “savings.” The reckless money printing that has occurred in the past 18 months (40% of all dollars in existence were printed in the past 18 months) has led more and more people to realize that they should be spending their dollars as fast as they can, and accumulating hard assets to save. Since bitcoin is the hardest asset in history, it makes sense that more and more people are turning to it as their preferred method of saving and storing value.

The Cost Of Saving In Bad Money

The cost of saving in bad money over long periods of time is immense and can be catastrophic to one’s net worth. Imagine if you held the majority of your wealth in dollars over the past 100, 50, 20, or 10 years. In the very best case scenario, your purchasing power would have eroded by over 50% in the last decade due to the monetary debasement of money printing. The worst case scenario being that over 90% of your wealth evaporated.

Now, let’s return to the question we set out to answer: “Is bitcoin exhibiting characteristics of good money or bad money as it relates to Gresham’s Law?”

Bitcoin exhibits all the characteristics of good money. The dollar on the other hand exhibits all the characteristics of bad money. People save in bitcoin and spend in dollars. The dollar is becoming exponentially worse money as time goes on and the speed with which it is debased increases. Conversely, bitcoin is becoming better money as time goes on and more people start to recognize its value as a means to store wealth safely into the future.

Gresham’s law is an important monetary principle to understand. Simply put, bad money is like a hot potato and people are incentivized to get rid of it as fast as they can. Good money is like gold (digital gold in bitcoin’s case), and its monetary properties incentive saving over spending.

As time goes on, we will continue to see good money (bitcoin) being saved, and bad money (dollars) being spent. As the dollar continues its decline, more and more people will gravitate to bitcoin to store the value of their labor. Eventually, once the majority of people are saving in bitcoin, it will transition from primarily being used as a store of value to also being used as a medium of exchange. To get from here to there the value of bitcoin must continue its exponential increase. Buckle up, it’s going to be a fun ride.

This article was originally published on Bitcoinmagazine by DON