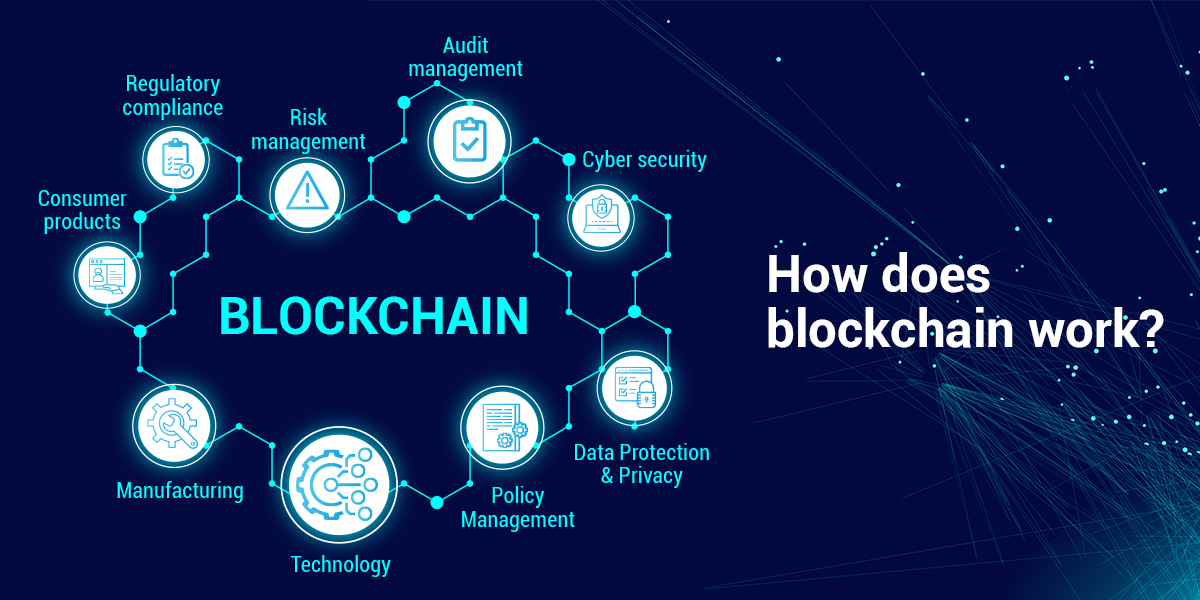 The data sent to each block in the distributed ledger is based on encrypted Merkle trees, which technically means no fraudulent transactions can be recorded. If the network nodes detect a transaction that does not conform to the rules of the protocol, it is immediately discarded. This inherently secure nature of distributed blockchain technology prevents damage to the entire shared blockchain database and can stop an attempted block hack. The most famous blockchain is that of the Bitcoin network, where each transaction (according to the protocol) is recorded and included in a block. Once a transaction has been sent to the network and confirmed by miners, the action cannot be undone or changed.

The same applies to Ethereum, which is responsible for smart contract technology. This open-source public ledger displays a history of all transactions and transaction details. Miners back most blockchains. For example, in the case of the Bitcoin blockchain, it is the miner’s job to confirm a Bitcoin transaction. To the rest of the Bitcoin network by including them in blocks. Ethereum transactions on the Ethereum network work the same way. These public blockchains are global, decentralized, and visible to everyone.

Although many believe blockchains are a system of records, they are not an effective means of storage but verification. In short, blockchains ensure that everyone is on the same page and that no one person can change the ledger for another. – If this were the case, the network would reject the attempt. The transaction details are public when one person sends Bitcoin or ETH funds to another. That doesn’t mean that your name and private information are scattered all over the web, but you can see the public address and the amount.

This is a crucial property of blockchain technology that makes it so efficient regarding record verification and industries requiring transparency. However, a decentralized public ledger where payment amounts are visible to all is not necessarily practical or valuable where privacy is needed or desired.

What Blockchain Can Do

There has been a lot of fuss about what blockchain can do and what blockchain offers. Undoubtedly, it is a life-changing technology that will bring great things for years. But it’s also not a panacea for all the ills in the world. The ability to conduct peer-to-peer transactions on the distributed ledger without a trusted intermediary makes blockchain technology revolutionary.

This is especially true for initial coin offerings, where companies raise large amounts of money and often claim to be able to use blockchain to implement their ambitious ideas. These launches can include anything, from property conversion to drone traffic management.

The supply chain is an excellent example of where blockchain technology can be beneficial. Cross-border payments must be made here; transaction fees are high; currency conversions and many intermediaries take their share. Because blockchain can ensure data is tamper-proof and immutable, digital identity becomes unchallengeable. This has tremendous potential to eliminate trusted third parties and corruption at various points in the supply chain. There is also an opportunity for businesses and individual supply chain members to pay with a standard cryptocurrency, eliminating conversion fees and reducing transaction fees and times.

Beyond the supply chain, however, any industry that requires records and transparency can benefit from blockchain, from real estate to financial services. Capital markets and venture capital have already been forever changed by the decentralized nature of blockchain technology. Has the concept of digital identity. One of the key takeaways of public blockchain technology is that it is decentralized, meaning it is not controlled by a single entity, a central authority, or central servers. However, permission blockchains may not share all of these properties.

More on that later. Unlike typical databases or IP addresses controlled by a central authority, the blockchain cannot be closed because it runs through a network of nodes. This also means there is no single point of failure, and it is more resilient to hacking than centralized “honeypot” databases.

So back to the question, “Why use blockchain?” This is a critical point to keep in mind. Just think of countries where censorship is an issue, and the government shuts down specific sites and channels, like China with Wikipedia or Google. This would be impossible at the protocol level with blockchain technology and a blockchain application.

A frequently asked question is whether blockchain is legal or not. Legal compliance appears to be an issue that varies from jurisdiction to jurisdiction. However, since countries like China have banned initial coin offerings and the use of cryptocurrencies, this is not the case. This means that blockchain technology must achieve regulatory compliance. Blockchain, like the Internet, is a technology and cannot be regulated at the protocol level.

Countries are concerned about compliance due to the explosion in blockchain fundraising, as many scams have left uninformed investors running out of money. Cryptocurrency exchange and wallet providers also need to achieve compliance to protect their users in case of a hack. Social security is essential for countries, and they need to ensure their citizens are well informed or protected from investing in fraud. While some jurisdictions implement KYC as a minimum requirement for legal compliance, this is not helpful when dealing with an external breach such as a hack.

Why Use a Blockchain?

Blockchain technology and its public ledger are still in their infancy, although there are many reasons certain companies, financial institutions, and even governments might want to use it. The technology offers security, potential cost reduction and endless possibilities for the supply chain. Management while eliminating many go-betweens. As we have seen, barring scarce circumstances, blockchains are certainly more resilient to censorship and manipulation than older databases. Governments or non-profit organizations can also use blockchain technology if they wish. Check that the information is correct and truthful, e.g., B. for votes or medical files. You have many reasons to grapple with the question, “Why use a blockchain?”

Because it accelerates processes, improves efficiency and reduces costs. If blockchain technology or another application platform isn’t already doing this for your business, it’s still not worth it.