HOW BITCOIN CREATES OUR NEW REALITY 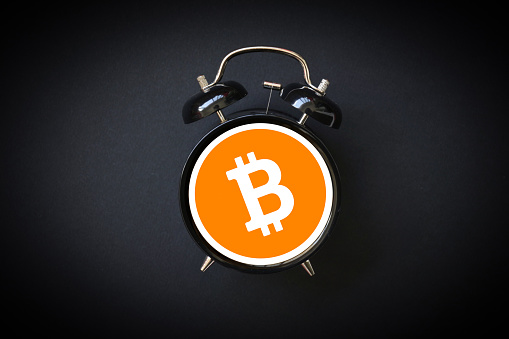 The essence of time, money, has been corrupted — but Bitcoin offers a new reality in which this link is fixed.

But how are we printing money if we can’t print time?”

Time and money are heading in opposite directions. Why? Because unlike time, our money can be manipulated by a privileged few, disproportionately hurting the rest of society, especially non-asset holders during periods of inflation.

Time is the most precious resource because no one can create more of it; it treats everyone the same and no one can cheat time. Bitcoin brings these qualities into money by creating its own sense of time.

“Time is a concept

so need a new clock

to strum its own bass.”

Time differs across space, which means two working clocks can report different times due to time dilation – think of the (fictitious) planet on “Interstellar” where one hour equals seven years on Earth. In order to enable consistency and coordination across space, Bitcoin creates its own sense of time using blocks instead of seconds. Timestamping, in Bitcoin’s reality, is the action of recording transactions permanently at a block height.

“Time is a process

into the real past

The process of Bitcoin resembles the process of time. Time moves the unknown future into a known past through a sense of “now.” Bitcoin moves unknown future transactions into a recorded past on the timechain through the action of timestamping in the present. Once a transaction is confirmed and timestamped with proof-of-work, the block of transactions is broadcasted to nodes across space and added to an undisputed record of the history, and it exists in Bitcoin’s reality forever. This is how Bitcoin creates and reinforces its own self-contained reality.

The arrow of time dictates we can only move forward, not backwards. This means history cannot be rewritten and the past cannot be changed. This immutability is an important characteristic of Bitcoin and time. Over the life of Bitcoin, no one has been able to change the history of the timechain, unlike the Ethereum team reversing a $60 million transaction in 2016, or fiat banks fudging their books. No matter the reason, the act of rewriting the past sets a precedent that it can be done again, thereby undermining immutability. This is a particularly important problem to solve in the digital realm because digital value requires validation of originality, i.e., the first and oldest version of something is the original version and therefore more valuable than its digital copies. To establish the originalness of something, we need to know its place in history – what comes before and after.

Timestamping gives something digital a permanent place in history. In the context of digital transactions, the first confirmed version is the original version and once something is spent it cannot be spent again. If the digital past can be changed then double-spending of the same token can occur, which undermines the process of validation by distorting the sequence of events. This distortion undermines digital scarcity and the value of digital creations. If we can change the past, nothing digital can be sacred and we’re back to square one. This is why immutability is important.

To the biggest, the heaviest, the strongest bedrock.”

“History’s written by the victors and we brought the receipt.”

Now take this concept of originality and digital value and apply it to the Bitcoin protocol itself. The original version of Bitcoin is the one that is still running today. Those who have tried to fundamentally change Bitcoin have forked off alternative versions of Bitcoin and by all measures have failed to overtake the original Bitcoin.

Some people see this lack of change as a weakness, but in contrast, in a world where change is inevitable, immutability is a breakthrough. It is easy to create a newer, shinier form of money with ever-changing governance in the hands of new rulers – this has been done throughout history. However, it is near impossible to create money with the immutability and fairness of the most valuable resource on earth – time. This is what Bitcoin has achieved. Bitcoin has done what it has set out to do with the longest track record of doing so. Unless you can turn back time and recreate this path-dependent outcome, you’re not going to create a “new bitcoin” let alone be able to put in more work than has gone into Bitcoin’s track record of over 700,000 block height, and counting.

“Here’s the meaning of a fair game –

Put in more work and you’ll be added to the main chain.”

“There’s no profit to cheat,

Only a clown takes losses trying to outcompete.”

The act of validating transactions and writing the history on the timechain requires work in the form of energy. Energy is the cost which deters bad actors from attempting to manipulate the system because the amount of energy required to simply double-spend outweighs the profit from doing so. Everyone faces the same disincentive. Everyone has a fair chance to earn the same reward by securing the network. Everyone must work in order to earn their share. Everyone plays by the same rules.

In contrast, our current system requires very little effort from those with large existing stakes to continually benefit from the system. Large asset holders are more creditworthy and get privileged access to new capital to accumulate more inflation-hedging assets, and so on. This virtuous cycle for some is a vicious cycle for others. Those who are asset-poor find it hard to access capital to accumulate assets, and often bear the brunt of inflation without protection. They are forced to take on more risk relative to their existing wealth, in order to increase the probability of growing their wealth.

When money is fiat, it is a melting ice cube that must be spent or invested, otherwise you risk losing purchasing power over time. When money is time it becomes a store of value with real opportunity cost to every action. Everyone who holds money in the form of bitcoin by default holds the most valuable asset in the world.

Individuals are better able to understand the trade-offs with money because we have a common denominator of time to measure across everything – from hamburgers to housing to energy to salaries, across space and time. This means we are incentivized to be more thoughtful in our consumption and choose high quality goods and services that can stand the test of time, because time is precisely what we are giving up in order to acquire something else. We move away from a mindset of growth at all cost to one that thoughtfully considers opportunity cost. By creating money from time, Bitcoin fundamentally changes human incentives and the future of humanity.

Kudos to Gigi Der, Robert Breedlove and Saifedean Ammous for their wisdom on Bitcoin, fiat and time. Special thanks to my partner James Viggiano for his thoughts on the article.

This article was originally published on Bitcoinmagazine by TIP PIUMSOMBOON