Filecoin: Will this ‘first time’ success lead FIL towards a bullish future 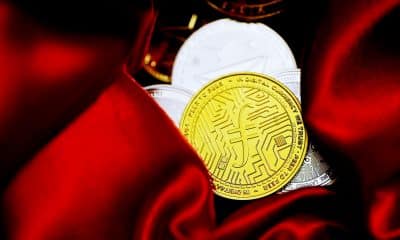 Filecoin: Will this ‘first time’ success lead FIL towards a bullish future

Declination and mostly depreciation was the story of Filecoin [FIL] through Q3 2022. Interestingly, the decentralized storage network saw its first positive revenue growth since the HyperDrive upgrade.

Keep in mind that the HyperDrive update happened in the second quarter (Q2) of 2021 to expand the addition of Filecoin storage. Unfortunately, until this revelation from Messari, a leading provider of crypto market intelligence, FIL had not seen much success in revenue growth.

Filecoin didn’t see any traction in the first and second quarters of 2022 due to the extreme uncertainty pervading the entire cryptocurrency market.

However, according to the latest Filecoin report, revenue per log rose 9% in the third quarter. This growth resulted in an increase of $1.8 million, generating more fees from transactions with token holders.

Ahead here; can’t catch a break there

Despite the breakthrough, Filecoin was not able to assert itself in all areas. According to the same report, the Filecoin network could not offset the decline in its supply-side revenue, which fell by 4%.

According to CoinMarketCap, there was no offsetting position for its volume, which was down 40.56% over the same period.

Will FVM change the momentum?

After the HyperDrive upgrade, Filecoin can look forward to FVM integration. According to the FIL team, FVM would enable calculations and programming on the Filecoin network.

While the FVM testnet is scheduled for November 2022, Santiment announced that preparations for the event may already have started. 11 on October 14, has reversed into an increase reading 49.67 at press time. Elsewhere, the FIL made some big gains for their social dominance on October 3rd and 12th. However, interest and discussion surrounding the coin seemed to have waned as social dominance remained at 0.013%.

On the charts, it seemed that FIL was less interested in breaking out of the bears. But would the upcoming testnet and FVM launch play a role in creating better fortunes? According to the exponential moving average (EMA), the FIL appeared destined for more bearish momentum in the near-term. This was because the 50 EMA (yellow) held a position above the 20 EMA (blue) long-term.