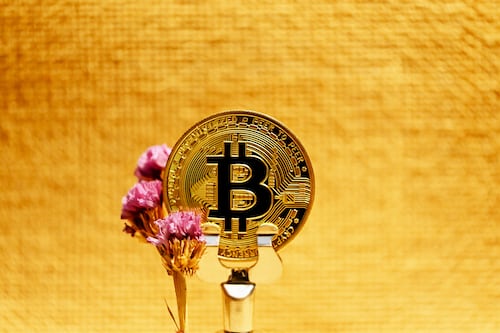 Bitcoiners raised more than twelve bitcoin, worth over $543,000 for Canadian freedom truckers since GoFundMe suspended their campaign.

It’s been almost two weeks since the first trucks arrived in Canada’s capital of Ottawa, setting off what has turned into a global celebration, a freedom rally, nonviolent resistance or a “nationwide insurrection,” depending on your point of view.

The City of Ottawa has declared a state of emergency, is bringing in police officers from other cities to assist and is arresting anyone helping a trucker. Last night, police started confiscating fuel.

“The police made a tactical mistake tonight by confiscating fuel. That fuel is inconsequential and does not impact our ability to keep trucks in place,” tweeted on the ground protest organizer and Bitcoin activist, Nobody Caribou. “They have awakened a beast by showing their corruption on a world stage. Much love to every person who maintained composure.”

Clearly local and federal politicians are hoping the trucks will leave soon, but in an interview with Canadian Bitcoin podcaster John Vallis, Nobody Caribou said the protests are not even close to being over yet.

On the ground, Nobody Caribou has a team of organizers working with him gathering information and communicating with truckers who are planning to stay as long as it takes to bring the changes they want:

In a press conference this past Sunday, truck convoy organizers said they’re here to stay and they have raised over $4 million on the fundraising site GiveSendGo — which they signed up after GoFundMe froze their funds.

They also said at that point that they had received “$300,000 in bitcoin donations.”

GOFUNDME OPENS UP AN OPPORTUNITY FOR BITCOIN

GoFundMe was the original fundraising choice of the truckers before making the move to fundraising platform GiveSendGo because, after raising almost 10 million in donations, GoFundMe froze the truckers account at the request of Ottawa’s mayor.

Well-known philosopher and scholar Jordan Peterson has been tweeting out his support for the truckers and commented about the GoFundMe reversal stating: “The theft of GoFundMe donations to the truckers was the single worst act of political corruption I have ever witnessed in Canada.”

The sense of outrage over the unfairness of this has only helped bitcoin organizer Nobody Caribou, and his committee who have received 12.4 BTC to date from over 4,300 donors.

Committee member Foss told Bitcoin Magazine that donations to the official bitcoin wallet will be anonymous and safe. The donations are being stored in a multisig wallet, so in order to access the donated funds the wallet requires three out of five key signatures to release any funds.

One of the committee members is in contact with the truckers organizers on the ground in Ottawa and will be the liaison for dispersing funds.

On a podcast last night, BTC Sessions and Nobody Caribou said they are considering the best way to disperse funds. The truckers are well organized and are receiving donations so it may be that a kind of truckers endowment fund to finance lawyers may be the way to go.

The committee is hoping to produce a short how-to video to show the process to send bitcoin donations for the truckers.

Meanwhile the City of Ottawa has been unsuccessful in finding companies who will tow away trucks, according to the CBC:

“CBC spoke to multiple towing companies across Ontario, and while many weren’t willing to be interviewed, several sources said that the companies contracted by the City of Ottawa were refusing to tow trucks involved with the demonstration. The city would not confirm or deny this, saying only that its bylaw department ‘uses several contracted services to assist with towing vehicles throughout the city.'”

The protestors’ pivot to Bitcoin has made it clear that shutting down centralized donation services will not be enough for officials to force and end to this standoff. How far Bitcoin can take the cause is yet to be seen.

This article was originally published on Bitcoinmagazine by JESSE WILLMS