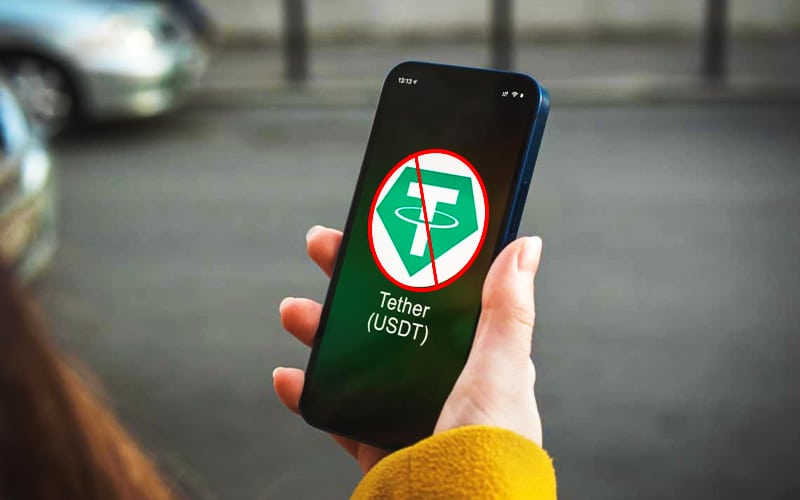 According to an email sent to customers, Crypto.com, one of the world’s largest exchanges by volume, will remove Tether’s dollar-linked stablecoin, USDT, from its trading platform for Canadian users.

The decision was made “by instructions from the Ontario Securities Commission (OSC) as part of our pre-registration undertaking for a restricted dealer license,” according to an email from a spokesperson for the exchange. 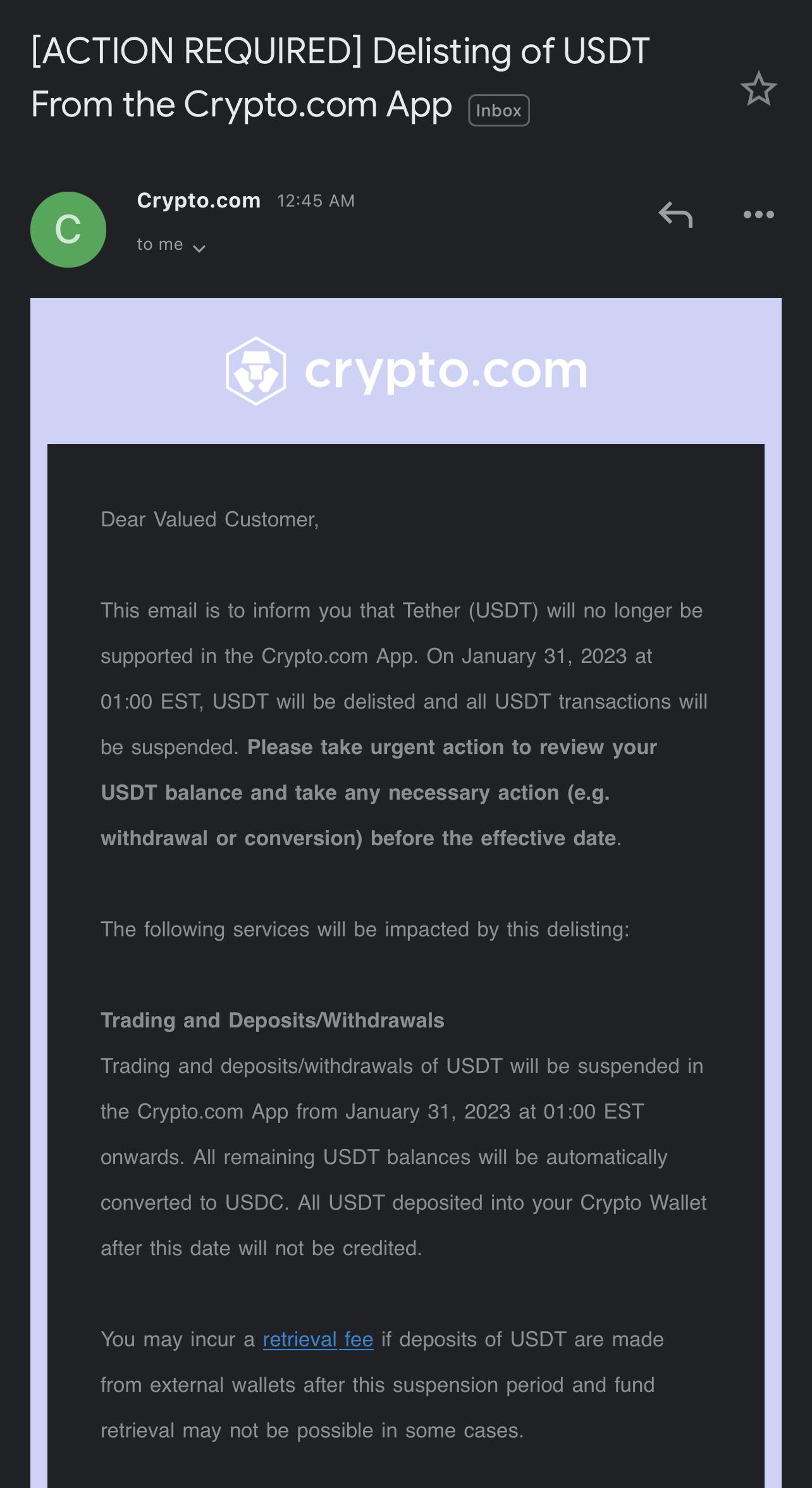 The email says that all USDT trading pairs, transactions, deposits, and withdrawals will be delisted by 1 p.m. ET on January 31. After that time, any remaining USDT user deposits on the exchange will be converted to Circle-issued USDC.

The Canadian Securities Administrators (CSA), the country’s top securities regulatory body comprised of regulators from ten provinces and three territories, announced last month that it would beef up its oversight of cryptocurrency exchanges by “expanding existing requirements.” “for trading platforms that operate in the country. According to the CSA, it “continues to monitor and evaluate the presence and role of stablecoins in Canadian capital markets.”

With a market capitalization of $66 billion, USDT is the most popular stablecoin, competing with USDC ($44 billion market cap) and the Paxos-issued Binance USD ($16 billion market cap). A token is an essential tool for the cryptocurrency market to facilitate trading. Still, there have been numerous controversies surrounding its issuer, Tether, and the assets ostensibly backing its value for as long as it has existed.

According to cryptocurrency analyst John Paul Koning, Canadian digital-asset trading platforms have historically been hesitant to list USDT. Coinberry and Wealthsimple both prohibited USDT from their platforms, according to documents filed with the CSA in 2021.