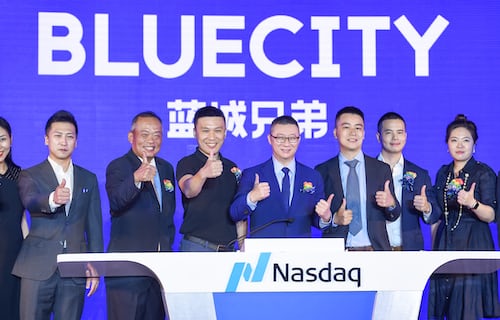 The “Mad Money” host said he’s glad there’s so much negativity in the market because as a stock picker for his charitable trust, there are many names on sale.

“I absolutely love that the stocks are all looking awful. I mean that’s what you want,” Cramer said, as someone who wants to buy low and sell high. “Some of these stocks are cut in half. I’m looking at stocks cut in half where they’re making money.” He added, reiterating his investing theme for 2022, “The ones not making money I’m still not interested in.”

Cramer’s remarks came as Nasdaq futures moved lower Thursday, even as Dow futures edged higher. The Nasdaq’s slide on Wednesday was its biggest one-day loss since February 2021. The Dow Jones Industrial Average and S&P 500 on Wednesday fell 1% and nearly 2%, respectively, after closing at record highs earlier this week.

Cramer said he was encouraged by the Nasdaq’s premarket drop Thursday because “eventually sellers exhaust themselves.” He added, “We have the makings of what could be a bottom,” he said. “I think you should be looking at the techs to bottom today.”

Nonfarm payrolls are expected to grow by 422,000 positions, with an unemployment rate seen dipping to 4.1%, according to Dow Jones. ADP’s December look at hiring at U.S. companies more than doubled estimates. However, data from ADP has not been the best at predicting the government’s monthly report during the pandemic.

Cramer made his comments about the market on both “Squawk Box” and later on “Squawk on the Street” before Wall Street’s open Thursday.