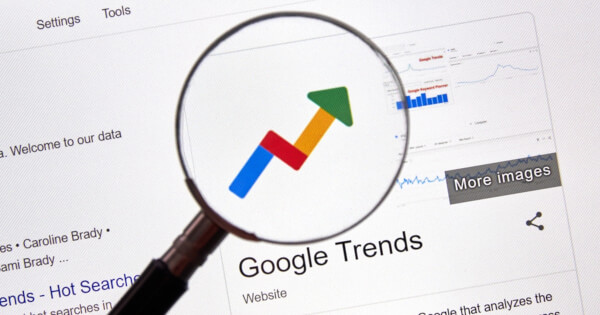 The latest Google Trends data has ranked China as the country with the highest interest for Non-Fungible Token (NFT) related searches in APAC regions.

Per the ranking, China secured 100 points which denotes the highest level of interest from Google users.

The Google Trends data also unveiled that Asia Pacific (APAC) countries, including Singapore, Hong Kong, and the Philippines, make up the top 5, except Venezuela, the only Latin American nation in the top 10.

The searches for NFTs also show a great similarity with searches for NFT trading platforms like OpenSea. The Asian giant also ranked at the top spot for the most searches for OpenSea and Rarible. Three different data affirming the interest for NFTs in China is organic and deliberate as the crypto population explores their options to catch on the buzz surrounding the digital collectables.

The digital currency ecosystem in China has been very much unfriendly, all thanks to the regulatory crackdown from the regional regulators. The nation first banned Bitcoin mining earlier in this year, citing the excessive energy consumption of the token generation operation. Later on, the People’s Bank of China (PBoC) proscribed all transactions relating to digital currencies, with strict advice to financial institutions not to permit such transactions.

Following these developments, crypto exchanges, including Huobi Global and Binance, stopped their product offerings in the country, leaving the crypto population with little avenue to gain exposure to the growing industry. The Google Trends Data for NFT interest in APAC, particularly in China, is a showcase that investors are exploring alternative avenues to invest their extra income.

The potential interest in NFTs in China is billed to be fueled further by the recently launched Non-Fungible Token marketplace by e-commerce giant, Alibaba. With the belief that the crypto industry and the NFT ecosystem, in particular, are still in their infancy, there is a shred of obvious evidence that Asians do not want to be left behind.

This article was originally published on Blockchian.news  by Godfrey Benjamin