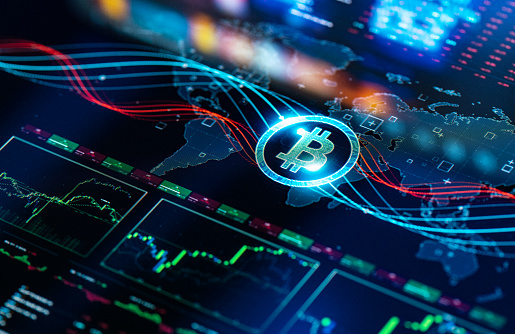 While many people focus on the price of bitcoin and its volatility, the true metric of success is adoption.

Bitcoin: a new and complex technology that almost nobody is able to explain to you. Yet people always talk about bitcoin; however, they don’t focus on the technology, but rather on the price. The bitcoin price swings are often used by both supporters and detractors to proclaim bitcoin’s success or impending failure. For instance, there are outlandish predictions claiming price predictions of up to $1 billion per bitcoin, as well as articles claiming the end of bitcoin:

Bitcoin appears to have died as many as 431 times at the time of writing. Doom predictions are often accompanied with the idea that bitcoin is a Ponzi scheme, as well as that it is useless. Unfortunately, these types of claims represent the vast majority of articles found online. As a result, it is not surprising that the average person has a similar opinion, considering that this is virtually all the news talks about.

Today we decided to talk about something else … usage and adoption.

Let’s first focus on Bitcoin the protocol (rather than the virtual coin) and let’s list a few use cases:

This is not an exhaustive list, but only a few use case examples. While remittance usage is just a cheaper alternative of existing money transfer methods, machine-to-machine payments opens up a whole new industry. As people have begun to explore these areas, bitcoin usage has grown exponentially with time.

I often encounter people who say “No one is using bitcoin.” However, the reality is different. Indeed, millions of people are actually already using bitcoin. How can we be sure? By using metrics.

Let’s look at some of the main usage metrics of bitcoin:

For a network perspective of users we can look at “Unspent Transaction Outputs” (UTXOs). These are coins that people own and that can be spent now.

Today there are ~76 million UTXOs, a far larger amount compared to the amount in 2011. This gives us an indicator for the growth in usage as bitcoin as an asset over the last 10 years.

Next we can have a look at block space usage:source

Transactions are still increasing at a fast pace through scaling solutions like Lightning, Liquid and Rootstock. The Bitcoin network is also used for nonfinancial “transactions,” e.g., merge mining for other networks, or for data commitment for services like Microsoft ION.

A quick look at Lightning:

The Lightning Network is a second layer to bitcoin; it processes transactions instantly for low fees by using a technology called payment channels. Lightning usage has started to grow exponentially in recent months. The technology has reached a level of maturity where it is user-friendly for consumers. Due to how Lightning works we can’t see how many transactions are made on that network, we can only observe the capacity. The people of El Salvador make use of the Lightning Network for payments, as bitcoin is legal tender there.

More people own bitcoin, either on Bitcoin’s ledger or an exchange’s ledger; and more people are making data commitments (“transactions”) on the Bitcoin ledger.

Bitcoin social networks have also grown over the past 10 years. Alongside this, the general public’s awareness of bitcoin has grown too. Most people have heard of bitcoin and have a vague idea of what it is.

Reddit has also grown in number of users; this is a reflection of the broader growth of Bitcoin communities and participation in Bitcoin projects. Twitter has recently added tipping, which allows anyone in the world to tip btc over Lightning. The U.K.’s Financial Conduct Authority consumer research has found that 78% of adults in the U.K. are aware of cryptocurrencies. This varies per country, but on the whole, most adults know of bitcoin.

Bitcoin ATMs can be found in 78 countries worldwide. We also see a pattern of rapid growth, doubling every year.

The spread of ATMs reflects the integration of bitcoin into people’s daily lives. ATMs are also a way for people working in foreign countries to send money home to family or receive money. ATMs are used for small purchases for regular individuals, not by traders who would rather use exchanges.

Cambridge Center for Alternative Finance’s 3rd Global Cryptoasset Benchmarking Study, estimates that the lower bound for crypto users in early 2020 was 101 million, based on the number of individually identified users (“KYC’d” customers).

This number has grown to around 200 million this year, with the Coinbase exchange having more than 56 million users alone.

200 million users is the lower bound; these are only the people who are registered on exchanges. Many people use bitcoin without an exchange however, or even without having a bank account. People can get access to bitcoin by either getting it from friends and family, earning it, or using an ATM. Bitcoin Beach in El Zonte is an example of a circular bitcoin economy where people earn and spend in bitcoin, many of whom don’t have a traditional bank account. It’s hard to track or estimate the number of users that are not on exchanges.

Peer-to-peer trading platforms like Localbitcoins have high bitcoin trading volumes in developing nations and in countries with distressed currencies.

Adoption and usage metrics are telling us the story of whether bitcoin is useful or not. So far every year more people have decided to use the bitcoin protocol and the bitcoin asset in their lives.

Each of these metrics are showing a doubling in 1-2 years, or a growth rate of 50-100% per year. Taking the pessimistic estimate of 200 million users, and assuming a lower growth of 30% per year, we will see 2 billion users within 10 years. Realistically reaching 2 billion users might happen much faster, given that we don’t know the true amount of current users, nor the ultimate network effects from giants like PayPal, Visa, Amazon, Google, etc., if they all become involved, and who could easily onboard hundreds of millions in a short span of time.

This article was originally published on Bitcoinmagazine by CARLOS MASSIAH