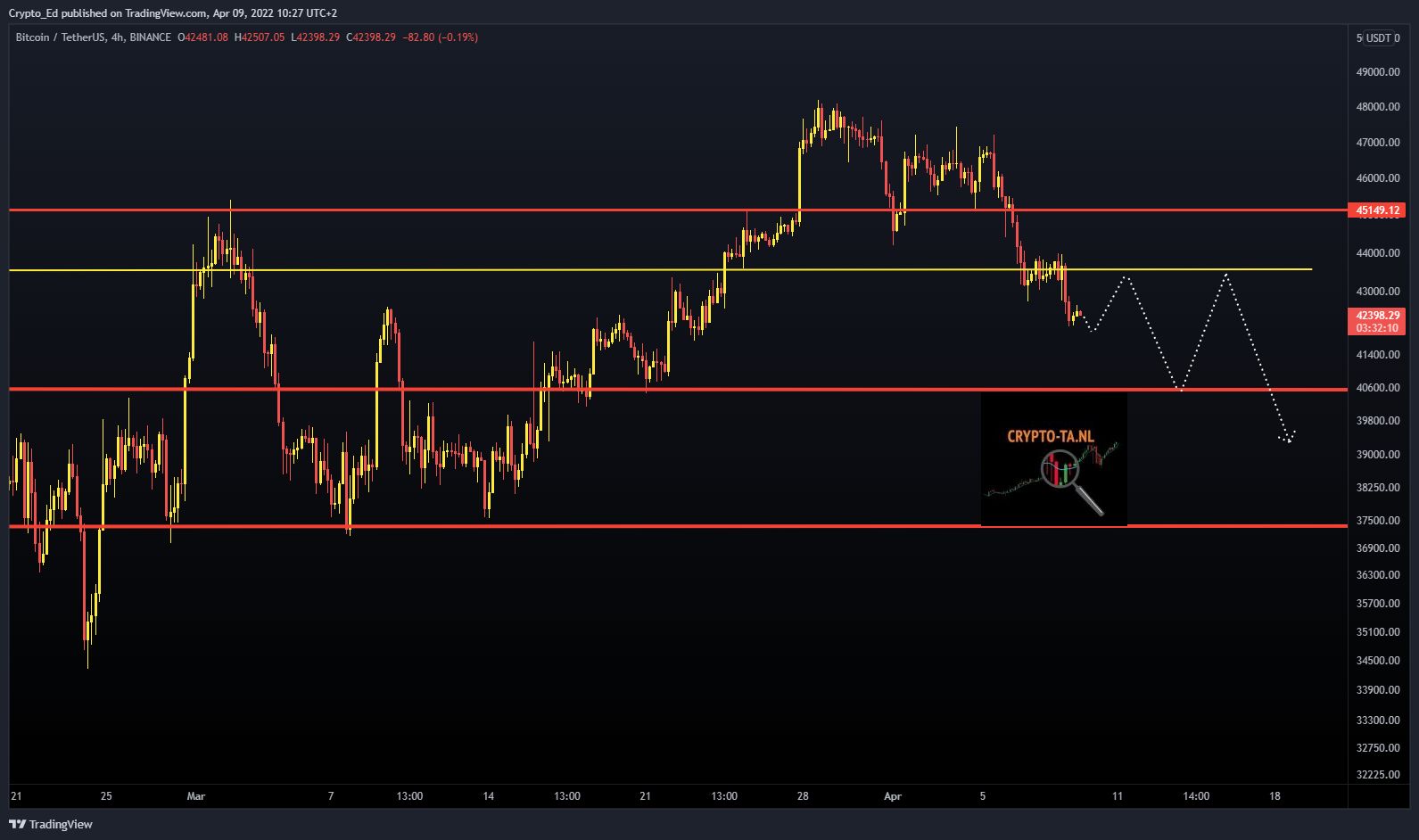 Bitcoin (BTC) headed toward $42,000 on April 9 after bulls failed to spark a late-week turnaround.

Bulls hoping for a rescue move felt the pain, with cross-crypto liquidations totaling $200 million in the 24 hours to the time of writing Saturday, data from on-chain monitoring resource Coinglass confirmed.

For traders, the short-term outlook was thus firmly bearish in character. Popular commentator Crypto Ed eyed a retest of $40,000, but warned that Bitcoin might not stop there.

“As long as it doesn’t reclaim 44k or even better 45-46, I’m affraid we have to be ready for more downside and at least retesting 40k and maybe even lower,” he warned Twitter followers.

“Like I said a week ago, not trusting anymore those moves up.”

An accompanying chart showed a projected multi-step downtrend with support levels at $40,000 and $37,500.

In contrast to the previous week, Bitcoin’s weekly candle set to close Sunday thus included almost $5,000 of losses or nearly 10%.

Nonetheless, not everyone was attempting an exit.

According to the latest data, Bitcoin whales were busy buying up new supply from sellers, with exchange Bitfinex seeing some notable bid volumes getting filled.

Previously, Cointelegraph reported on the significance of Bitfinex whales and their buying and selling habits this year.

Another large-volume wallet of unknown origin likewise continued to buy millions of dollars’ worth of BTC at regular intervals regardless of price action — a strategy known as dollar cost averaging.