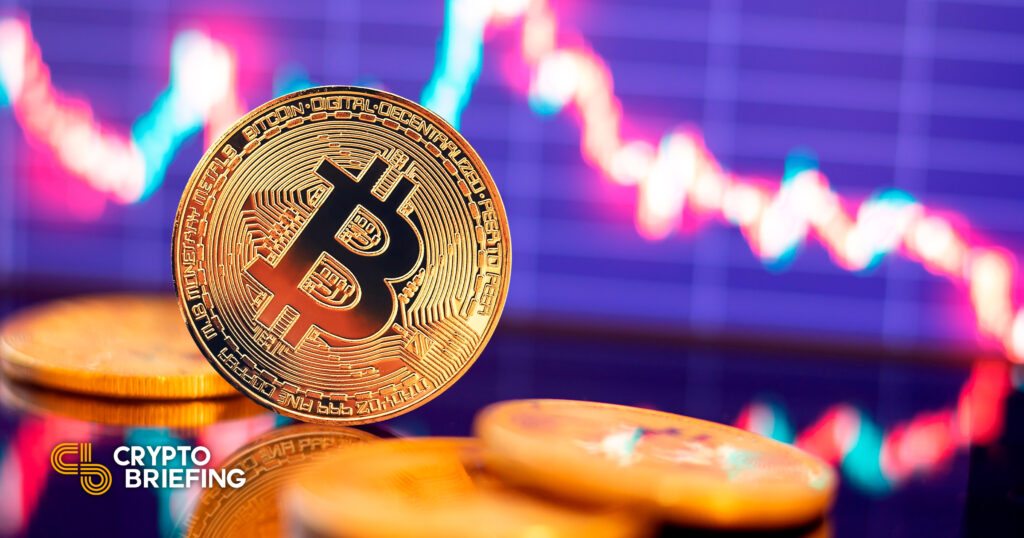 Bitcoin is preparing to enter October in a critical posture. With the macro climate weakening and on-chain data pointing to low interest, the top crypto faces a potential selloff.

Bitcoin is about to close September at a double-digit loss relative to August. As market sentiment continues to deteriorate, the top cryptocurrency needs to hold onto a vital support level to avoid a major correction.

Bitcoin is consolidating around the $19,000 support level. Market participants have taken note of the top crypto’s weak price action over recent weeks.

The market sentiment toward Bitcoin remains negative. Social data from Santiment shows a weighted sentiment score of -0.69, while talk of Bitcoin on social media sits below 20%, indicating that interest has waned.

Brian Quinlivan, Director of Marketing at Santiment, noted the trend in a September 30 recap report, pointing out that “the world remains in a very fragile place, and traders aren’t trusting much of anything to rise any time soon.” Crypto has suffered alongside other risk-on assets throughout this year amid soaring inflation rates, interest rate hikes, a global energy crisis, and market exhaustion off the back of the 2021 bull market.

The declining interest in Bitcoin can also be seen from an on-chain perspective. According to Glassnode data, the number of addresses holding at least 1,000 BTC has remained steady at around 2,117 addresses over the past three days, following a sharp 26.75% decline. This market behavior suggests that prominent investors have lost interest in accumulating more coins.

A similar trend is playing out with miners. According to CryptoQuant data, Bitcoin miners’ reserves have plateaued at 1.86 million tokens, holding around this level for nearly a month. The inactivity among miners follows a significant selloff in August.

Despite the data showing a bleak outlook for the number one crypto, the number of new daily addresses created on the network hints that the top crypto could post a turnaround. The Bitcoin network is expanding, showing an uptick in retail interest since mid-July. The bullish divergence between network growth and the asset’s price points to a potential improvement in momentum in the future.

If network growth hits a higher high at a seven-day average of more than 417,000 addresses, the bullish narrative could be validated.

Transaction history shows that BTC established a critical support level at $19,000, where 1.21 million addresses purchased over 688,000 BTC. This demand wall must hold to prevent a steep correction. If it fails to hold this level, a selloff could ensue, potentially sending BTC to $16,000 or lower.

IntoTheBlock’s IOMAP model shows that Bitcoin faces multiple areas of resistance ahead. The most considerable one sits at $20,000, where 895,000 addresses hold nearly 470,000 BTC.

It’s been a rough year for markets, and crypto hasn’t been spared in the fallout. While Bitcoin is now almost a year into a brutal bear market, several signs suggest that the pain may not be over. Even as new entrants join the top crypto’s network, the global macro picture, declining sentiment and miner interest, and recent price action hint that there’s no clear reason for the Bitcoin narrative to flip bullish anytime soon.

Disclosure: At the time of writing, the author of this piece owned BTC and ETH. The information contained in this piece is for educational purposes only and is not investment advice.

For more key market trends, subscribe to our YouTube channel and get weekly updates from our lead bitcoin analyst Nathan Batchelor.
This article was originally published on  cryptobriefing.com