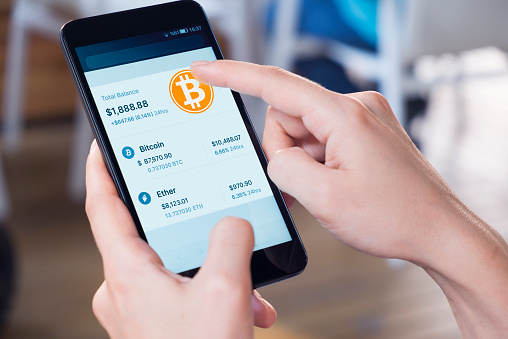 Bitcoin, perched atop the clouds, looks up at the moon with conviction.

SUMMARY OF THE WEEK

It isn’t every week that bitcoin sets a new all-time high, so this week was filled with celebration, especially as the first two bitcoin ETFs in the U.S. launched, sending retail investors into a buying frenzy as the green candles continue. With inflation in some of the world’s biggest economies on a rise, economies struggling to overcome the burden caused by the COVID-19 pandemic and the continuing noise from the money-printers in central banks across the world, bitcoin is poised to break out even more than it has this week. Let’s take a look at what happened this week in Bitcoin:

THE BULLISH ETF NEWS AND MORE

As the market prepared for the ProShares bitcoin ETF to launch on Tuesday, Monday set the industry abuzz. Grayscale announced plans on Monday to convert their entire $38 billion GBTC bitcoin fund to an ETF as soon as next week, should the SEC approve it by then. Billionaire Carl Icahn said inflation could prove bitcoin’s value, as if nothing has happened over the last decade to prove bitcoin’s value!

Tuesday had everyone talking as the first U.S. bitcoin ETF launched to much fanfare, hitting $250 million in trades within the first 15 minutes, as more firms confirmed plans to launch bitcoin ETFs in the near future. Bitcoin bull, Tom Lee, said he sees bitcoin ETFs hitting $50 billion worth of inflows within the first year, which is putting things lightly as Grayscale filed to convert their $38 billion fund into an ETF the same day.

With the U.S. focussed on the $BITO ETF on Tuesday, El Salvador’s national airline, Volaris, started accepting bitcoin payments for flights. Tuesday ended on a high note as the $BITO ETF surpassed a remarkable $1 billion in trades on its first day, setting up a hyper-bullish Wednesday.

Wednesday turned out to be a big day for Bitcoin. It started off with a new video showing off El Salvador’s 100% renewable bitcoin mining operation using geothermal energy generated by the country’s volcanoes. Bitcoin went on a run as the second day of trading for the $BITO ETF saw it’s trading volume surpass $1 billion just after 1pm. Bitcoin smashed through $65,000, then $66,000, setting up a new all-time high of over $66,878, becoming the world’s 13th largest currency in the process.

Later in the day, VanEck’s second bitcoin futures ETF was approved, which will start trading on Monday, October 25th. Billionaire Peter Thiel went on to say bitcoin is “hope” in fighting against tyranny. The day ended with $2.2 trillion asset manager, PIMCO, revealing plans to “invest more” in Bitcoin and digital assets.

Although Thursday saw bitcoin starting a correction, it remained bullish as former U.S. House Speaker, Newt Gingrich, said central banks will hold bitcoin as a “reserve against inflation.” The day’s bullishness continued as The Houston Firefighters’ Relief and Retirement Fund invested in bitcoin, becoming the first public pension fund in the U.S. to invest in bitcoin. The $25 million investment in bitcoin and ether was facilitated by NYDIG.

On Thursday, a team of J.P. Morgan strategists said that bitcoin’s current record run is being driven by the rising rate of inflation in some of the world’s leading economies, and the former chair of the SEC said, regarding the recent ETF launch, that bitcoin has “introduced a new paradigm.”

Later in the day it was revealed that over 1 million hodlers were on the controversial trading app, Robinhood’s waiting list for bitcoin withdrawals, clearly indicating their intent to hodl on, while also starting to understand the concept “not your keys, not your bitcoin.”

Not to let the rest of the week take all the glory, Friday saw CME overtake Binance as the world’s largest bitcoin futures platform. Valkyrie became the second firm in the U.S. to launch a bitcoin futures ETF and Bitmex’s CEO, Alex Hopter, said he expects bitcoin to reach $100,000 before the end of the year.

This week was once again all bull, no bear. Funnily enough, you hardly ever hear from the bears when the bitcoin chart is a sea of green candles. Despite all of this, there were some red candles towards the end of the week, especially on Friday as bitcoin was aiming to dip below $60,000 again, but that’s not bearish, it’s a buying opportunity.

If you want to own bitcoin, then stack some sats and store them in a wallet where you control the keys. It really isn’t that difficult to understand. However, retail investors and speculators love to trade in futures and the current bitcoin ETF craze in the U.S. seems to be all that’s popular, especially with Grayscale’s plans to convert its popular GBTC fund into an ETF. In the short term this should prove to be a catalyst to bitcoin’s growth, especially with global economic turmoil on the rise.However, as seen in the 2017 bull run, institutions and speculators alike are very likely going to cause the next big correction. Obviously, until that does happen, if it does indeed happen this time around, bitcoin is going to be booming, and surges like this week (especially Wednesday’s) won’t be uncommon. Over the coming months we’re going to see new all-time highs on a regular basis, we’re going to see bitcoin breach six figures for the first time and many HODLers become millionaires for the first time.

I have no doubt that bitcoin is heading to $100,000; in fact at this point $100,000 is becoming an increasingly-bearish figure to bring up. Bitcoin may very well hit $200,000 or even $300,000 in the coming months as more and more people across the world adopt laser eyes and jump on the path to financial liberation.

If you look back at the week that was, it’s clear that bitcoin still has a lot of momentum left in it, and surges of 5% or 10% in a single day won’t be uncommon, even as it’s price becomes higher and higher and the critics become louder and louder. All I can say at this point, as I have for months now, is strap in, stack up and enjoy the ride, because the bull run is far from over…

This article was published on Bitcoin magazine