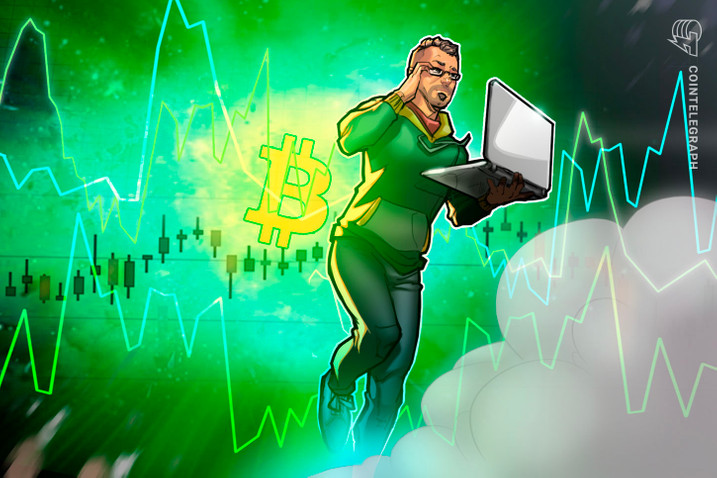 Data from Cointelegraph Markets Pro and TradingView showed BTC/USD bouncing from local lows of $19,740 on Bitstamp around the Oct. 5 Wall Street open.

The pair then reversed prior losses, leading early shorters into $20 million in liquidations in 24 hours.

Michaël van de Poppe, CEO and founder of trading firm Eight, had flagged the lows as a suitable entry point.

“Correction indeed taking place in which $19.8K-$19.9K is an area to look for longs, but also a retest around $19.6K is an important one for Bitcoin,” he wrote at the time.

“Expectation is 3-6% move up on the entire market, average,” he predicted:

“Some shitcoins might be the exception and have higher returns. Then I would like to see bearish signs, but yeah, that resistance should hold. We would then see a strong bearish move towards new lows.”

The U.S. dollar index (DXY), descending from highs though the week, continued to see comparative weakness, helping buoy the mood among risk assets.

The crypto forecast meanwhile tied in with expectations of a comedown for United States equities, with which Bitcoin and crypto remain highly correlated.

In a Twitter thread on Oct. 5, Jurrien Timmer, director of global macro at asset manager Fidelity Investments, said that the S&P 500 reading of 3,300 would represent “fair value.”

“A major buy signal won’t happen until the Fed pivots or the market undershoots the fair value,” Timmer explained.

He added that the markets en masse were “at the mercy of the Fed cycle” of interest rate hikes.

According to estimates from CME Group’s FedWatch Tool, the November hike was more likely to match the previous two at 75 basis points.