BITCOIN AND ANNUITIES — HOW CAN WE REVITALIZE THEIR POOR VALUE? 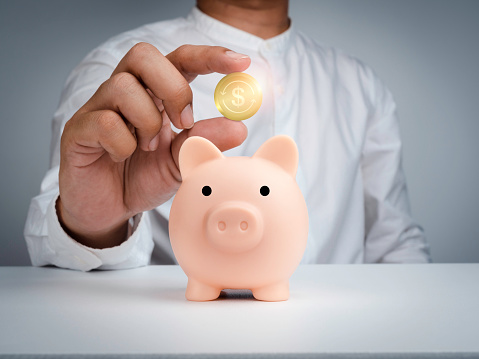 Annuities have suffered greatly over time — bitcoin-based annuities, while not probable any time soon, could reinvigorate the industry.

WHAT IS AN ANNUITY, AND WHY DO THEY MATTER?

An annuity is generally a fixed sum of money paid to someone each year, often defined as payable for the rest of their life. These have typically been purchased from insurance companies upon retirement. A typical annuity quote would be something like, in exchange for every £15 (~US$20.34) of up front cost, I will pay you £1 (~US$1.36) of income each year. These are an important part of the pensions landscape. This is particularly true for personal pensions or defined contribution pensions’, which now make up the majority of pension arrangements in the U.K., where individuals have their own distinct pension “pot” or allocation.

Hence, the cost of an annuity can be conceptualized as the cost of retirement, since it forms the link between the pot of money being saved up, and the guaranteed income that can be realized from that.

WHY HAVE ANNUITIES BEEN GIVEN A BAD NAME?

Put another way, if you want a set income payable to you in retirement as an annuity, you now have to save ~25% more than someone retiring at the same age 15 years ago.

There are two main reasons for the far higher annuity prices in the last 15 years. Firstly, government bond yields have fallen hugely. The 15-year annualized U.K. gilt (government bonds) yield has fallen from roughly 4.7% to 1.15% over this period. Annuity providers price based on this, as they invest the up front annuity cost into U.K. gilts to derive a risk free return on your fund before they have to pay out the income to you each year. A lower gilt yield means a lower return on the underlying investments and hence a worse annuity conversion rate.

Secondly, life expectancy has increased over the last 15 years, too. While this should be greeted generally as good news, it will naturally be reflected in annuity pricing by insurers. With that said, the driver for the higher annuity rates as quoted above has been overwhelmingly driven by the first factor — the huge interest rate changes.

This is relatively easy to validate for yourself in an annuity calculator, such as this one here. Leave the withdrawal amount blank (to be solved for) and enter interval = “yearly,” starting principal = “100,000,” annual growth rate = “1.15%” and length of annuity = “22 years,” and then compare the result to the same inputs but with an interest rate of “4.7%.”

Given these worsening annuity rates, the U.K. media has been somewhat scathing in terms of the value annuities offer. This has coincided (and may have helped drive) with the relatively recent advent of “pensions freedom” rules in the U.K. Put simply, these allow individuals to avoid having to buy an annuity with a defined contribution pension pot and be able to draw it down in their retirement as and when convenient.

These freedoms have generally proven popular, and annuity purchases have fallen considerably. However, by drawing down a pot of money, there is considerable danger of drawing down too much early on (the common media refrain was that pensioners would splurge on Lamborghinis immediately on retiring), or, as is closer to reality, drawing down too little. There is also the danger that if not suitably invested, a bear market at the wrong time can severely dent your pension pot. Studies have shown that if this happens early in retirement, alongside having to take out regular income to live on, the fund level may never fully recover even despite a later upswing.

The irony remains that the concept of an annuity is still a pretty sound one, as nobody knows how long they are going to live for! Guaranteeing a set level of income in retirement through purchasing an annuity brings considerable peace of mind. However, the public have an innate sense that they are a bad value, and given it’s akin at the moment to locking in to an annual return of 1.15% when inflation is far higher, it’s hard to disagree.

So how could bitcoin come in? Let’s consider that, one day, insurers offer bitcoin annuities. These would pay a regular bitcoin income for life in exchange for a lump sum of bitcoin up front. How would that market differ?

My first assumption is that bitcoin offers no risk-free rate, and hence, the insurer would price the annuity rate at an interest rate of 0%. Based on the current pricing and adjusting the interest rate to zero, I’d estimate it would pay 4,545,000 sats per year from a fund of one bitcoin. This is a higher conversion rate than the £3,400 (~US$5,870) annuity increasing at 3% each year (4,545 versus 3,400, from each 100,000 units) which is ultimately priced on a negative real interest rate. For a bitcoin-denominated annuity, we would not require an increasing annuity over time, since we trust the value to hold as a fixed proportion of the overall supply.

At this point, there are some obvious questions and criticisms. Firstly, if the insurer is not deriving any return with the bitcoin we pass to it to purchase the annuity, and simply gradually gives it back to us, what’s the point? The answer, of course, is in pooling longevity experience among a large group of individuals. An annuity gives you a guaranteed income for life, and in this sense, it’s still a worthwhile product. Indeed, the original concept of an annuity is an age-old one.

Other Bitcoiners may also counter that it’s never worth spending your bitcoin. The concept is more a future one for if bitcoin ever reached the point of a dependable sound money that individuals save and spend in equal measure, and no longer seen as an emerging store of value. And even on a future bitcoin standard, the ebb and flow of life remains, nearly everyone has to save in their younger years to help fund retirement costs in later years. You’re also taking on the credit risk of the insurer, but this has always been the case when purchasing an annuity.

Within this point though, here’s the current elephant in the room. Individuals are unlikely to demand a bitcoin annuity product to meet basic income needs in retirement while the purchasing power of bitcoin is so volatile in fiat terms.

To conclude, in the much longer term, a less volatile bitcoin price in the future could breathe new life into the concept of an annuity, both priced in bitcoin and paying out bitcoin. For the time being, annuities will likely remain unpopular as they offer poor value with government bond yields so low. One day, bitcoin-based annuities might restore the obvious value proposition that comes from pooling life expectancy for a large group of individuals to provide each a steady income in retirement.

This article was originally published on Bitcoinmagazine by BITCOINACTUARY