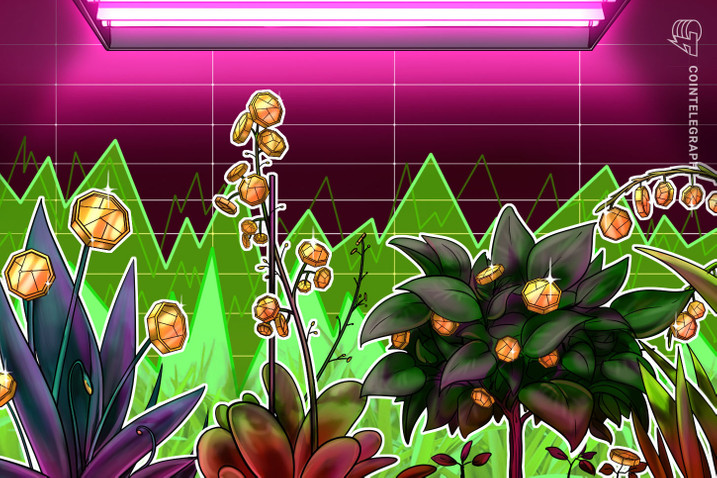 ASTR price booked a 100% gain following a $22 million fundraise and a recently announced plan to launch 15 projects in April.

Following the successful completion of its initial parachain auctions, the Polkadot (DOT) ecosystem has begun to gain traction with the cryptocurrency community as the first chains begin to come online and integrate with Ethereum (ETH).

Astar (ASTR) is one such Polkadot-based project that finished off the month of March on a hot streak after the multi-chain smart contract platform attracted the attention of retail and institutional crypto investors.

Data from Cointelegraph Markets Pro and TradingView shows that after hitting a low of $0.107 on March 22, the price of ASTR has climbed 104% to a daily high at $0.208 on April 1 as demand for the token increased 20-fold.

Three reasons for the rally include the completion of a $22 million funding round, the expansion of the Astar ecosystem through protocol launches and partnerships, and an increase in users and total value locked on the Astar network.

The development that helped kickstart the progress Astar has made in 2022 was the successful completion of a $22 million fundraising round on Jan. 28.

The fundraise followed the mainnet launch of Astar on Jan. 17 and will be used to help develop the Astar ecosystem to support both Ethereum Virtual Machine (EVM) and WebAssembly, allowing developers to deploy existing Solidity contracts as well as Polkadot native smart contracts.

In the months since launching its mainnet, Astar has seen multiple projects launch on its network and is anticipating the addition of even more in April.

The project is referring to the month of April as “Astar Season” because it has plans to launch at least 15 new projects on the network as part of its push to attract new users.

Related: Web3: Onboarding the next billion users — The road ahead

A third factor propelling the momentum for Astar has been the inflow of new users to the ecosystem, which now has more than 100,000 unique wallet addresses.

As a result of the inflow of new users and the launch of multiple projects on the network, the total value locked on Astar hit a new all-time high of $1.16 billion on April 1, according to data from Defi Llama.

The recent growth has given Astar the largest TVL of all the Polkadot parachains and helped it to become the eighth-ranked EVM-compatible chain by TVL.