13 YEARS AGO TODAY, THE BITCOIN WHITE PAPER WAS RELEASED 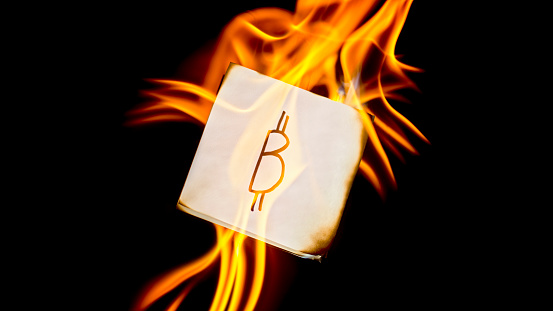 The Bitcoin idea is 13 years old, and its inception to the world was possible only after decades of research and development.

The research paper detailing the engineering and design requirements to enable the first distributed, uncensorable, electronic digital cash system to come to life was released 13 years ago. The Bitcoin white paper publicized the long-sought resolution to the double-spending problem of all previous attempts to build digital cash.

However, contrary to popular belief, the invention of Bitcoin by Satoshi Nakamoto wasn’t precisely an unprecedented construction. The quest for digital cash had started many years before the Bitcoin white paper was published, and Bitcoin is more accurately seen as the culmination of decades of research and development. Satoshi brilliantly applied some tweaks and puzzled it all together to devise the Bitcoin network and its consensus protocol.

Each of these pieces was built upon previous knowledge. The white paper cited eight of such prior developments, hinting at how the pseudonymous inventor arrived at the requirements for creating Bitcoin.

THE PIECES OF THE BITCOIN PUZZLE

The first reference is “b-money,” where Wei Dai explores how cooperation could be possible without governments and trusted entities.

“A community is defined by the cooperation of its participants, and efficient cooperation requires a medium of exchange (money) and a way to enforce contracts,” Dai wrote. “Traditionally these services have been provided by the government or government sponsored institutions and only to legal entities. In this article I describe a protocol by which these services can be provided to and by untraceable entities.”

The paper’s three subsequent references are all about timestamping, which is central to the functioning of the Bitcoin network and its ordered history of blocks and essential to help solve the double-spending problem. Moreover, timestamping proves the existence of data at a specific time.

The second reference is “Design of a secure timestamping service with minimal trust requirements” by H. Massias, X.S. Avila, and J.-J. Quisquater. Again, a paper that explores how to reduce trust requirements in systems.

“We define ‘digital timestamp’ as a digital certificate intended to assure the existence of a generic digital document at a certain time,” the authors wrote. “There are two families of timestamping techniques: those that work with a trusted third party and those that are based on the concept of distributed trust. Techniques based on a trusted party rely on the impartiality of the entity that is in charge of issuing the timestamps. Techniques based on the distributed trust consist on making documents dated and signed by a large set of people in order to convince the verifiers that we could not have corrupted all of them.”

“How to timestamp a digital document” is the paper’s third reference, in which S. Haber and W.S. Stornetta propose a technique to make it infeasible for a document to be back-dated or forward-dated. Bitcoin leverages the idea of linking hashed data to make it not practical to tamper with the records without leaving telltale signs.

The two authors are cited once again in the fourth reference, “Improving the efficiency and reliability of digital timestamping,” in which they explore a way to “achieve exponential increase in the publicity obtained for each timestamping event, while reducing the storage and the computation required.” Merkle Trees are also central to how Bitcoin stores transactional data in blocks and allow for quick payment and block verification by validating nodes.

Adam Back’s “Hashcash – a denial of service counter-measure” is cited by Satoshi and was leveraged to implement Bitcoin’s proof-of-work (PoW) system — the core of the Bitcoin consensus model and responsible for allowing BTC to be mined in a decentralized and free-market fashion. PoW also allows for the lack of human coordination for recording transactions and the lack of trust for achieving consensus. Simply put, without PoW, there would be no Bitcoin.

“Protocols for public key cryptosystems” by R.C. Merkle explores schemes for public key distribution and protocols for digital signatures, which it says is “an ideal method of broadcasting authenticated messages from a central source which must be confirmed by many separate recipients.”

Digital signatures enable Bitcoin users to prove ownership of a transaction output and spend it in a pseudonymous way while allowing peers to verify the validity of such claims quickly. Bitcoin currently uses ECDSA and enables users not to reveal their identities (private keys) when interacting with the protocol. The next major upgrade to Bitcoin will add Schnorr signatures, further improving the capabilities of Bitcoin in that regard.

Last but not least, “An introduction to probability theory and its applications” by William Feller was cited by Satoshi. The pseudonymous creator of Bitcoin leveraged the mathematics book to calculate the probability that an attacker can successfully compete with the honest chain — a central issue in the double-spend problem.